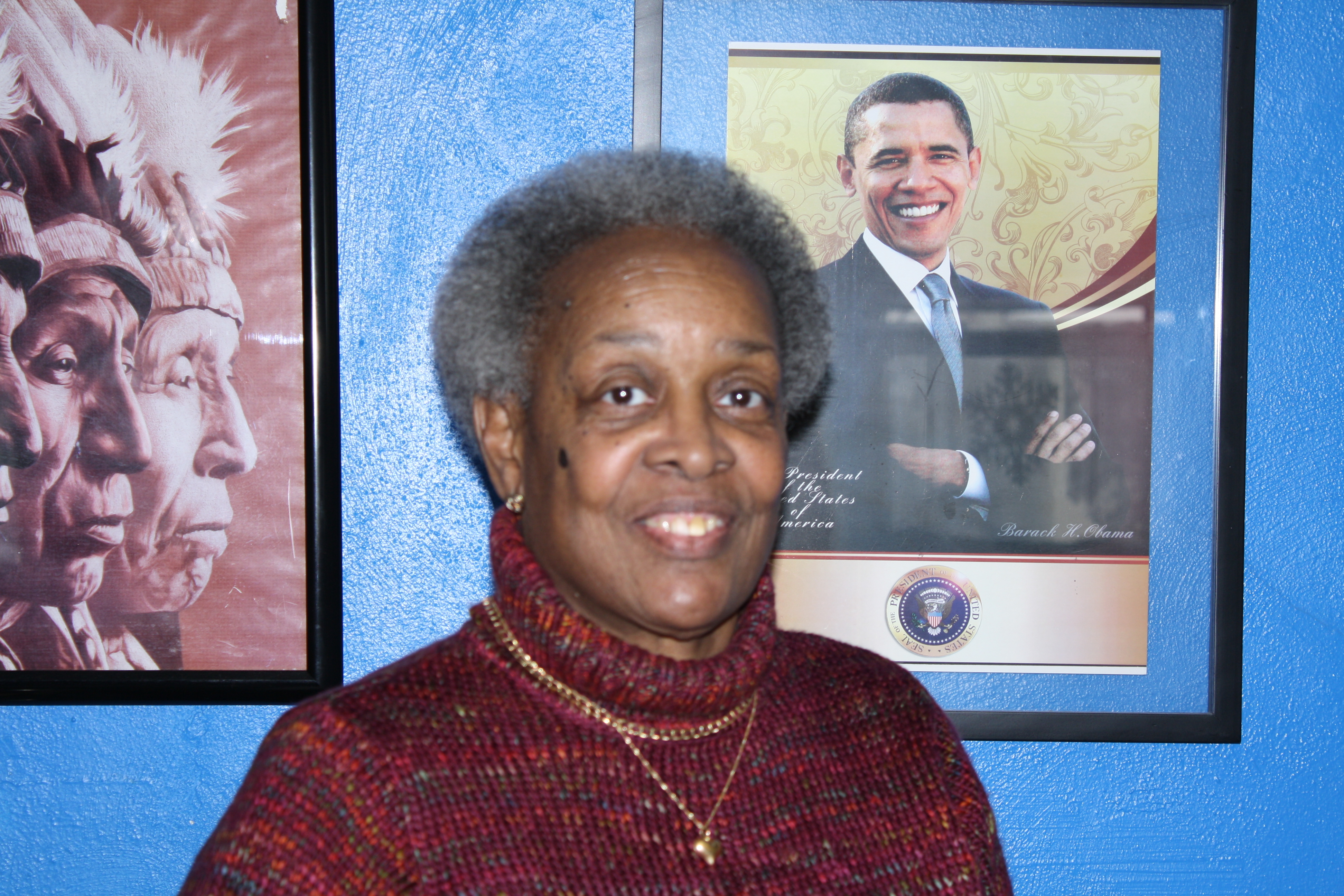 Marcileen Martin cheerfully declares herself “a true Minnesotan” who has spent roughly half her 67 years in each of the Twin Cities, first in St. Paul, graduating from Central High (the same school as most of the crew from Mint Condition) and, for the last three decades, in Minneapolis.

She doesn’t work full-time anymore, but is not the least bit interested in spending her days holding down a rocking chair, gazing out a window and entertaining thoughts of yesteryear. In fact, we are at her workplace, Sabatthani Community Center in South Minneapolis, where she is a part-time receptionist at the Senior Independent Living Center.

It’s a casually appointed space, partitioned off into areas for varied activities, where attendees can regularly socialize and enjoy, among other things, making ceramics, doing a dance line, playing cards, board games, dominos, and so on. Marcileen used to do the same thing for the Urban League’s Grand Lodge office in Oak Park, working at the front desk fielding phones and greeting visitors since 2004.

Comparing life over the years in the two towns, she observes, “St. Paul, I would say, is geared more toward the family to where it’s a different raising of the kids with regard to age. In Minneapolis, I see it’s more kids raising kids.'”

She also notices a vanished tradition of communal parenting. “You can’t say too much to the child, because you’ll have a nice little argument with the parent. That’s not what you want when you’re trying to resolve a situation between your child and that other child. It’s hard to get across to the parent, because they are too quick to fly off the handle.

“Whereas in St. Paul, it’s a lot easier to where you can take your child and go talk to the parent. And have a better understanding of each other. You can resolve the problem a lot more easily.”

Why does she think that is? “I wish I could understand that part. That’s one thing I can’t understand is why it’s so different. Even South Minneapolis and North Minneapolis [are] totally different from each other.”

She does hazard a guess, though. “I find over North, it’s probably those who come from [other] cities and states. And I hate to say, [but from a] different side of the track, because that’s a stereotype. But, that’s the only way I can say it.”

Marcileen needn’t feel guilty. It has, in fact, been since the mid-’80s a malady that a rough element, including gangs, migrate to Minneapolis. Community leaders brought it to the attention of the police department, but that went unheeded until the ’90s by which time they had taken root.

On a considerably more innocuous note, she comments, “In St. Paul, it’s not easy to get around unless you know [the city]. Because the streets are not laid out alphabetically. These do start at, say, 3700 and end with 3750. They just keep on going until they run out of numbers. If you don’t know University [Avenue] runs east and west, you can get lost. And that Dale [Street] runs north and south.

Looking at positive change that has taken place over time, she says, “A lot more kids have the opportunity to go to college. Before, they didn’t. The parents didn’t have the money. Today, sometimes they still don’t have the money, but now they have grants. A whole lot of that. It’s all over the Internet. You have to look and see what’s available. You might get it, you might not get it, but it’s there for you to apply. And education is very important.”

What, in her opinion, would need to be done to improve African American family life in general for the Twin Cities? “We need to start communicating with each other instead of flying off the handle. We need to join together as a whole, instead of just trying to be individuals. Which you are.

“But, [we need] to understand everything [that] not just our generation but the generations way before us have gone through in order for us to build. For us to come together as one. We still have that conflict, that slave mentality where you’re the field Black person [and] you’re in the house. You’re this, that and the other.

“Let that go and move on, because it’s a new era. This is a new day and age. This is the first time we’ve seen a Black person elected [president]. I was surprised. I never thought I’d see that.

“So, we need to move on and do the best we can instead of fighting each other. Get to a table and hash it out, and once you leave that table, leave it there. And try to do better with ourselves.”

In other words, learn from Black history in order to benefit in the present? “Yes.”