Thousands of protesters showed up at Cathedral Park on April 4 for the We are One: March for the Middle Class rally, organized by the AFL-CIO and partner organizations.  Union workers and supporters marched from Cathedral Park to the Minnesota State Capital cheering, singing, and waving flags and signs on the anniversary of the assassination of Dr. Martin Luther King. 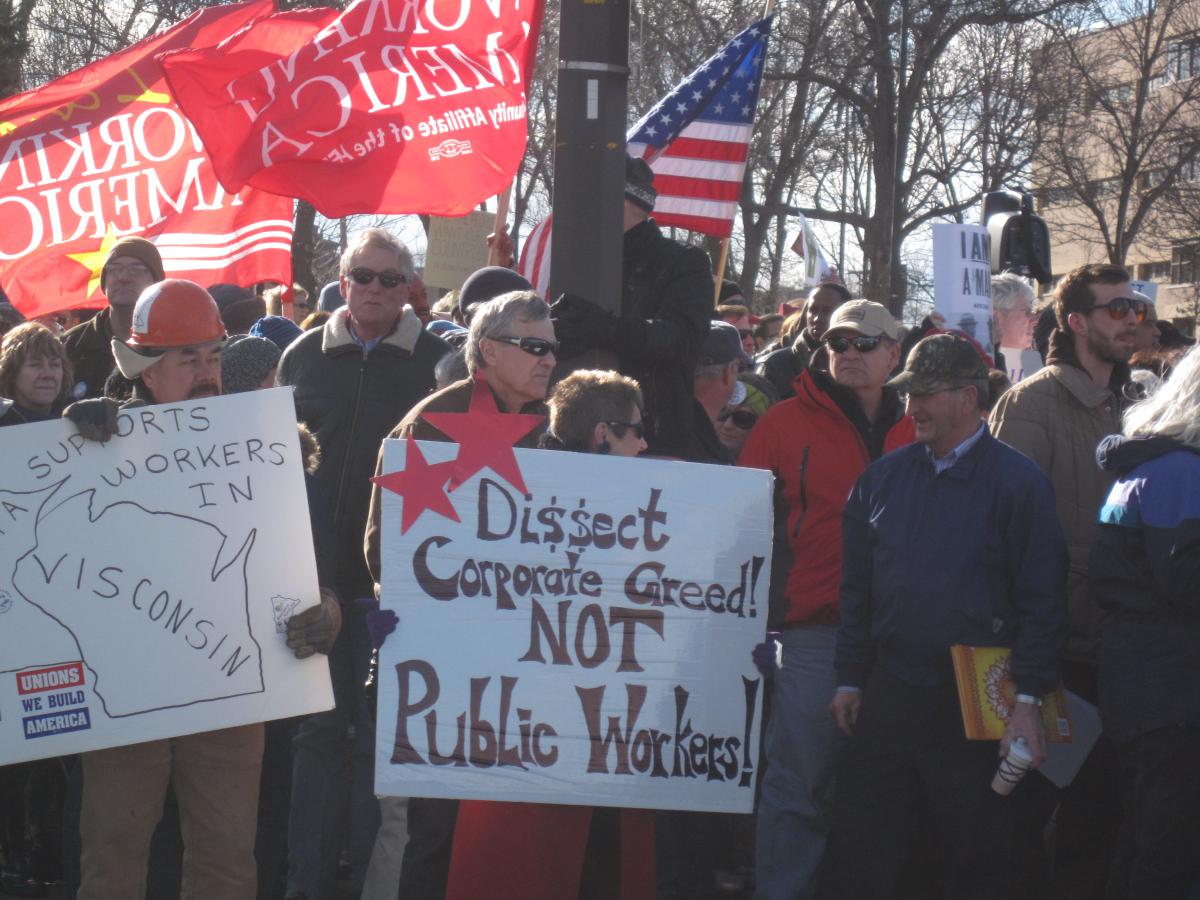 During the march, musicians played, people danced, and at the arrival at the capital a choir sang on the front steps, while everyone cheered and sang along. 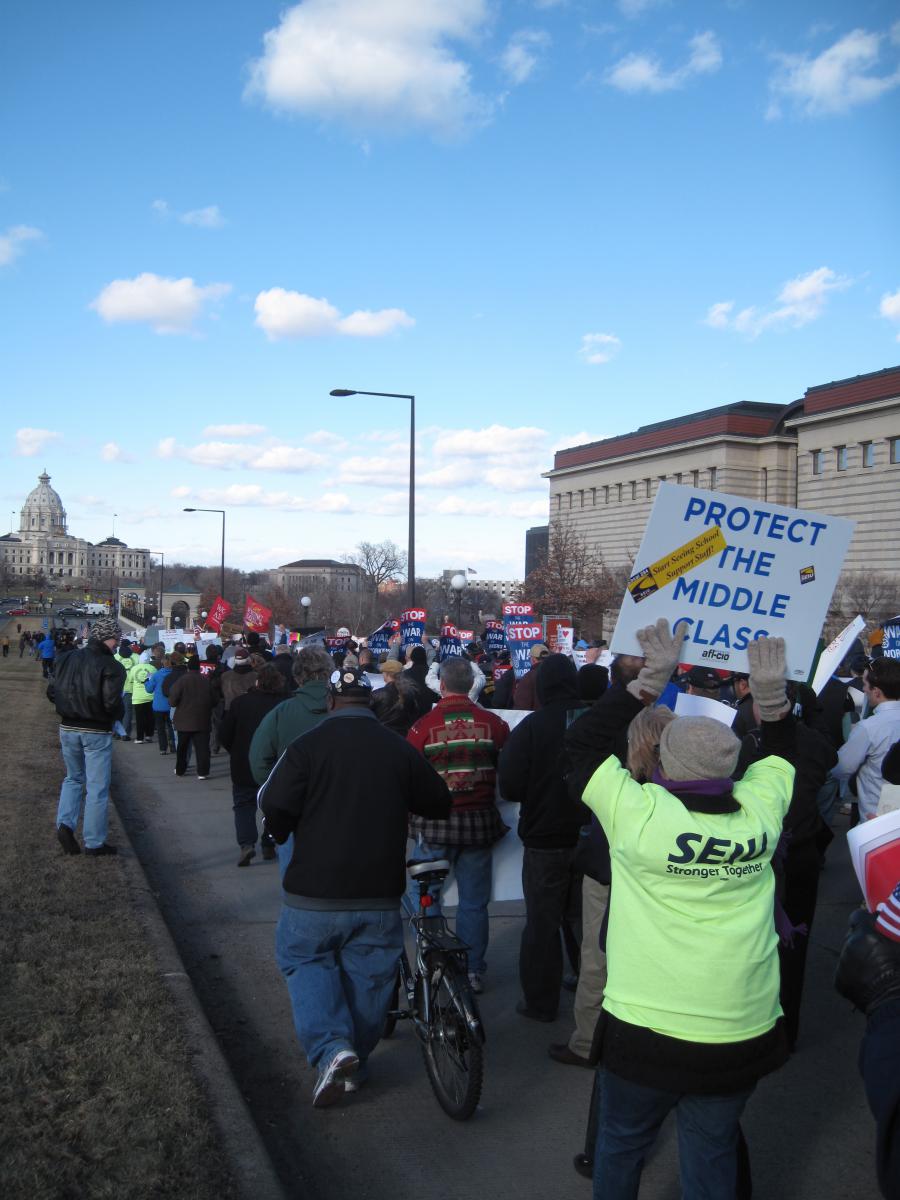 Matt Little, former president of the Minnesota chapter of the NAACP, gave a speech after the marchers made their way to the Capital.  “One of the things—one of the many things—that Martin Luther King left as his legacy is something that we seldom hear and that is he talked about us being together as one,” he said.

Pastor Grant Stevens, from ISAIAH, had a little bit of trouble with his microphone as he spoke, and someone came to fix it.

“Go IBEW!” cried someone from the crowd.

“Actually, I think he’s AFSCME!” someone else called.

“Pretty soon the electricians will be here!”  Stevens said, and began naming all of the partner organizations that made the rally possible, including a number of unions and other nonprofits, such as the Sierra Club, Moveon.org and Jewish Community Action. He also said. “If we have to fight the battles for the nineteenth and twentieth centuries, than we will.  Because we are one and every single person matters!”