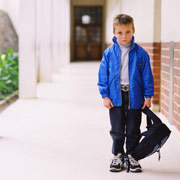 With schools across Minnesota feeling an increasing budget pinch, several districts have opted for or considered moving to a four-day school week to save money.

While it’s debatable whether or not schools see a significant savings going to four-day weeks, we know this move winds up costing most parents more in childcare costs. Over time, a significant economic and education equity narrative also emerges.

A perfect example of this narrative can be found in the Sleepy Eye School District. In April, Minnesota Department of Education (MDE) Commissioner Brenda Cassellius rejected the district’s four-day request due to concerns about achievement goals, student time out-of-school, staff time, and evaluation. Cassellius also pointed to the impact of a four-day week on student nutrition, specifically regarding the free or reduced lunch program. This decision affirms the realization that implementing four-day school weeks holds ramifications beyond the classroom.

This same issue has recently emerged in a more unlikely place, the Twin Cities suburbs. Earlier this year, the Burnsville-Eagan-Savage School District flirted with four-day. As part of a plan to save $5 million next school year, the district entertained the idea of instating a four-day week model by slashing 17 days from the academic calendar. However, the school district has since dropped the proposal after widespread parent objection.

Previous analysis has touched on the disruption that a four-day model causes to child care, but what does this look like when applied to the Burnsville-Eagan-Savage school district?

As the accompanying map highlights, moving to a four-day school week would have cost district families an additional $518.50 to $595.00 per student annually, with average daily child care costs varying across the district. These figures do not take into account existing days off of school for parent-teacher conferences, teacher in-service days, and holidays; in total, the average child care costs for days off exceed $1200 annually across the district. 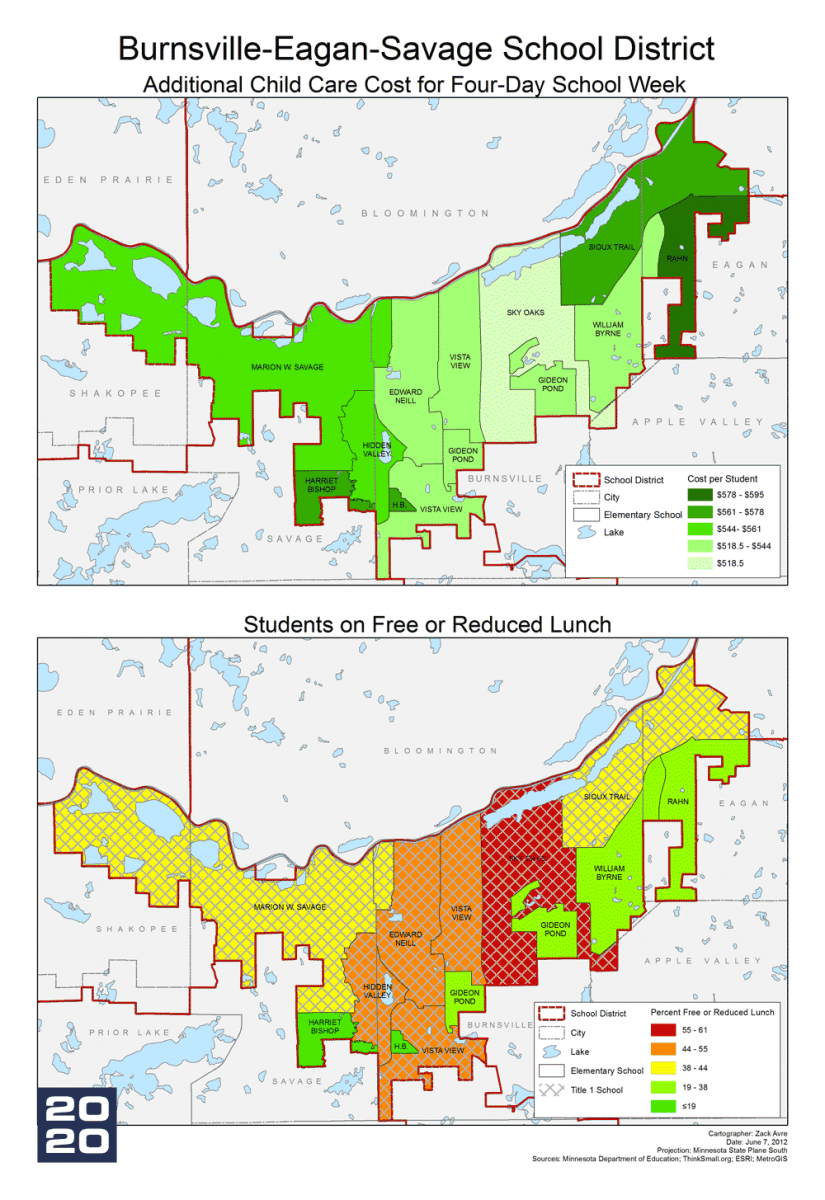 These additional costs do not appear unbearable considering the five cities that comprise the district—Apple Valley, Burnsville, Eagan, Savage, and Shakopee—are all above Minnesota’s median household income for 25 to 44 year olds, according to estimates from the 2010 American Community Survey (ACS). In fact, ACS places Savage’s median household income for 25 to 44 year olds just shy of $100,000. With such relative prosperity, an additional $500 to $600 doesn’t seem too problematic.

Numbers can be deceiving, though, and when juxtaposed with the percentage of students on free or reduced lunch in 2011, a different picture materializes. Although a suburban school district, Burnsville-Eagan-Savage retains a relatively high level of socioeconomic diversity. As the map above shows, six of the ten elementary schools in the district had rates of free or reduced lunch above the 37.3% state average, with four schools over 50% free or reduced lunch. Additionally, a majority of the district’s elementary schools are Title 1 schools, which receive federal aid to support low-income students.

Considering these factors, the costs of moving to a four-day school week for families become more glaring. Creating the need for additional child care will undoubtedly place extra financial burden on families that are already in a crunch.

What’s more, many households in the school district are still facing uncertain economic conditions. As late as April 2012, 1 in 1116 households in Dakota County and 1 in 491 households in Scott County faced foreclosure, according to RealtyTrac.

With these underlying economic conditions, the Burnsville-Eagan-Savage School District was wise to put its proposal to rest. However, budget crises remain a real issue, and school districts across the state need help. Instead of cutting education funding and forcing school district to flirt with four-day weeks, policymakers should be investing in schools and their respective communities.  When both are healthy, our kids can get back to learning and Minnesota can move forward.

The recent MDE decision in Sleepy Eye and district backtrack in Burnsville-Eagan-Savage are steps in the right direction, yet school districts need more help to avoid these decisions altogether. As we’re seeing across Minnesota, greater cuts to education funding mean tougher decisions for school districts and greater burdens for families. 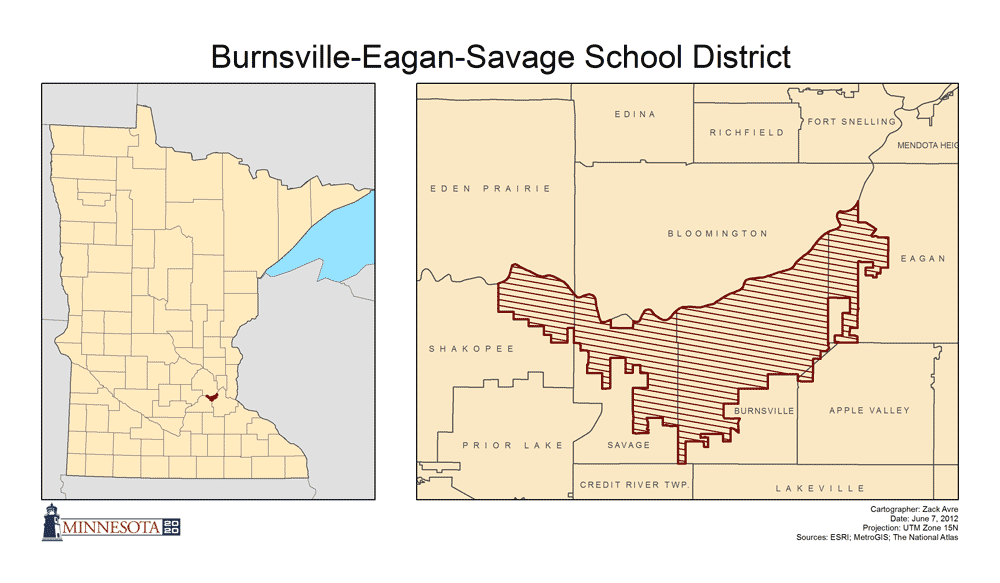