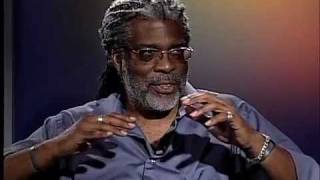 In Part One of our little fireside chat with filmmaker Craig Laurence Rice, we learned that, before he got around to programming this year’s “Minnesota Made” films at the Minneapolis-St. Paul International Film Festival, he had dropped out of Lutheran high school, become a hard-living bass player, and happened upon a scholarship to one of the best film schools in the world. We left him in L.A. with his broken-down car, desperately wanting to hightail it back to Minnesota.

What was so scary about the University of Southern California?

Look, I was a down-home kid from Minneapolis, and the students at USC Film School were the brightest, richest kids in the world. I mean, we’re talking about real money. One of my friends’ dad patented the aerosol can, another ran Mattel, another one’s mom was the editor of Reader’s Digest.

And the film school was very Hollywood, all about business—we read the trades, trying to figure out how to make films that were just like other films that had already made money. My socialist self wanted to do something different.

You just said the S word.

Some USC friends and I decided to make a documentary about desegregation in the Los Angeles public schools. It was during that project that I realized maybe I should be a producer. The other students didn’t really get the part about fundraising and getting support for projects, so I did it. I got funding from Richard Pryor’s producer Burt Sugarman, and from ABC.

Pretty good for a down-home kid from Minneapolis.

That documentary was nominated for an Emmy. We got Ed Asner to narrate it. I wanted to get Jane Fonda, but ABC nixed that radical idea.

What did you do after USC?

Lemme think. I got a job reading scripts for an agent. Did a documentary about jazz musician Art Pepper. Started working in the feature film business, but it was tough – this was in the late 70s, when the wave of independent film that had been going strong was starting to die out. Worked on Coppola’s “One from the Heart.” He had to declare bankruptcy after that, and I was like, man, if even Coppola can’t make it, this is gonna be tough.

But you didn’t go skulking back to Minnesota.

By that time I was married and had a daughter. Having to buy diapers definitely motivated me to keep working. Another bad thing about Hollywood at this time was that there were no black movies being made. I was 2nd Assistant Director on a couple small-budget B-movies by Rudy Ray Moore, but that’s not really the kind of thing that I was interested in working on.

You were getting AD gigs—that’s something.

Yeah, I was 1st AD on John Sayles’s Brother from Another Planet. I was really getting sick of L.A., though. Back when I was 18, Cecil Taylor had invited me to come to New York and play in his band. I was too scared to go at the time, but by now I was like, hell, I’m getting divorced, I’ve only got $25 in my pocket, but I’m going to New York and see what happens.

People say New York is an arts capital, but the real art of New York is making money. Within two hours of arriving there, I had a job in the mutual funds department of the Bank of New York. I made up a fake address to put down on my application—surely there had to be an “Atlantic Avenue” somewhere in town, right?

After awhile I talked myself into a job as assistant to Joe Papp, founder of The Public Theater. He taught me some very important life lessons that I didn’t really understand till I got older. The main one was, “You gotta have rich friends.”

Seems like you learned that one back in college.

Then I heard from an ex-girlfriend that a TV company called Titus was producing dramas for the Eugene O’Neill Theater. I talked my way into a job as producer for these TV shows, three or four of them a year. It was amazing. I worked with people like Kathy Bates, John Turturro, Art Carney, August Wilson, Lee Blessing, Wendy Wasserman. This was in the early 80s, and somewhere in there I went back to Minneapolis to be the assistant director on Purple Rain.

How did you score that job?

I had gone to school with the director, Albert Magnoli, at USC. While I was in Minneapolis for Purple Rain, I started making music videos for Alexander O’Neal, and I got a job on a home improvement TV show here. So I pretty much moved back to Minneapolis. Managed the Purple Rain road tour for Prince during that time as well.

Can we sum up the next ten years or so in a series of name-drops?

Well, I started managing bands, so here are some of those: Prince’s band Mazarati, Taj Mahal, Limited Warranty. Later I managed Bobby Brown and Whitney Houston. Worked with Diana Ross as well.

I was one of the first African-American music managers in the country. I didn’t really like managing musicians, though. That job is all about making other people’s dreams come true, not your own.

I worked with Prince for a long time. I ran his Paisley Park Enterprises, co-produced his Graffiti Bridge film, opened a Japanese version of Paisley Park in Yokohama. While I was in Japan in 1992, there was a sort of a coup at Paisley Park in Minnesota, and Prince and I parted ways.

A story for another time, perhaps.

Okay, just tell us three more random things about your life, and then tell us about the films you picked for MSPIFF.

One. I developed a music business curriculum for the school that became St. Paul-based McNally Smith College of Music, and I taught at its branch in Germany.

Two. I got Denzel Washington and HBO signed on to a documentary about Gordon Parks that I’d always wanted to make, called Half Past Autumn, and I directed and co-produced it.

Three. I was executive director of the MN Film & TV Board during the time that the bottom fell out of the Minnesota film business. Governor Jesse Ventura said he’d restore funding if I could get his kid some film work in LA, and I tried, but the kid didn’t find work, and the money didn’t materialize.

Let me know if any lawyers call you about that last sentence and I’ll delete it.

So. What were your criteria for choosing the Minnesota-made films for this year’s film festival?

Quality was the order of the day. Lots of the entries looked great, had high production values and all that, but we chose films that looked great and had a strong story line. Some of the documentaries are Oscar-worthy, like Keri Pickett’s The Fabulous Ice Age, about the history of ice dancing, and Amy Gattie’s Too Cold Out There Without You, about a transgender priest.

There’s a wonderful doc about animation by Kevin Schreck called Persistence of Vision that will play right before the Animated Shorts section. I love Gus Ganley’s Twilight of the Mississippi. Jim Tittle’s The Price of Sand, about frac sand mining, is excellent. [Writer’s disclaimer: I worked on that film. But Craig didn’t know it. And he really said that.] It will be part of the special Earth Day screening, along with Aleshia Mueller’s Living with the Land and a few others.

Any short films in particular stand out for you?

See you at MSPIFF.