Some say sports and Christianity don’t mix. When an athlete says, “Thank God” after a score or a big win, some question their sincerity. But not the following locals. “We all share a mutual best friend — Jesus,” says Lynx guard Candice Wiggins (below). She, Taj McWilliams-Franklin and Maya Moore (pictured, above) spoke last month to fans after a game, briefly testifying their Christian walk. Later after a practice, Wiggins told me, “My mother is a prayer warrior, so at a very young age I got to see what the Spirit of the Lord has blessed our family. The Lord has been everything to me. It has been an individual walk that I have had.” 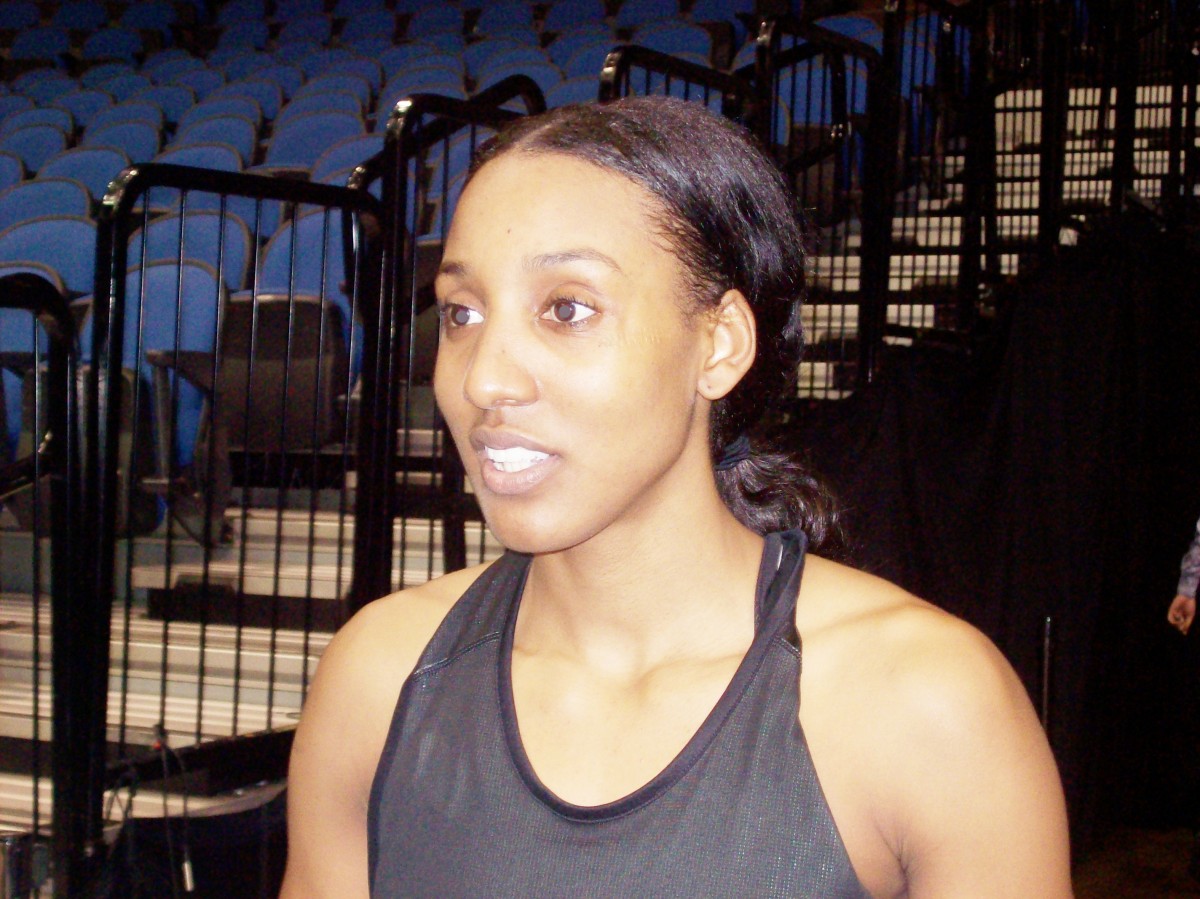 Although before she accepted Christ around age 12 or 13, Moore says, “Just because your family is Christians doesn’t automatically make you one.” She and her mom eventually found two churches “where my mom and I could feel the power of God inside the church and outside of it” after they moved from Missouri to Charlotte, North Carolina. McWilliams-Franklin says that she was raised a Muslim. “When I made my decision, my mom had just become a Christian,” she recalls of her conversion as a 19-year-old. “I was raised Baptist my whole life,” adds Lynx guard Monica Wright (below). She went to church and read the Bible, “but I didn’t really get into the Word and actually study it until my senior year in college” a few years ago, she points out. She met the pastor of a local church, who invited her to a Bible study. 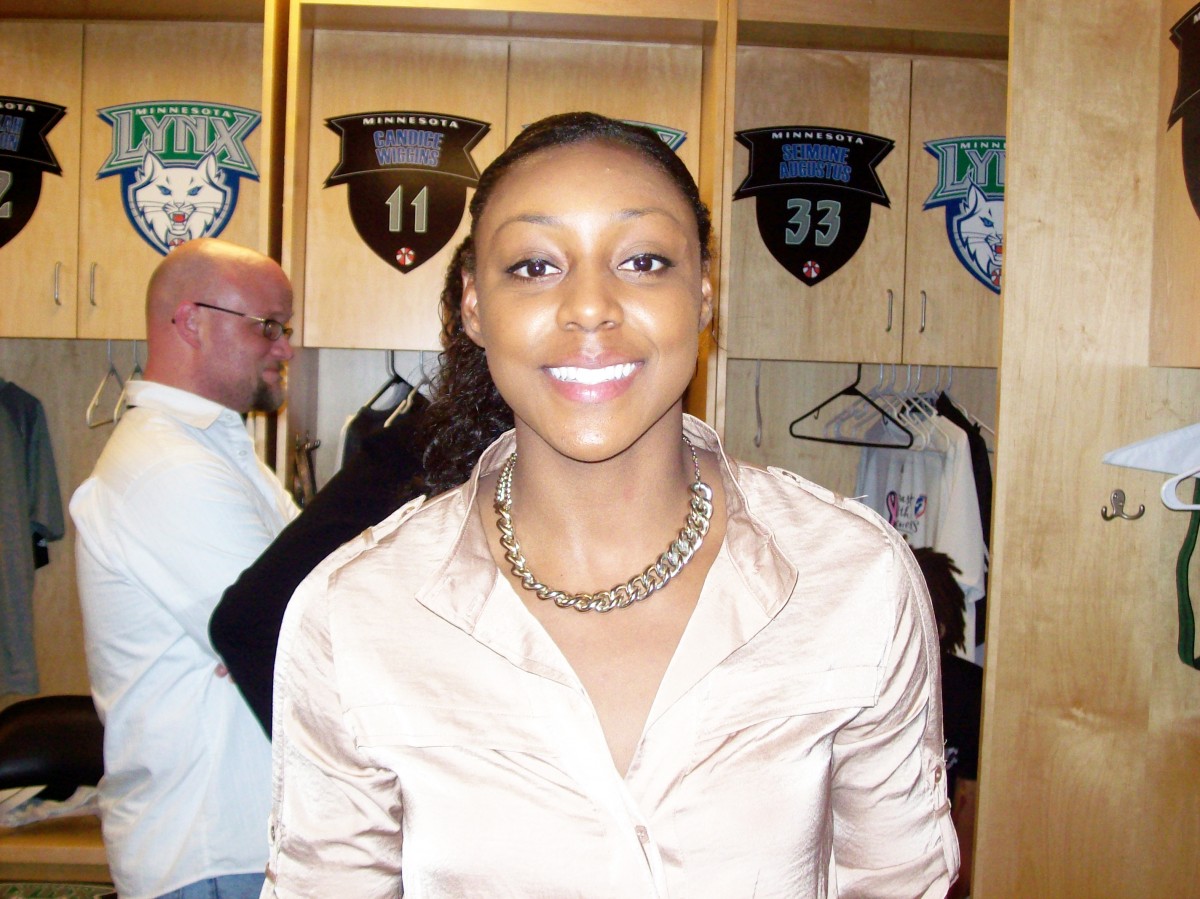 “I’ve been following Christ [ever since] and trying to do my job as a Christian,” says Wright. The four Lynx players, as well as others, regularly attend chapel, which is optional to all players, and is led before each game by team chaplain Michelle Backes. “It’s awesome,” notes Wiggins. “We have Bible studies every week.” “I’ve been on a club when I was the only one in chapel,” explains McWilliams-Franklin, the team’s oldest player in her first year in Minnesota.

“I’ve been on a team where everybody went to chapel, but confessing and just attending chapel are two different things,” Speaking at a local faith breakfast in June, Minnesota Vikings Head Coach Leslie Frazier said that his faith “developed over a period of time” since he was a teenager. “There were many times that I didn’t want to go to church, but [his mother] made [him and his two brothers] go,” recalls the coach. “One Sunday our pastor talked about what it means to be saved. He talked about a personal commitment…something no one can do for you.” When the pastor asked aloud, “Are you sure where you are going to spend eternity?” Frazier said he wasn’t sure at the time.

“But I wanted to be sure,” and he accepted Christ that day. His faith has been tested many times, including when he got injured during a game and tore his knee. “Those were tough times, and it really put my faith to the test because I hadn’t experienced that type of adversity before,” says the former six-year NFL player, who played for Chicago. “I was looking forward to having a long career.

[But] when I laid up in that hospital bed, when the doctor came in and told me that there is a very good chance that [my] career would be over…that is not what I wanted to hear.” Frazier was forced to retire, but he soon realized that his faith in God had to be first. He soon transitioned into coaching. Wiggins, McWilliams-Franklin, Moore, Wright and Frazier don’t all just talk the talk, but walk the walk as well. Although he wants to be a successful NFL coach, the Vikings coach says, “At the end of the day, God is not going to ask how many rings did you get while here on earth. What’s most important is whether or not I accepted Christ as my Savior.” “You face challenges every single day you step out the door,” says Wright. “It helps just having other people around you encouraging you [and] understanding that we are in this together.” 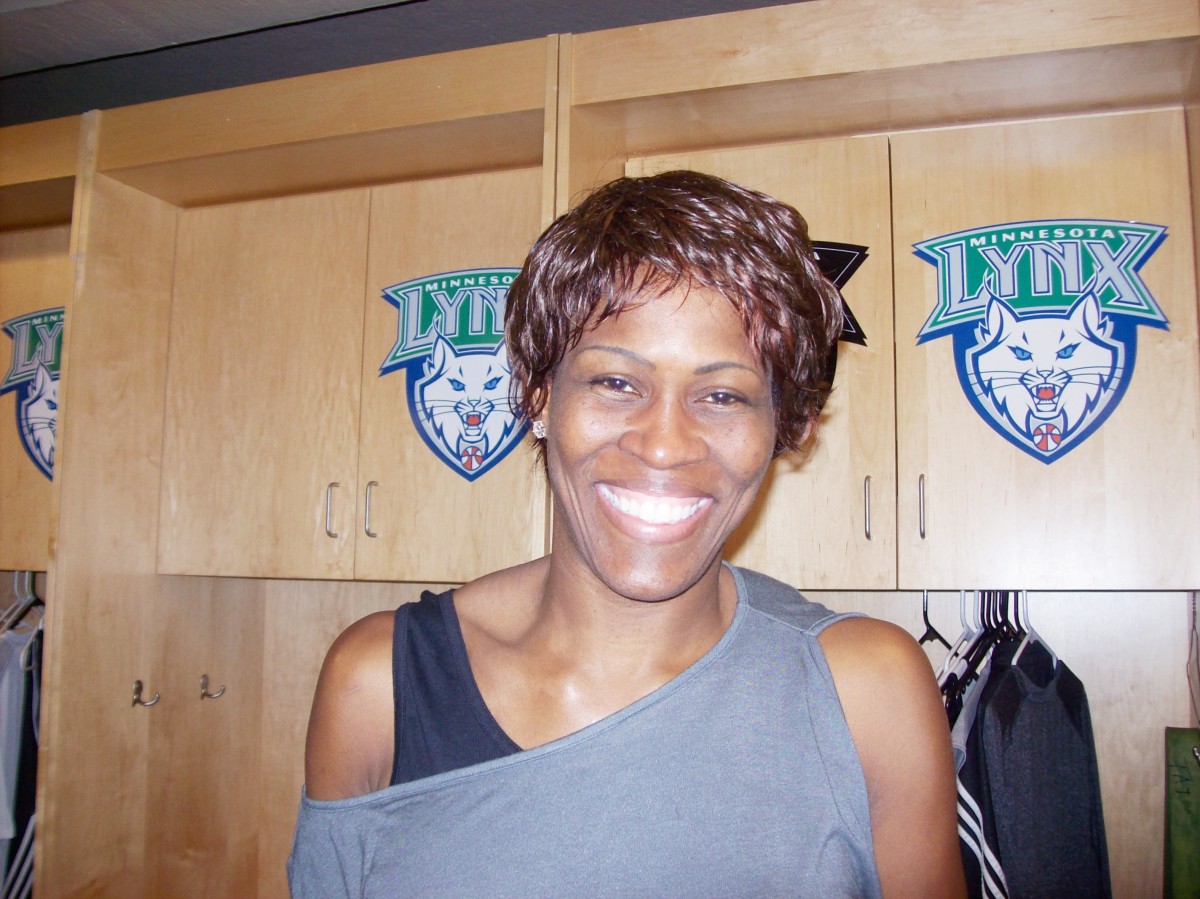 “Every step that I have been on, God has put me where I needed to be and [at] the pace where I needed to develop,” says Moore. Wiggins says she is “really learning about fellowship” from her like-minded teammates. “I like being around people who believe the same thing, and not just say it,” concludes McWilliams-Franklin (above). “I’ve been playing all these years on God’s favor. It has been important for me to keep everything in perspective: My faith is first, then family, and then fun — which is everything after that, basketball included.”