Later in July I will be leading a seminar with the Mentoring Project of Minnesota and representatives of youthrive. It is the third of eight sessions titled the “Impact Exchange.” These monthly gatherings seek to help mentoring programs and all interested parties dialogue and strategize how to confront the issues of Race, Class and Privilege in their personal lives and the programs they lead.

The July session is titled “Race, Class and Ethnicity Matters” In my 28 years of working in diverse communmities I’ve seen that frequently, conversations regarding racialized issues and efforts to correct injustice get derailed for the following reasons (if not more):

I want to throw out my thoughts, and welcome you to reply with yours. Agree, disagree, expand and challenge, I want to throw this discussion onto the internet and then into your happy hour, book club, staff meeting, bed time chat, or frat list serve. Maybe we can all get to understand these issues better and traverse with a bit more confidence the Journey to Beloved Community.

RACE: Racialized Constructs are relatively new ideas in human history, really not much more that 500 years old. Prior to the era of European Colonialism, people were identified by ethnicity, continent of origin, language and only occasionally by skin color and even then there was not social weight attached to the tone of one’s skin. While ethnocentrism was normal to most all groups, people knew that all humans were human beings, the same race .

Racial categories arose through European efforts to justify inequality. The Doctrine of Discovery initially gave Christianized (at that time all European) Lands the right to conquer and subject to slavery any non-Christian people and lands they should encounter. The problem with the Doctrine of Discovery, (for the Conquistadores and their counterparts) was, “What happens when the heathen becomes my Christian Brother?” Thus arose race theory: “ These people may become Christians but because of innate qualities of their “race” they are still inferior, must be controlled and dominated, and can never be seen as an equal. “ (At this time the focus shifted from the slave being a “heathen” to a “Negro”) 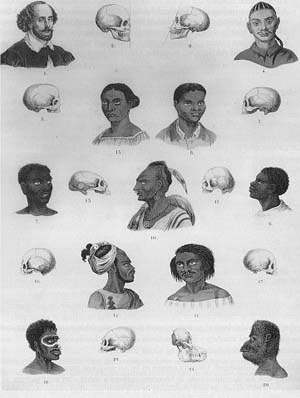 Racial Theory attached it’s self to an elementary Darwinism and anthropologists went on to categorize humans and much human behavior in terms of the following groups: Caucasoid, Negroid, Mongoloid, and Australoid. They believed everything from physical characteristics, to social and behavioral dispositions could be attributed to the racial groups one descended from. Additionally since the scientists doing this work were all Caucasian, they taught that the Caucasoid people were the most highly evolved.

However, race is not a genetic anthropological reality, but a social construct. Visit this article for more about what it means that race is a social construct. There is as much genetic difference within any “racial group” as there is between any two people from different racial groups. Race is the result of attaching social significance to a few specific genetic traits.

So consider this, while the science of racial differences is generally refuted (however there are still plenty on the internet who deny this) how do racial categories still impact society; beliefs about crime, education, and opportunity? Why are the negative messages of race we have inherited so hard to dispel?

Most of our society recognizes the falseness of race theory and refuses to categorize people by the archaic terms “Mongoloid, Australoid, or Negroid, why is it that the term Caucasian is still in wide usage?

Human differences are real, what are ways to discuss them that are beneficial and not harmful?