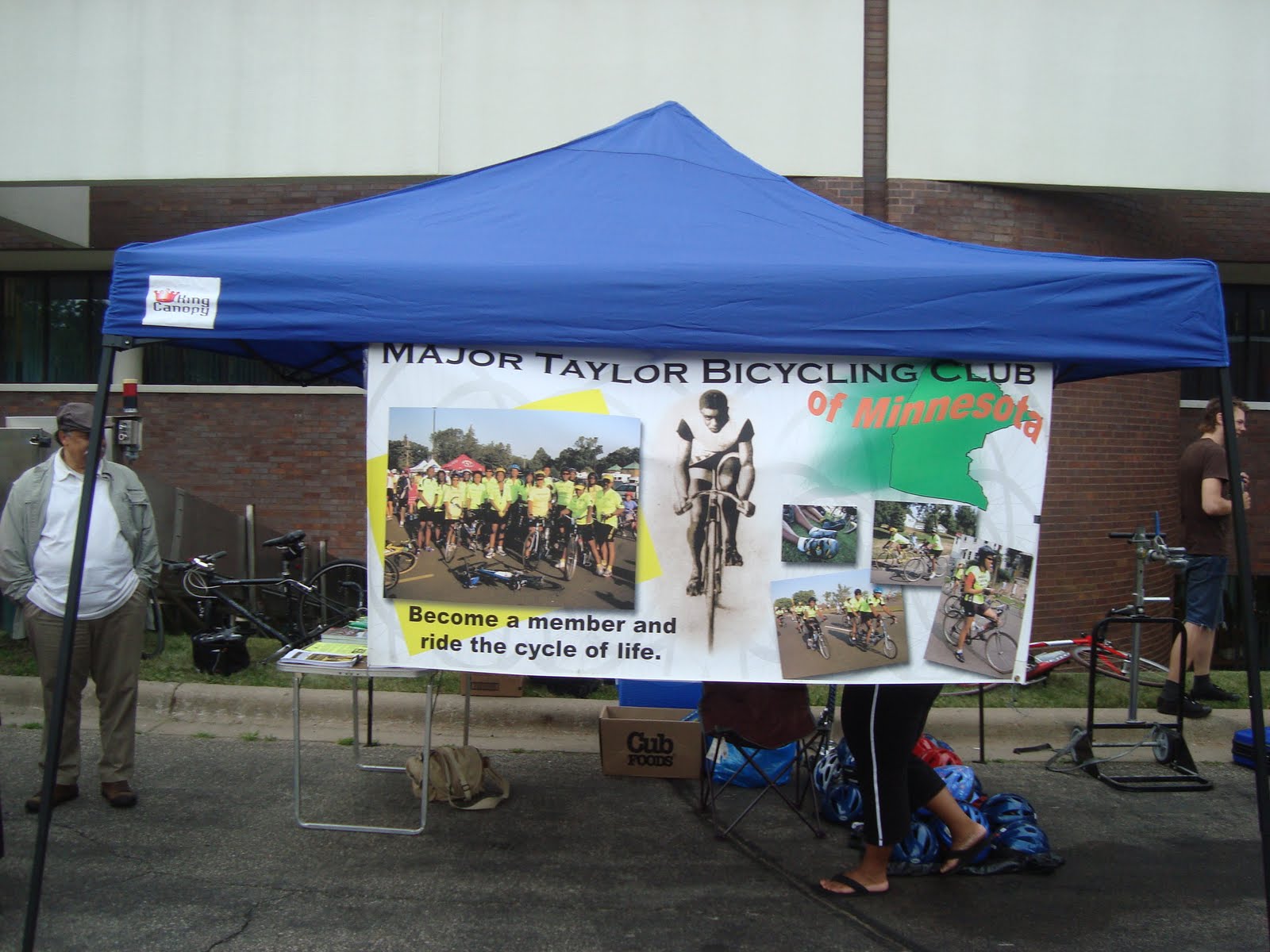 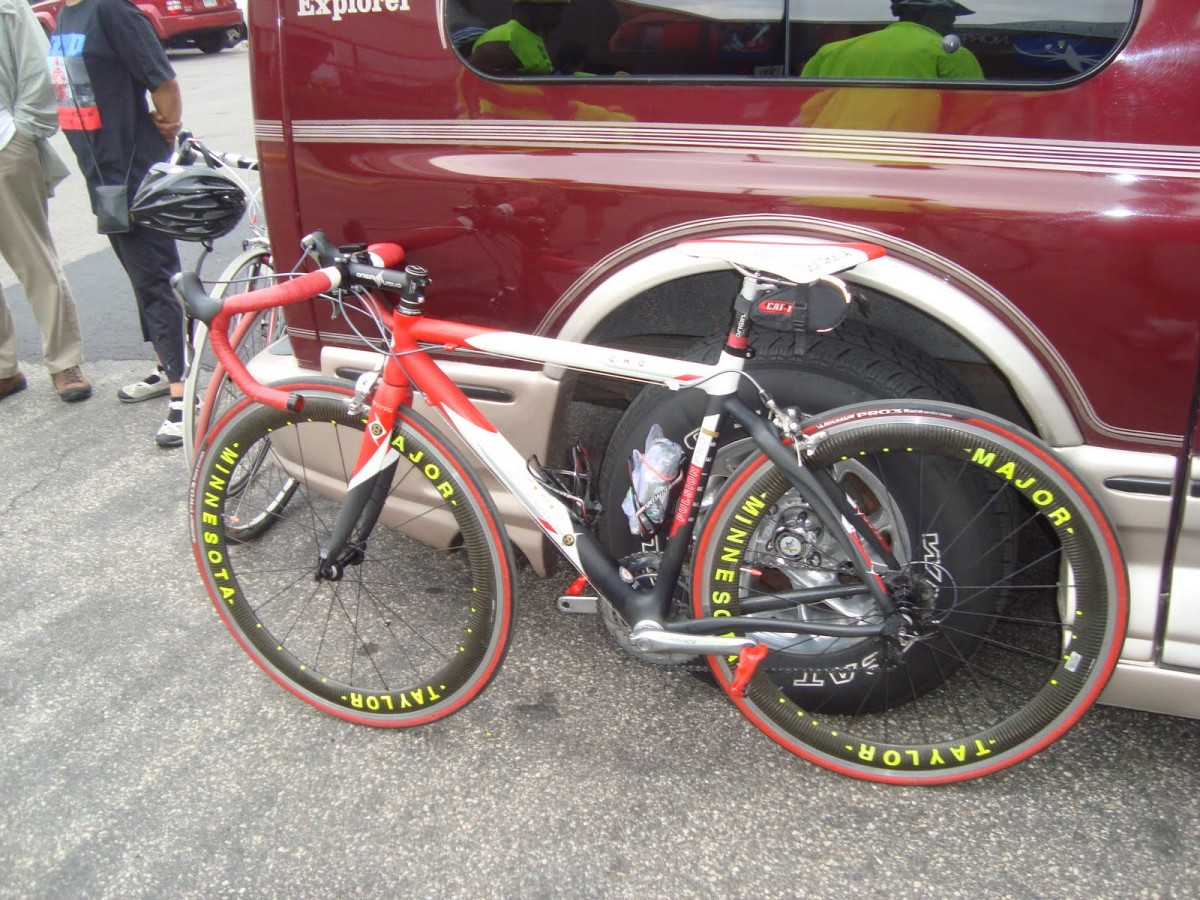 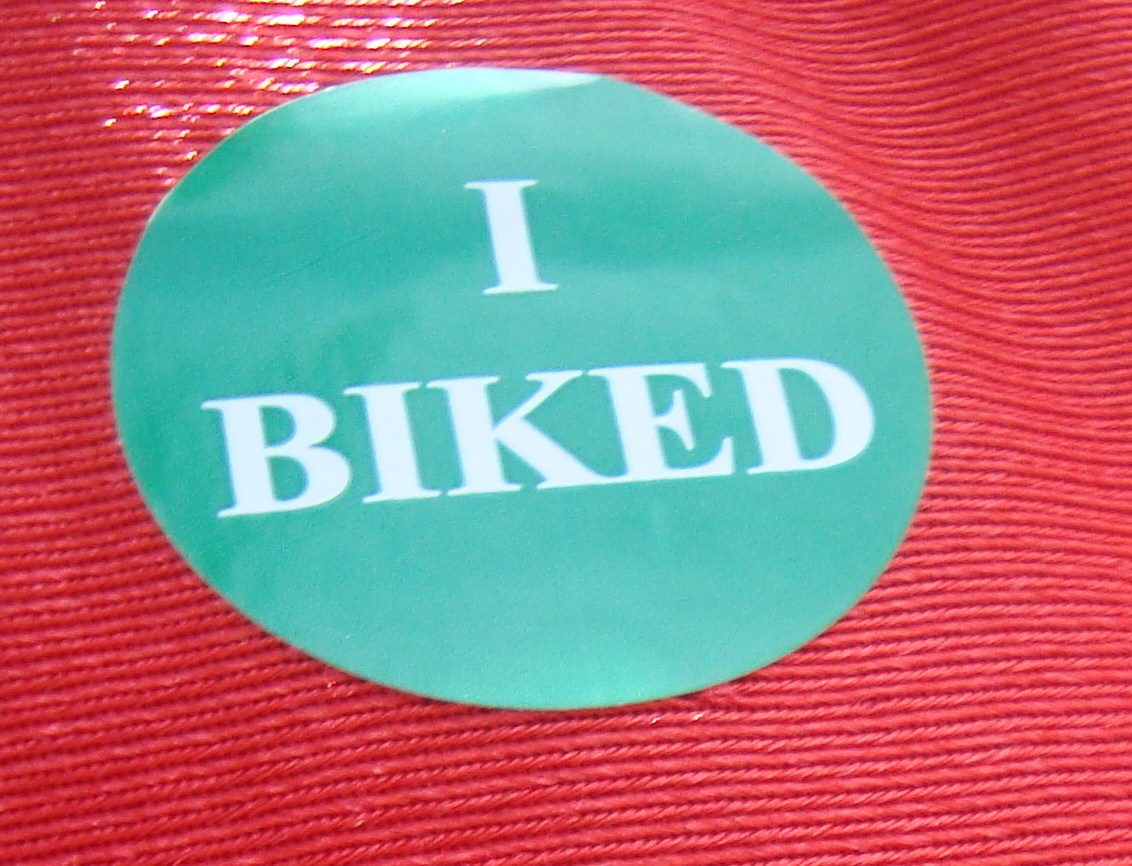 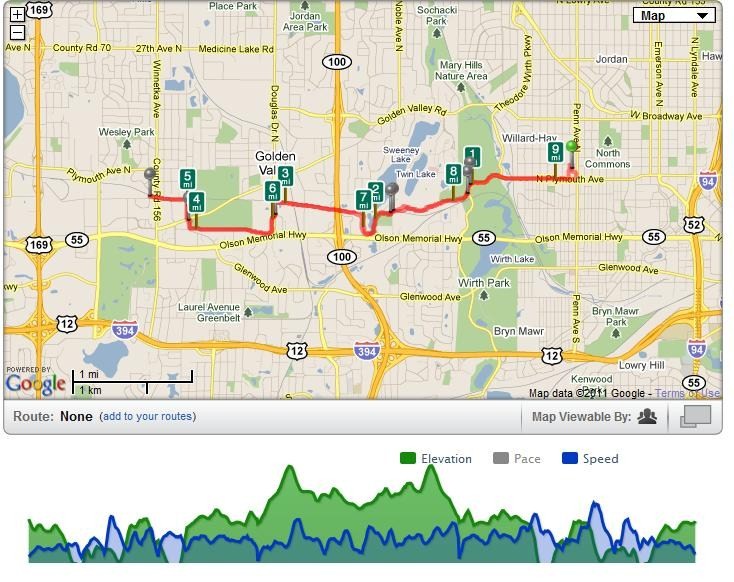 Last Saturday, the Major Taylor Bicycling Club and Bike Walk Move put on a cycling event in NoMi for people of all ages and skill levels.  The event started at 8 a.m. and I got there right on time because they offered a free tune-up.  The clouds seemed ready to drop buckets of rain on us, and I’m sure that dampened attendance somewhat.  If it rained, I had a plan:  I would get wet before I got home and dried off.

Since I arrived even before the folks doing the tune-ups, I was treated to a history lesson on Major Taylor, who was the first African American world bicycling champion – in 1899.  He was only the second African American world champion in any major sport at the time, and succeeded in spite of open racism and threats of violence.  He established several world records during his 16 years of competition. In the 168 races in which he competed, he finished first in 117 and finished second in 32.  There are Major Taylor bicycling clubs across the country, and the clubs routinely meet for larger events.  Taylor’s life story is as fascinating as it is inspiring, and a major motion picture about him is reportedly in the works.

Now it was time for my tune-up. 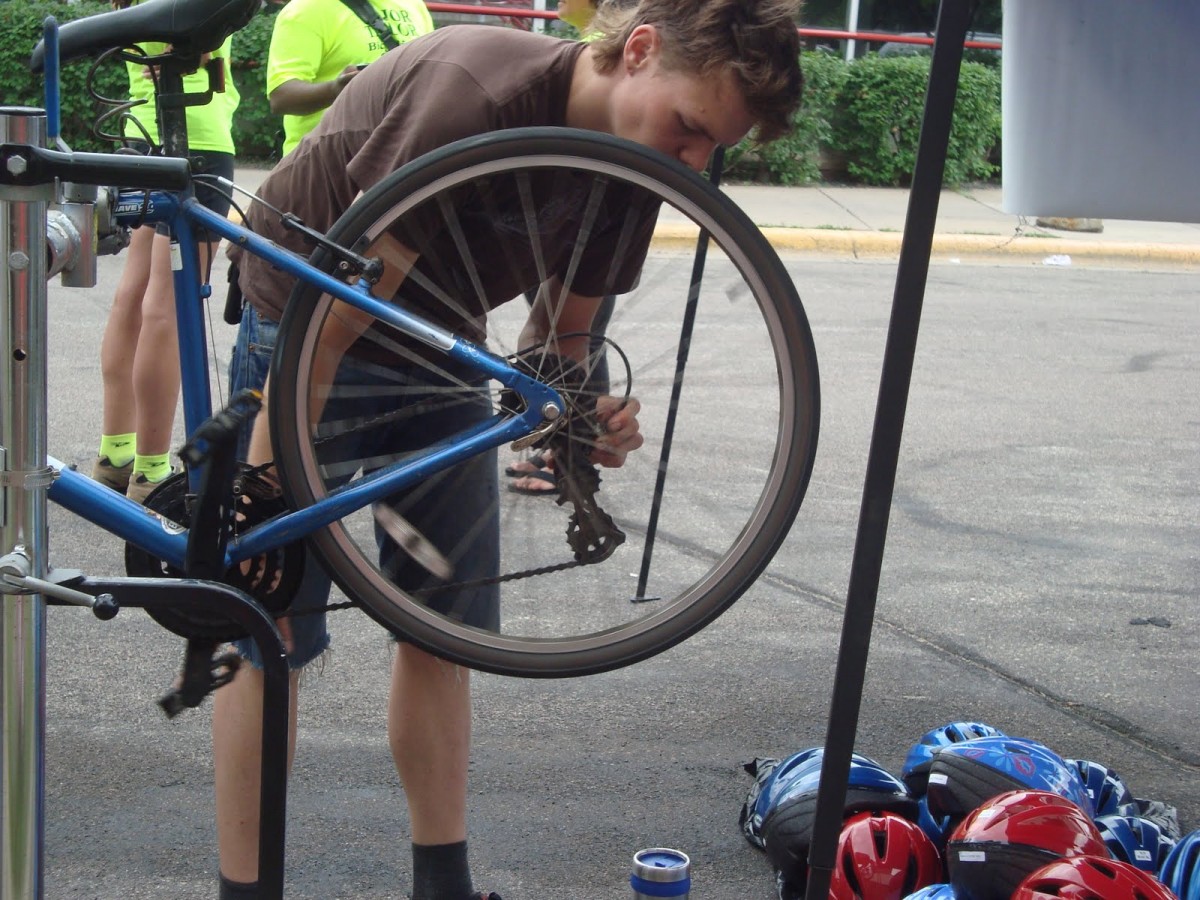 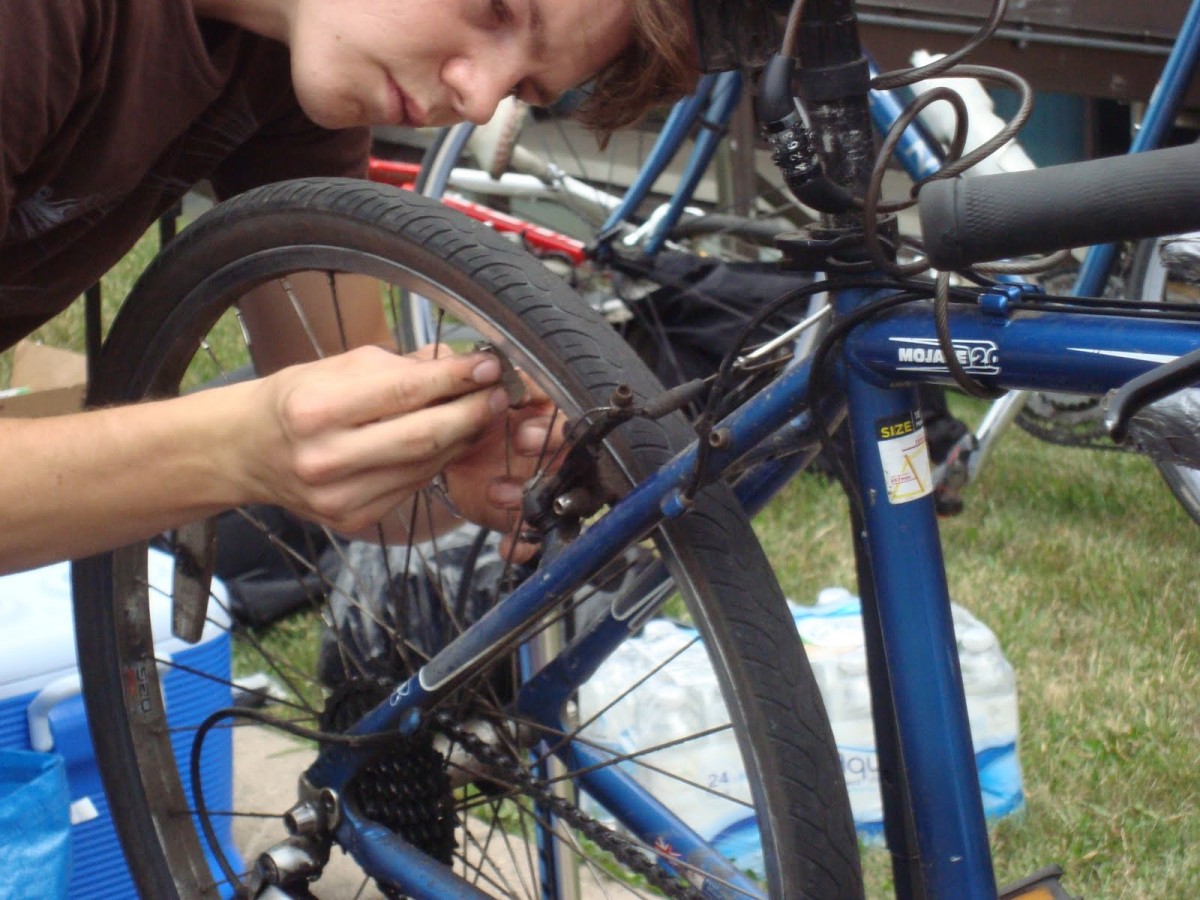 The work done here for free would have a $30-50 cost if it were done at a bike shop.  And this is money I would have gladly spent if we had a bike shop in NoMi.  As it was, I did go to a mutual Facebook friend’s shop, Sunrise Cyclery, to get slow leaks in my tires fixed.  That was about $25 well spent.

By the time we were ready to depart, over thirty people had gathered.  Some were the avid cyclists with spandex that (for better or worse) left little to the imagination and bikes worth more than any car I’ve ever owned.  Some were families with kids’ bikes that barely got off the ground.  We started at Northpoint and biked through Theo Wirth Park out to the first ring western suburbs. 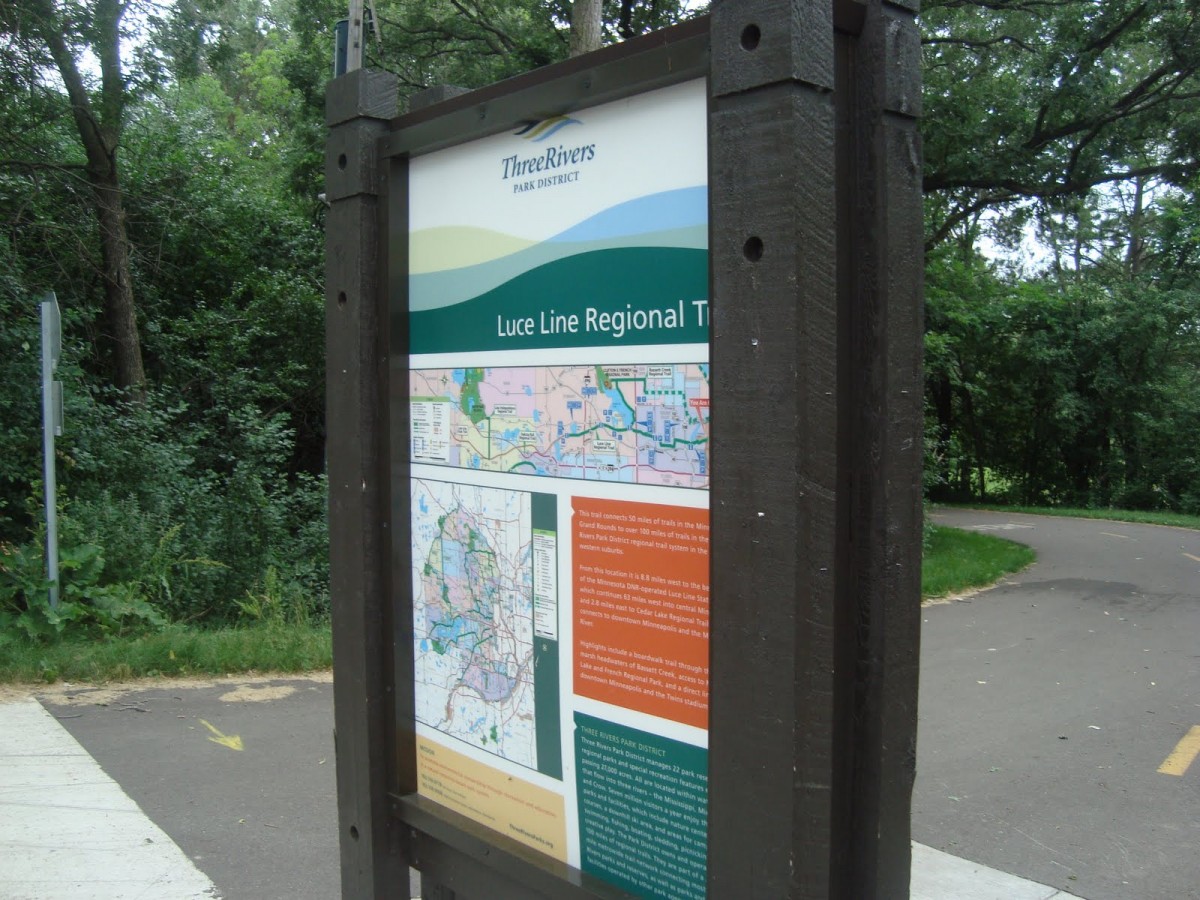 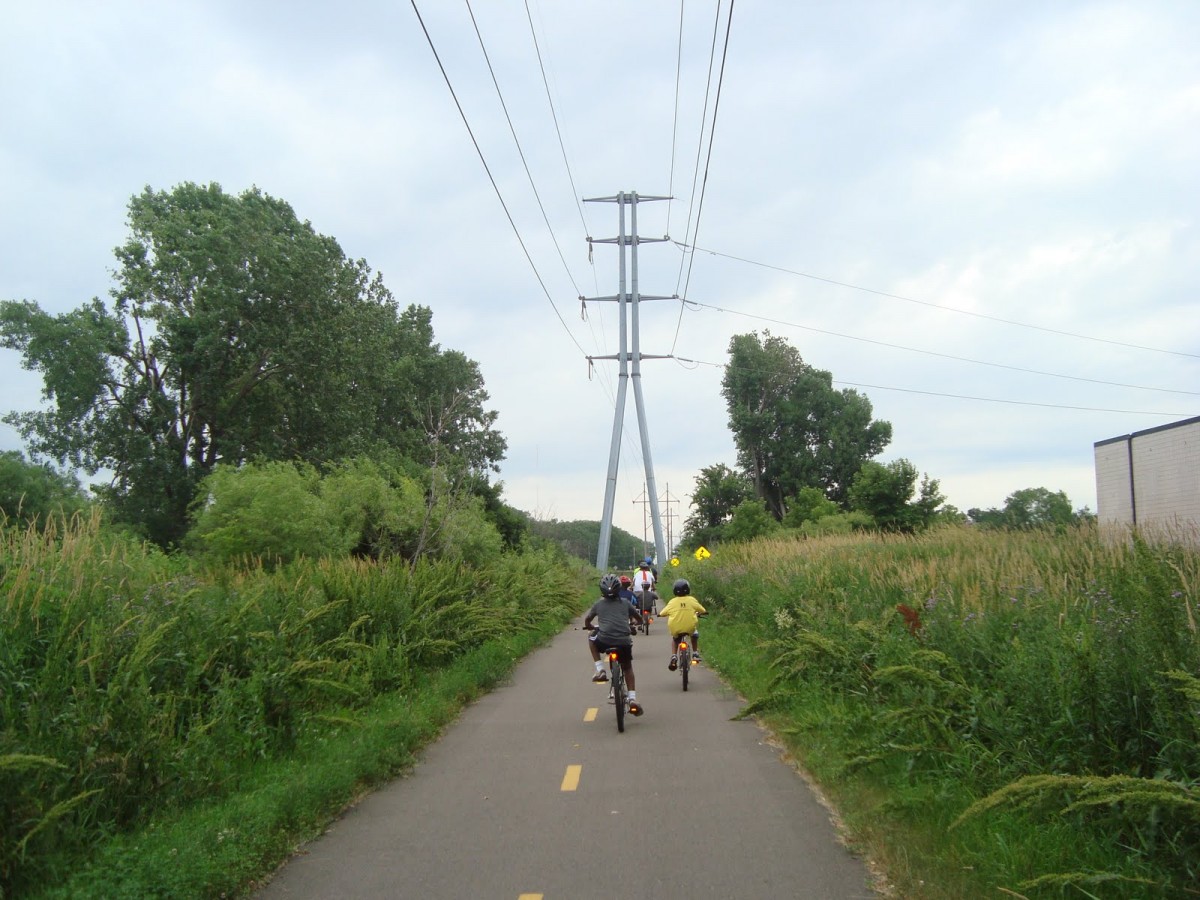 Since we had novice and younger cyclists with us, the 9-mile loop was done at a very leisurely pace – far too slow for my tastes, especially since I wanted to push the limits of my newly-tuned bike.  We completed the trip at a pace of 8.66 miles per hour.  In contrast, my pace on my first trip to the Guthrie was 10.39 miles per hour.

To really compare what a tune-up does, here is a loop I did right after my tires were fixed, but before this trip: 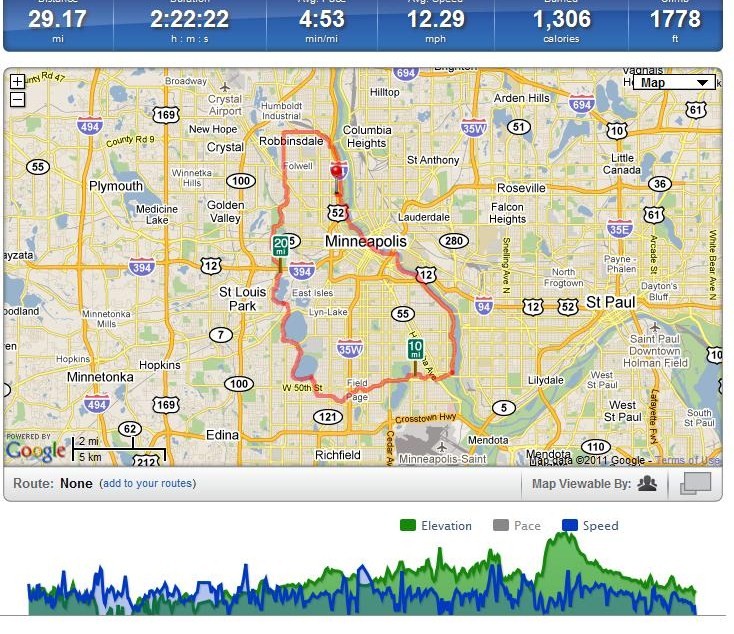