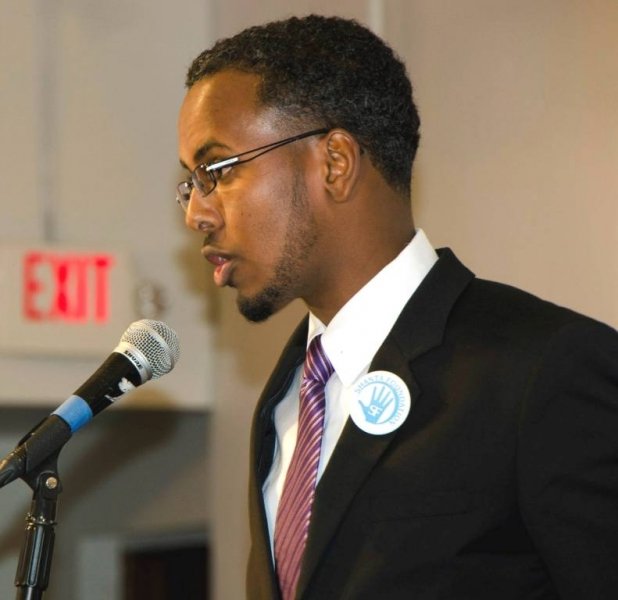 The borders of neighborhoods can be somewhat arbitrary. This is especially true of the large Somali/East African community that straddles Lake Street, which is the boundary between Whittier and Lyndale. This new approach will allow us to work across the divide rather than split the community. Mark Hinds, LNA’s executive director, sums up the arrangement well, “This partnership will allow Lyndale and Whittier to work together to improve how we connect with and engage and important part of our neighborhoods.” Sharing an organizer also gives LNA the opportunity to form a closer relationship with the Whittier Alliance.

After a thorough search, we found a great candidate for the job. Osman Ahmed began working the second week in November. Osman comes to us with extensive experience as a connector between the Somali Community, government and nonprofit organizations. He also has experience organizing in both the political and the nonprofit world. Both organizations are excited to have Osman as a new member of our teams, Marian Beim, the Executive Director of Whittier Alliance said, “Whittier is very pleased to have Osman working with us. He brings experience and a personable manner that will help us build understanding and bring communities together.”

Osman was born in Somalia. He moved to Kenya as a child during the war in Somalia. When he was fifteen Osman and his siblings immigrated to Eden Prairie, Minnesota. Osman says that moving to Eden Prairie was good challenge, because “no one there could help, so I had to find my own way around.” It was a good way for him to learn English and figure out how to advocate for himself; because of his disrupted childhood, Osman had never been to school before coming to Minnesota. He spent his first year at Eden Prairie High School getting used to learning in a school and learning English.

Osman was a dedicated student. He read and wrote for three hours every night. By this second year he moved out of ESL and started taking classes with his peers in high school. He negotiated a deal with his guidance councilor, he could choose to take any hard class he liked as long as he maintained a B or higher in every class. If he failed to get could grades, she could choose his classes. Osman won the negotiation because he never got a grade lower than a B. He graduated from high school within four years of being in the country.

Because of his good grades in high school, Osman was able to get into the University of Minnestoa. In order to adapt at school, he says “I got involved.” Osman started his studies intending to be a teacher, he also got on the Student Senate at the College of Education. As he got deeper into education classes, however, Osman became really interested in education policy. He felt that education greatly influences who we are and what frames of reference we use to understand the world. Osman also noticed a lot of conversation around what is wrong with the education system, but not a lot of movement to change it. Because of his unique experience, Osman became very interested in changing the structure of education to make it work for more people. This realization led Osman to change his major to Political Science and International Studies.

Osman took an opportunity to study abroad in Oman, where he closely observed the political structure of that country. Upon his return, Osman got involved in the political process in this country as an intern with Keith Ellison’s Congressional Campaign. When he graduated from college, he was hired by Ellison’s campaign to work full time in the months approaching the fall 2012 election. Osman was excited about the work because his job was to build the Somali outreach program for Keith’s campaign. In connecting with the Somali Community, Osman felt he was giving people a voice and power they had never had before.

Osman is particularly excited about working for Lyndale and Whittier because he feels that neighborhoods are one of the few places where people have the opportunity to tangibly change their lives. Getting the Somali community involved in candidates’ campaigns, he explains, “allows them a chance to be a small piece of a big pie.” However, working in community on a neighborhood level really gives people the opportunity to take control of their lives.

Join us in welcoming Osman to Lyndale and Whittier!