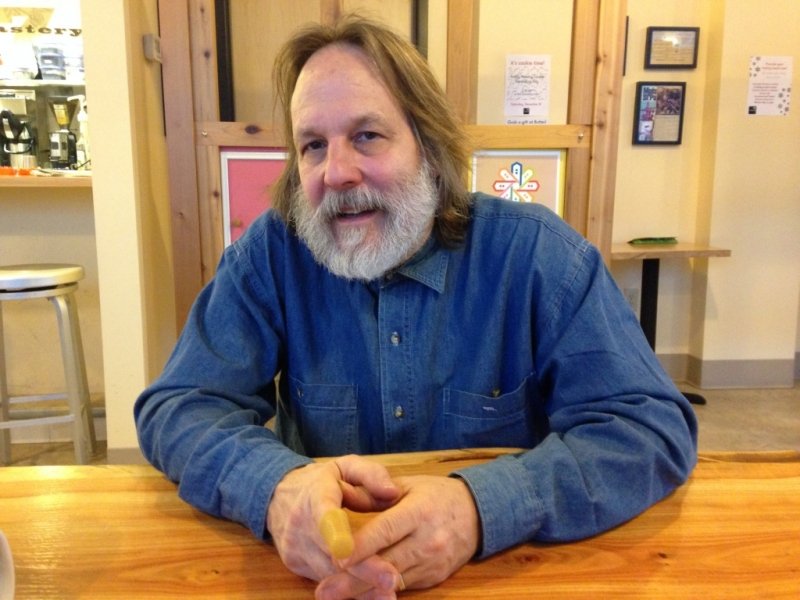 Years ago I was walking around London when I heard the hint of song floating on the breeze. I followed it as it waxed and waned and grew in intensity. Finally finding its source, I was transfixed and overwhelmed by the sheer beauty and magic of that piece. It was Ravel’s Bolero and every time I hear it, to this day, I am transported to that exact moment in time.

When talking to local musician and radio host Dan Rein, I was reminded of that feeling and began to “look” at music differently, as a carrier of traditions, cultures, and history. “Music can change the world; music has the ability to transport you, some music takes you to different places, it reinforces cultures, reinforces a cultural bond,” he says. Dan’s passion for music and the underlying cultural and historical factors is a fascinating topic that made our conversation “sing”.

Dan is currently the radio host of Century Song on KFAI which airs on Sunday mornings from 9:00 to 11:00 a.m. The show has been on for over 30 years and originally focused on medieval music. After becoming friends with the host, he was asked to take over the show in 1986. Always interested in medieval music, Dan started hearing the Arabic influence in the music and began exploring the connections between different music genres. He cites a medieval illuminated manuscript called the Cantigas de Santa Maria that show the types of instruments he plays as well as Christians, Jews, and Moors all playing their traditional instruments together. “At some point the [radio] program changed, sub-lined Arabic, went further and further, added women’s music,” and the focus shifted to world music.

In addition to hosting Century Song, Dan is a musician with an extensive repertoire of instruments, “I play Iranian instruments, the setar, which has four strings, the Kurdish Tabur, which has three strings, the dutar, two strings, and the saz,” he states, “but my first instrument was a guitar, and then I made my own dulcimer.” Dan first started playing Iranian music after meeting a guest on his radio show. An Iranian musician who was attending the U of M ended up being Dan’s first teacher after he received a Folk Arts Apprenticeship from the MN State Arts Board. He visited Iran through a Jerome Travel Grant in 1996 and again in 2001.

Dan also plays weekly at Gandhi Mahal Restaurant; organizes the Hosmer World Music Series concerts, which is supported by LNA; interviews musicians, edits music, archives recordings, serves on the board for the Indian Music Society of Minnesota, and conducts oral history interviews for different organizations. “I think Minneapolis/St. Paul is very rich in the variety of music and kinds and so many amazing musicians,” he says when talking about the multitude of musical communities in the area.

Currently Dan is working on an 18 part series of music from different ethnic groups in Iran. Using the radio show as his vehicle, Dan aims to show what a rich, diverse culture Iran has. He is also working on setting Omar Khayyam’s poetry to music played on a two stringed instrument from the 12th century poet’s region. “Iranians sigh poetry. Iranian music is connected to mosques, to mosaics,” says Dan, “that is why I’m passionate, about music, it’s about art, it’s a celebration of beauty, of people, the culture, the community.” Dan says that philosophy is also integral to Iranian culture and that his teachers have taught him that music is an artform, it is precious, it is to be honored, and that, “Everyday you’re alive you should be seeking beauty.”

When I asked Dan an admittedly loaded question, do you think music is important? He threw his head back, laughed and posed his own question to me, “Why is it that every culture has music?” Music has indeed been around for millennia and Dan loves to be a part of exploring different avenues of expression. When asked his favorite thing about the work he does Dan says, “I love seeing the look in people’s eyes, seeing what music does to you.”

As a self identified life long learner, Dan’s biggest lesson, one that guides his life everyday is, “Treat each other with kindness, love, respect. Be present, this is it.”