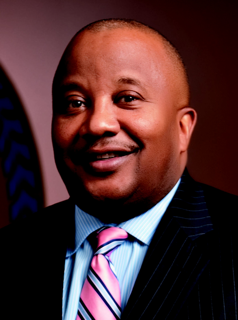 In the Twin Cities area between 2010 and 2040 there will be an absolute decline of 272,000 in number of working age whites and an absolute increase of 445,000 in working age people of color. Summit Academy OIC offers highly-focused, time-limited training in two fields that will definitely be hiring more workers, construction and health care, according to Summit’s leader, Louis King II. About three-fourths of Summit graduates are placed in jobs today. Summit stresses the importance of getting underemployed persons permanently attached to the work world, including the essential element of networking, from which people of color were largely excluded in years past.

During King’s comments and in discussion with the Civic Caucus the following points were raised:

2. Good placement and compensation results for Summit grads. About 76 percent of Summit grads get jobs now, King said, with an average starting salary of $25,000 a year. In construction starting salaries can be $30,000 to $50,000, he said.

3. 20-week training program. Summit students dedicate themselves to a 20-week, full-day training program that integrates theory and hands-on learning. They are taught by instructors experienced in the industry and by training partners who provide real-life knowledge of what it takes to succeed in today’s competitive workforce. Students are held to stringent expectations on attendance, behavior and skills. About 70 percent of students are African-American; 10 percent, Caucasian; 5 percent, Native American; 2 percent, Hispanic, 2 percent, Asian-Pacific Islander, 1 percent Somali, and 10 percent other. The male-female ratio is 65% to 35%. About 46 percent of students is 20-29 years old; 29 percent, 30-39 years old; 16 percent, 40-49 years old, 8 percent, 50 and up, and 1 percent, under 19.

4. Continued growth targeted in enrollment, graduation, and job placement. In the most recent three-year period, during a time of economic stress and recovery, Summit enrollees increased to 1,317; graduates, to 698, and placement in jobs, 483. Summit has set targets for the year 2015 of 1,000 enrollees, 700 graduates, and 560 placements. Summit will expand to satellite locations, using union and MnSCU (Minnesota State Colleges and Universities) infrastructure, King said.

7. Demographic changes offer even greater employment challenges and opportunities in the next several years. Using data prepared by Wilder Research, King noted that a dramatic shift in the nature of the Twin Cities area workforce is beginning and will accelerate over the next 27 years. In 2010, 80 percent of the working-age population in the Twin Cities area (1,262,000) was white, and 20 percent (317,000) people of color. In the Twin Cities area between 2010 and 2040 there will be an absolute decline of 272,000 in working age whites and an absolute increase of 445,000 in working age people of color.

The proportion of adults working in Minnesota varies significantly by race, according to Wilder data, (http://bit.ly/VnzUEr) ranging from 79 percent for whites to 59 percent for U.S. born African-Americans, and 54 percent for American Indians. The 21 percentage point gap between whites and African-Americans is the largest of any state in the nation, according to Wilder. In education, there is also a very signifcant gap: 86 percent of third grade non-Hispanic white students tested proficient in reading, compared to 58 percent of black students.

9. Isolation from well-established social networks of white workers is a major factor. The presence of social networking is key in improving employment and education, King said. In the past the minority population made up such a small portion of Minnesota’s population that they weren’t a significant part of social networks that helped to funnel workers into available jobs. It’s not so much overt racism by whites as simply the fact that there were so few minority applicants, they were easily ignored, he said.

10. Demographic changes illustrate major opportunities for people of color. However, demographics in Minnesota are changing rapidly, King said. Major changes in the state’s work force will accelerate as the baby boom generation retires, he said. As data referenced above illustrates, all growth in Minnesota employment to 2040 will come from people of color. Summit Academy has designed its curriculum in specific response to the demographics, he said.

White workers have been dominant in construction employment. However, large numbers of construction workers, part of the baby boom, are or will be retiring shortly. Meanwhile the Twin Cities area and Minnesota have a major backlog in the need to maintain and improve public infrastructure (roads, bridges, transit, water and sewer). Infrastructure improvement is a necessity, not a matter of social equity, he said. Thus demand for construction workers will continue and grow. King said he is scheduled to visit today with officials responsible for construction of a new professional football stadium in Minneapolis.

Simultaneously, growth in the retired population indicates growing need for health care workers. These factors prompted Summit to focus its training on construction and health care.

11. Need for a new understanding about what kind of training is needed. A participant observed that jobs everywhere of all levels seem to be requiring more skills. King replied that Summit works closely with unions and employers to make sure its training fits the job.

But training is much more than the particular requirements of a job. Summit helps change its students’ entire attitude toward work. Summit sees its job as human capital development.

12. Lack of preparation in public school. Many students come to Summit poorly prepared based on their educational background in the public school. Unfortunately Minneapolis has what he considers two school systems within the same structure. One system is largely successful in educating middle class whites in southwest Minneapolis. The other, mainly on the North and Northeast side of the city serves the concentrations of students of color, but isn’t doing a good enough job of preparing kids for the world of work. It’s extremely difficult to get the system to change.

Rather than engage in unnecessary conflict with the school system, King said one needs to build competition. Organizations like Big Brothers and Big Sisters help in this effort. And Summit itself is benefitting as individuals and families discover what it can offer than wasn’t offered in the public schools. Summit works very hard on reduction of social isolation of its students and believing in their potential for success. However, this means hard talk is sometimes necessary : “You want to join my club? Pull up your pants; take your cap off; smile.” There is no “tap dancing” around the real issues, King said. A different value system needs to be instilled often before students can be successful in the work world.

13. Will people be able to get from their homes to where the jobs are? The group focused on the ability of job-seekers to travel to and from locations where jobs are available, in a reasonable time. The Minneapolis-St. Paul metro area’s residential and employment locations are widely dispersed, a participant noted. Is the metro area doing all it can to help its residents get from home to work? It doesn’t help a job seeker without a car to get hired if the job location isn’t near bus or rail lines that also run near the job seeker’s home. King replied that construction of light rail lines between the Mall of America and downtown Minneapolis, between the downtowns of Minneapolis and St. Paul and between Minneapolis and Eden Prairie, combined with feeder buses to light rail, will help a great deal. Successfully offering transportation options for workers whose homes and job destinations aren’t near bus or rail lines–and who are likely to work in many different locations during their careers–would seem to call for better flexibility in the transit system, a participant opined.

14. Getting the individual attached to the work force. King was asked about the relatively short time, 20 weeks, of the training, compared to other training programs requiring at least a year and probably more. King emphasized that Summit is deliberately short term, to get trainees the basic skills they need and to quickly connect to the work world gaining the necessary networking connections that will help them find appropriate job openings.