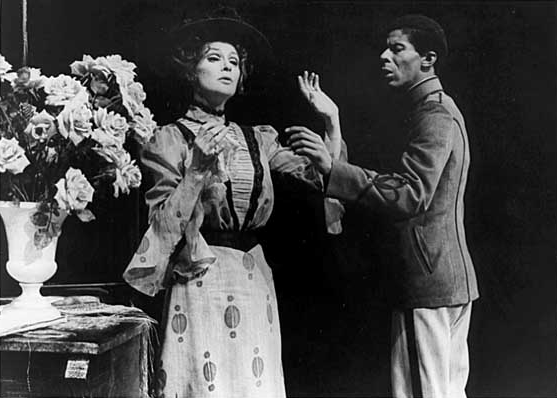 Photos, top to bottom: Nancy Wickwire and Robert Jackson in the Guthrie's 1966 production of The Dance of Death; the Guthrie's original building as photographed that same year; the Guthrie's opening night audience in 1963 (all from the collection of the Minnesota Historical Society); the Guthrie today (photo by Mark Vancleave, courtesy Guthrie Theater).

This week marked the 50th anniversary of the first play staged at the Guthrie Theater. On May 7, 1963, Sir Tyrone Guthrie’s bold new experiment opened its production of Hamlet, directed by the Guthrie at their brand new theater adjacent to the Walker Art Center. Whether you love Minnesota’s largest theater or hate it—or, like me, have intensely mixed feelings about it—there’s no denying the impact that the institution has had on the Twin Cities’ cultural life.

Last year, when I was researching Minnesota theaters in the 1960s and 70s, I found myself drawn to the Guthrie archives, stored at the University of Minnesota. It’s a fascinating story—not only Guthrie’s idea to bring a nonprofit regional theater that focused on the classics to someplace in the United States outside of New York, but the way that the Twin Cities intelligentsia of the time (including Frank Whiting from the University of Minnesota and John Cowles Jr., who passed away last year, from the Minneapolis Star and Tribune) embraced the idea of supporting the arts for the betterment of the city’s life.

You can see my compilation of notes on the Guthrie here. Along with a brief discussion of both the archives and other sources that I point out, there are several interviews with people who either were involved with the theater in the early years or who saw early productions. Rick Thompson’s description of watching The House of Atreus is quite fascinating, as is Jon Cranney’s memories of working as an actor and then stage manager for the theater. I also have audio interviews with early costume designer Jack Edwards and Sheila Livingston, who is still on staff and has been there almost from the very beginning.

I was doing my research around the same time that the Guthrie announced its 50th Anniversary Season last year, to strong criticism from the community that there were not enough female artists or artists of color represented. Perhaps that conversation happening in the media and the social networking sphere informed my reading of the mountain of documents that I pored over, but in any case, I found some extremely interesting little tidbits regarding the way that gender was discussed in the Guthrie’s early years. 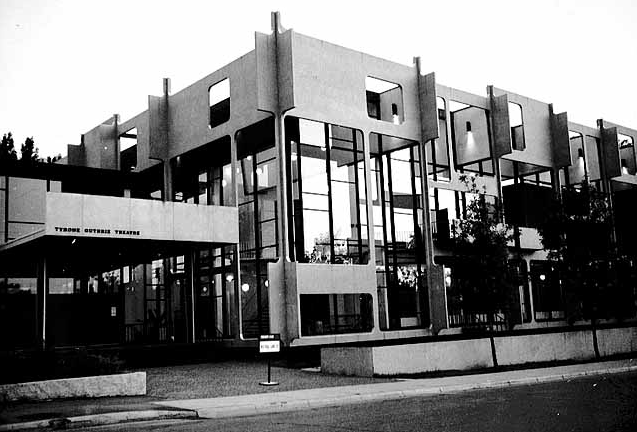 For example, as they were casting the first season, Oliver Rea—who co-founded the theater with Guthrie and Peter Zeisler—laments in a letter to the board on October 5, 1962 that they were doing far better at casting men than women in part, he admits, because it was difficult to entice women to come to Minnesota due to the lack of good female roles.

On October 5, 1962, Rea writes in a box office report that, based on his observations from his visit to Stratford, the theater should employ only young men as ushers, saying they are “less noisy and giggly” than young women. Rea goes on: “Having 15-20 lovely girls corralled in one place creates a continual problem with not only boyfriends hanging around, but also lookers. I know this is a sacrifice for all red blooded males connected with the theatre, but I know well worth it in orderliness and efficiency.”

Rea’s comments are almost humorous in their sexism, but that’s not to say women were completely shut out. The great Tanya Moiseiwitch, after all, designed the theater’s famous 1,441-seat thrust stage. 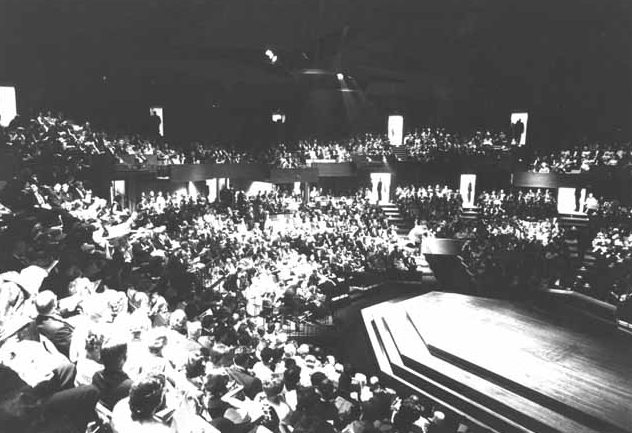 Also, I don’t know if the Guthrie Theater would exist today if it weren’t for the society ladies who were determined to raise money for the theater and sell tickets, all for no pay. These ladies were going about having luncheons and calling all their friends to buy season tickets. Eventually, they became an organization called the Stage Hands. When I interviewed Sheila Livingston, I was absolutely fascinated by her description of this organization, which, unfortunately, disbanded not long after the theater opened due to conflicts with the management.

In any case, I’m glad that the Guthrie is here, even if I haven’t really frequented the place very much in the past few years. I have probably been harsher on the big G in reviews than I would toward smaller theaters, owing I think to my high expectations of the place. I grew up watching shows there. It is the largest theater with the most resources, and so, I feel, deserves perhaps a higher level of scrutiny.

The Guthrie was transformative in sparking the vibrant theater scene we now enjoy not only in the Twin Cities, but throughout the state of Minnesota. That’s not to say there wasn’t theater before the Guthrie—30 years before the Guthrie opened, Minneapolis residents elected a theater director as mayor of the city—but if you look at the number of institutions and the amount of support for theater that appeared after the Guthrie opened, the company’s influence is clear. 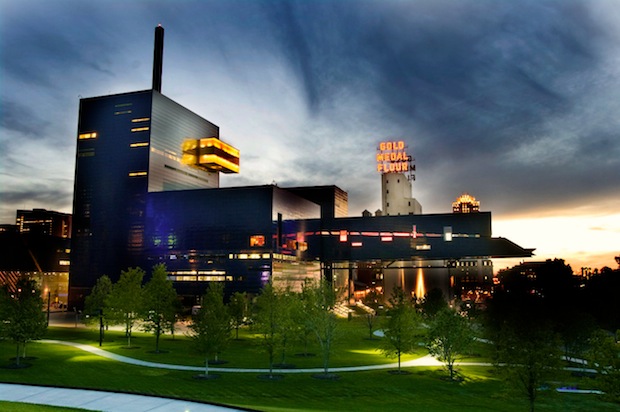 I hope the Guthrie around for another 50 years, but I think if it is, it will look a lot different. The demographics of Minnesota are changing, and while the Guthrie may always give a nod to the classics, I hope that eventually their work broadens to reflect our diverse culture. Next year’s season, I think, is a slight improvement on the current one, but there is still room for growth.