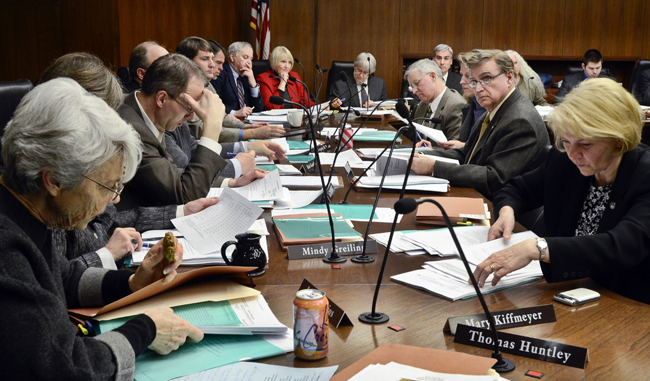 From the time a committee chair lays over a bill for possible inclusion in an omnibus bill, it morphs and changes its way to the House floor and beyond. By the time the bill (in the form of a conference committee report) comes back to each body for final passage, it could have substantial changes.

House Taxes Committee Chairman Greg Davids (R-Preston) said the omnibus bill process is long, difficult and drawn out for a reason. “The only thing that is harder than passing laws is repealing laws. So we need to get it right the first time. You don’t want to do these things on a whim; you want to take it very seriously.”

The House bill is made up of roughly 40 separate bills heard in the House Taxes Committee or the House Property and Local Tax Division. At least

10 amendments have been incorporated so far. And at the General Fund bottom line, the bill adds $548 million largely through reductions to state aids and credits.

Here’s a look at what is in the bill:

Rep. Ann Lenczewski (DFL-Bloomington) offered many of the 20-some amendments debated by the House Taxes Committee. While most were not successful, she said they all had a point. Some were offered to educate the 16 new members of the 28-member committee on how the tax codes interact: “that cuts and shifts here generally mean higher taxes somewhere else.” Also, through amendments, she said, “It’s a chance for the minority to get their views of tax policy out there for discussion.”

An amendment she offered to do away with fiscal disparities fell into the former category.

The fiscal disparities program is a partial sharing of commercial-industrial property tax base among all jurisdictions within the Twin Cities metropolitan area. Lenczewski’s community shares this tax base heavily, and for years she has tried to repeal the program. She offered the amendment to help members understand how doing away with the program could affect the amount of local government aid rural communities receive. To her surprise, the amendment was approved. The provision was removed in the House Ways and Means Committee.

However, an amendment offered by House Ways and Means Committee Chairwoman Mary Liz Holberg (R-Lakeville) was approved to continue the current levy limits into the 2012-2013 biennium. 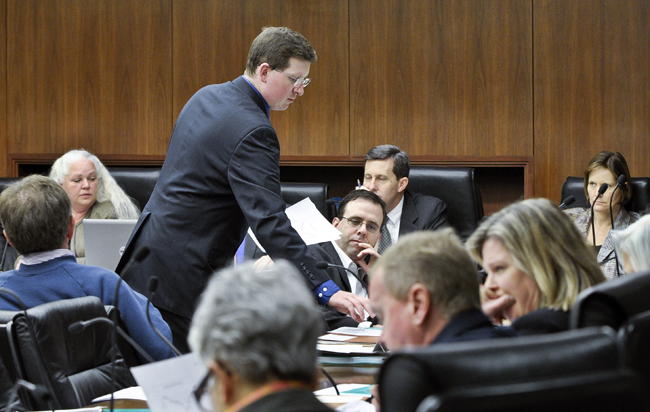 Arguably the tax bill is the most high-profile during a budget-setting session. As Lenczewski points out, it can both raise money through tax increases, and spend money through the use of credits, aids and tax cuts.

Both the House bill and the governor’s proposal do a mixture of both. But they are far apart on the mechanics.

For instance, the governor proposes to create a new tax tier that would raise taxes on the state’s highest earners. House Republicans would decrease the lower and middle individual income tax rates from their current levels of 5.35 percent, and 7.05 percent to 4.75 percent and 6.75 percent, phased in over three years. This could be paid for through several local government aid reductions, of note a phase-out of aid to Minneapolis, St. Paul and Duluth, while Greater Minnesota and the suburbs would be held at the 2010 levels.

Dayton vetoed an earlier bill that contained LGA cuts, and has said he would like to see LGA remain intact. Discussion over LGA reductions became heated in the House Taxes Committee.

The LGA phase-out provisions came from a bill sponsored by House Property and Local Tax Division Chairwoman Linda Runbeck (R-Circle Pines). She’s made no secret of her mission to reform the aid package that she says was designed to equalize basic services among the state’s municipalities. She and other Republicans questioned the spending patterns of the state’s two largest cities, calling some projects “frivolous.”

“We have to begin the discussion. … The system is broken,” she said. “Local government spending has been enabled by LGA, and we are seeing increases in discretionary spending.”

But metro area lawmakers say the move is an all-out assault on the state’s first-class cities, and that it is political payback against the traditional DFL strongholds.

“Why don’t you cut the whole damn program if you don’t like LGA?”

DFLers say that as the bill stands now, it is a waste of time and will be vetoed.

Davids calls the bill “serious business.” He hints, however, at the possibility of a veto. “I’m working on this bill such that if he (the governor) signs it, it will be a good bill for the people of this great state. If the governor decides to veto it, then we’ll get back to work.”