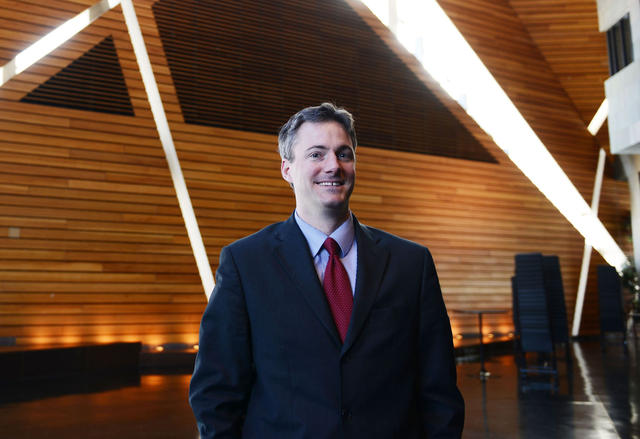 Cam Winton isn’t a career politician. That’s one thing, he said that sets him apart from a growing field of Minneapolis mayoral candidates.

With no background on the Minneapolis City Council or any other elected office, Winton’s credentials largely come from his background in the private sector.

Winton’s work as a senior counsel for Duke Energy Corporation involves bringing people together on a daily basis, a skill he said could serve him well as a mayor.

Before Duke, Winton helped build a wind turbine maintenance company, which he and his colleagues later sold to his current employer.

“Coming from a company that provided services to demanding customers, I can draw on that background to provide services more effectively to the citizens of Minneapolis,” he said.

A lack of political experience isn’t all that sets Winton apart in the Democrat-centric mayoral field. He’s a Republican, but neither wants nor will seek any party endorsement because he said he sees that as irrelevant in a municipal election.

“If any party tried to endorse me I would respectfully decline,” he said.

Tony Hill, assistant political science professor at the University of Minnesota-Duluth and an avid follower of Minneapolis politics, said Winton’s decision to run as an independent is smart because Minneapolis hasn’t elected a Republican mayor in 40 years.

But Hill also noted Winton can’t stray so far from his Republican background that he misses the city’s conservative base.

He said ranked-choice voting could open the door for a conservative candidate because if none of the Democratic-Farmer-Labor Party candidates get a majority of votes, the second and third choices on the ballot will be important.

“Ranked-choice voting shows a way for a maverick to get their foot in the door,” he said.

As for Winton’s political inexperience, Hill said current Mayor R.T. Rybak, along with many of the city’s past mayors, came in with little public service background.

Winton said he hopes voters look at his lack of political background as a positive.

“Since I’m the only candidate who’s not a professional politician, I’m bringing that fresh set of eyes to the table,” he said.

Ashwin Madia, a DFLer who ran for U.S. Congress in 2008, said Winton stands out as a candidate because he’s largely nonpartisan.

“Cam is exactly the kind of public servant that a lot of people say they want,” he said, “which is someone who doesn’t look at things through partisan eyes but rather through problem-solving eyes.”

“He can see both sides of an issue, and I think we need more people like that in government,” he said.

Winton’s platform is built on improving the police and fire departments as well as improving and maintaining water and road systems.

“These are the things that all of us take for granted until we need them or they break,” Winton said. “It’s very easy to forget about how important they are.”

Winton said he likes a lot of what Rybak has done for the city, but he disagrees with some spending decisions he’s made, like creating more bike lanes.

Minneapolis is perennially ranked one of the safest bicycling cities in the country.

Because the city is already safe for bikers, Winton said money could be better spent elsewhere, like on more police officers.

Along with improving services, Winton said he would prioritize job growth. He said streamlining the process of starting small businesses is crucial for job creation.

As a former start-up businessman, Winton said he has an inside view on job hiring, something he said many of his opponents don’t.

“They haven’t lived that experience of building a company and deciding whether or not to hire each month,” he said.