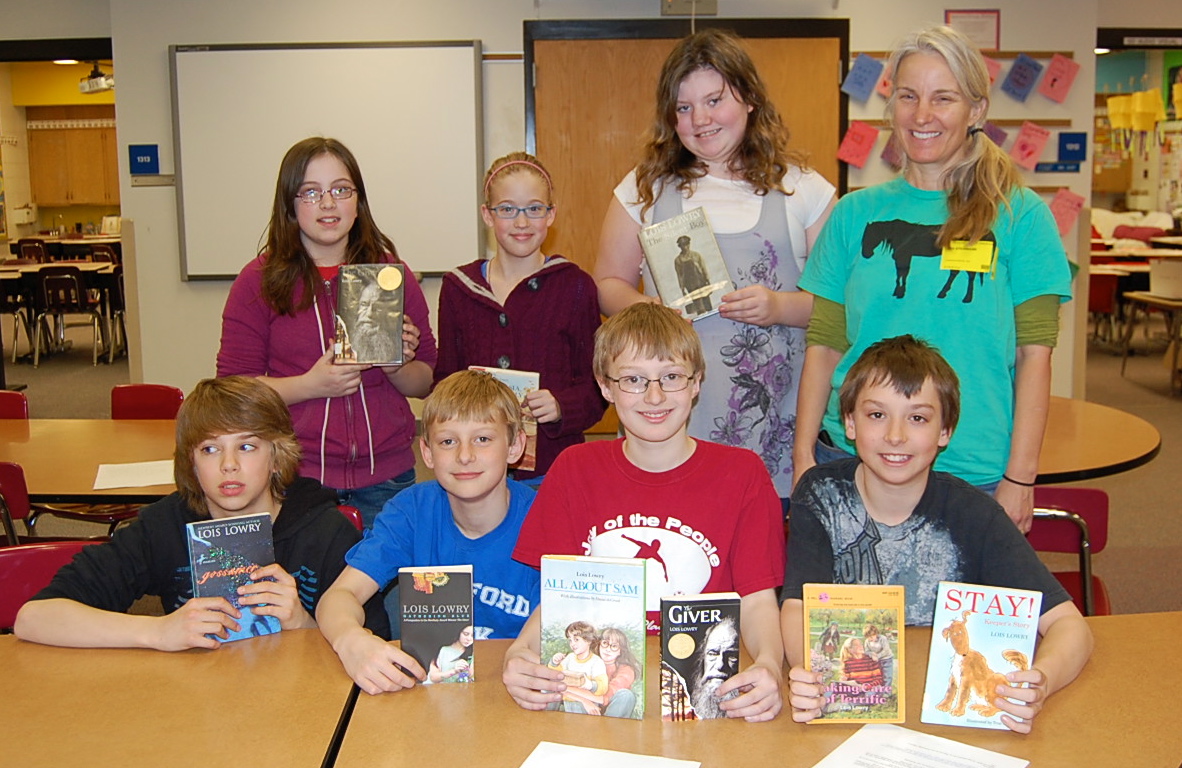 When it comes to children’s lit, the rock stars don’t get much bigger than Lois Lowry. The award-winning, millions-of-books-selling author is coming to the Twin Cities at the end of March. She will make a stop at Wild Rumpus Book Store in Minneapolis on Tuesday, March 29, at 6:30 p.m. What makes this writer, now a grandmother, so successful is that young readers really connect with her fun, sometimes edgy and always thought-provoking work.

Lowry’s books cover a range of styles and subjects, from middle school science fiction to mouse adventure—as in her most recent book, Bless This Mouse. What distinguishes Lowry’s work is her direct prose and solid story lines. Her thoughtful approach to controversial issues, as in Number the Stars, a story about children during the Holocaust, has won her books a place on many school reading lists. It has also earned her criticism. Her Newbery-Medal-winning book The Giver, a story set in a dystopian future, is one of the most frequently banned books in American schools.

Lowry fielded questions online from me and a group of sixth-grade students from St. Anthony Park Elementary School in St. Paul. The Red Balloon Bookshop in St. Paul is sponsoring a visit by Lowry to the school.

We read in your biography that you were originally named after a Norwegian grandmother. Many children and their families at our school have Scandinavian names, such as Siri and Bjorn, and last names such as Johnson and Lundquist. What influence did your Norwegian roots have on you?
My father (my last name, before I married, was Hammersberg) grew up with his Norwegian parents in Wisconsin, but by the time I came along (I was born in Hawaii), he was far from those roots and seldom went back. My Norwegian grandmother, though, came to live with us in Hawaii (my grandfather had died before I was born) when I was very small, and I remained close to her all my life. I have always felt a close connection to all of Scandinavia and have visited Norway twice. I have to say, though, that I have never liked lutefisk, though my dad did!

Children can really connect with you as an author because your stories not only entertain them, but also show respect for their intelligence and challenge them. In one of your speeches you say that “We must ask questions about poverty and pain and injustice, about hunger and genocide and ignorance, about greed and power.” Today, it seems that politicians are very divided about the answers to some of these big questions. What advice to you have for kids who wonder which side to take?
I think the best advice to anyone, young or old, is that we must each learn all we can about issues, and learn to think seriously about things that matter, instead of simply buying into whatever idea is popular or whichever politician is persuasive. Teachers tell me often that The Giver is the first book that creates a lot of thought and debate and discussion among adolescents they teach. I don’t think the book espouses any political viewpoint but it does teach kids how important it is to think about the decisions we make, how dangerous the compromises might be, and the importance of each citizen in a democratic process..

You have written that the book The Giver came about, in part, while visiting your elderly parents in the nursing home and thinking about the role of memory in old age—how your mother, her memory still sharp, told many stories; how your father, his memory failing, seemed to be both spared and deprived of certain emotions because of things he could not remember. What advice to you have for children when it comes to spending time with grandparents or elderly friends—especially those who no longer remember things the way they used to?
Like everyone my age whose parents are now gone, I regret the things I never asked them. I would like to know so much more about their lives. But when I was young it didn’t seem important…and there seemed to be time in the future. I would encourage kids to ask questions of their older relatives, to listen to their stories…to tape them, or videotape them…because all of that will be gone forever. [An] important part of our own history is the stories of the people who came before us.

Students really want to hear more about your dog in the photo we found (the dog with a brown patch over one eye and a black ear). We noted that you have at least one book about a dog, Stay! Keeper’s Story. Tell us what you love best about having a dog.
You probably saw a photo of my Tibetan terrier, Bandit. He lived to be 13 and a half, then died; and now we have another Tibetan terrier….this one is named Alfie. [Photo below.] At this very moment he is asleep at my feet. I sometimes think I should have named him Elmer because he sticks to me like glue. But he is great company: playful and affectionate and loyal. Of course when he was a puppy, he was occasionally naughty. I used to think he was a great traveler, always curled up asleep in the back seat. Turned out he was chewing up the seatbelts all that time! It cost me $1,000 to have them replaced. 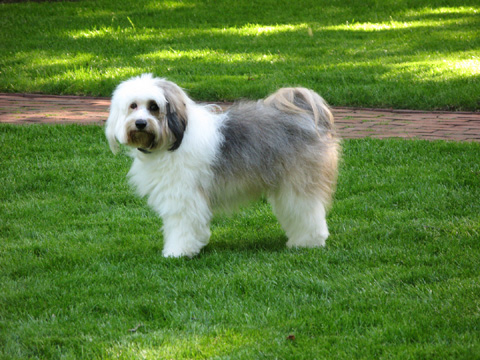 How do you feel about your books becoming movies? We understand that there are plans to make Number the Stars and The Giver into films. As a photographer, you must have strong images in your own mind’s eye.
[I have] mixed feelings about potential movies. I’ve read the screenplays that have been written for both those books and they’re excellent. But of course a movie has to have more action, often, than a book does. So they’re never exactly the same. I do happen to love movies, though, so I’m hopeful that these will be made, and that they’ll be good. But I have no control over it.

The kids wanted to know how you “start a book” and how you deal with writer’s block and other things about the writing process. Writing is hard for many of us. We give in to many distractions (which usually involve a screen). What’s a good way to get focused and prepared to write?
I find that a good way to start a book is by entering the middle of something….introducing the character who will be your main character, and in the middle of an action or a conversation that indicates to the reader that something is not exactly right. I’ve heard it describes this way, too: Begin on the day that is different. Recently I was part of a panel of judges selecting a previously unpublished manuscript for an award, and I noticed that many of the submissions I read started too slowly. It’s important to plunge in. As for “writer’s block”…I don’t seem to be troubled by that. Distractions? That’s easy. You need to be alone and in a quiet place to write effectively.

In one of your speeches you write, “I start each day, alone in my office, by reading a poem to myself.” That is great advice. Many kids at our school love song lyrics, especially rap music. What poets do you recommend kids read?
Well, there are so many wonderful poets that it would be hard to choose individual ones. But for starters: I’d have kids read two poems by Billy Collins. One is called “The Lanyard” and the other “On Turning Ten.” Both are very accessible to young people, talking about familiar things; but they both do what good poems should; they go on to lift your thoughts to something beyond the familiar things. They make you think.

Some authors write only one great story—such as Harper Lee, author of To Kill a Mockingbird. You have been writing for about 40 years. What keeps you writing? Do you hope to win more awards?
I keep writing because it’s the one thing I love more than anything. Awards are not at all-important, but audience is. Hearing from readers is the single most satisfying thing I experience. Knowing you have made a difference in a young reader’s life is immensely gratifying.

You write for all ages, boys and girls. Tell us about your most recent books.
In January I published a book called Like the Willow Tree, part of Scholastic’s Dear America series, set during the 1918 flu epidemic and written in the form of the diary of an 11-year-old girl. The research was fascinating and I loved becoming that child and telling her story. More recently, Bless This Mouse is about a colony of mice living within the walls of a church and facing grave dangers. It was enormous fun, and illustrator Eric Rohmann really brought the mice to life with his drawings.