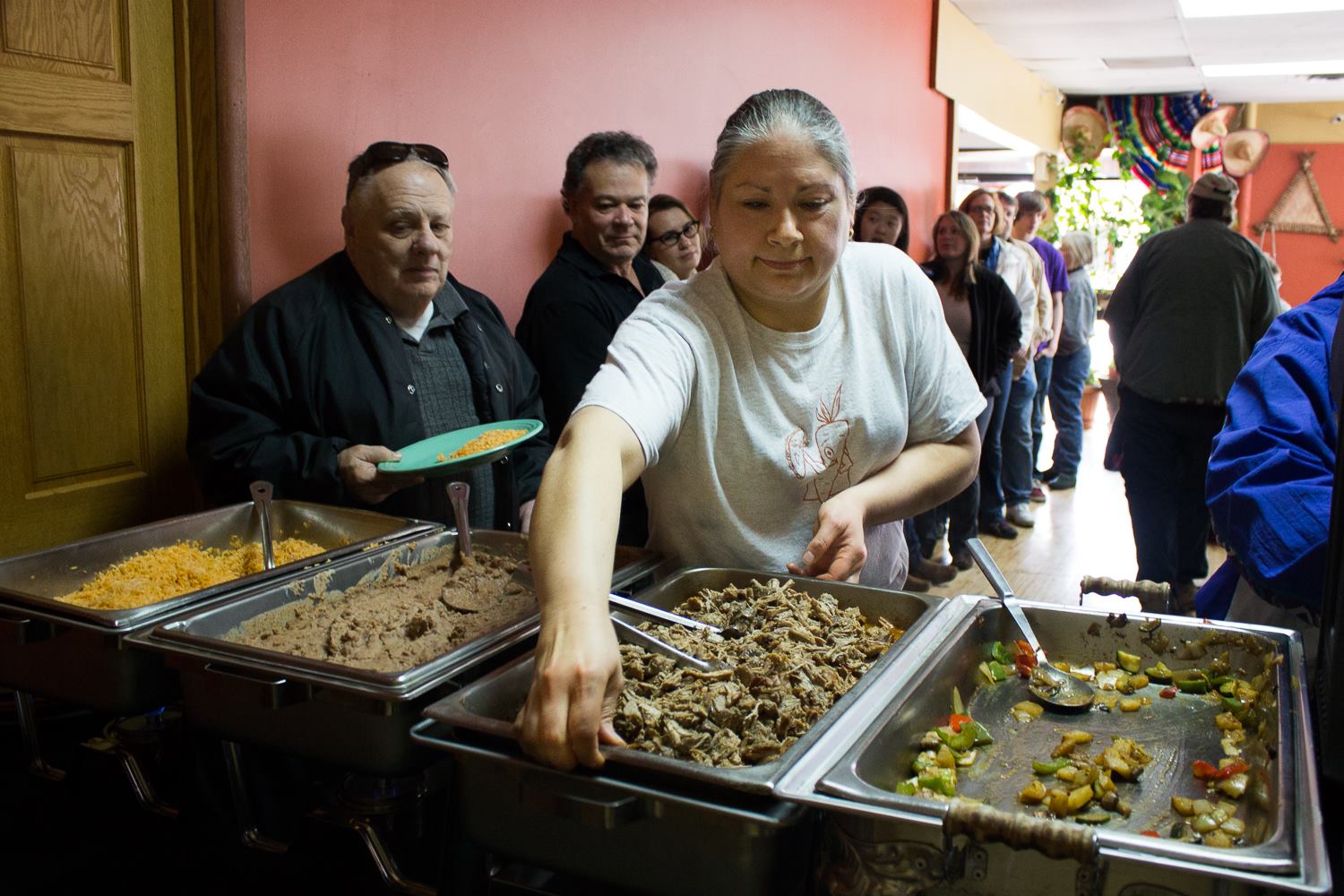 Nearly 200 people showed up to El Norteño Restaurant in Minneapolis on Saturday, April 19, for a “Carrotmob” to support the efforts of the owners, Clemen and Estela Serna, to improve the energy efficiency of their restaurant.  Over the course of three hours, 100% of the proceeds from the restaurant’s taco buffet line were set aside for making upgrades to the lighting system throughout the business.

Patrons expecting a quiet Saturday lunch found themselves crowded in a sea of people supporting the business for a variety of reasons.  Organizers of the event describe the “Carrotmob” concept as the opposite of boycotting; rather than avoiding a business out of disagreement with their principles, Carrotmob participants actively reward businesses with their dollars in support of their specific actions.  In this case, the community rewarded El Norteño for the owners’ dedication to environmental sustainability.

The event was the result of a collaborative effort by a group of students from Macalester College, staff from the Latino Economic Development Center and Lake Street Council, and the business owners. The student volunteers, who are active participants in environmental efforts on their own campus, received a small grant to put on a Carrotmob at a local business focused on energy efficiency. They selected El Norteño for its location on Lake Street, its popularity among residents of the surrounding neighborhood, and its existing efforts towards sustainability, which have included composting.

Part of the event’s success relied on the crowd attending a Record Store Day event at nearby Hymie’s Vintage Records. The block party, which featured live music and a bouncy castle, drew record attendance but didn’t offer food. A student volunteer capitalized on the hunger of attendees by dressing in a full-body carrot costume and handing out flyers.

In three hours, the event raised enough money to cover the entire cost of the lighting projects to be completed at El Norteño in the coming months.  For the volunteers and the people who attended the Carrotmob, the event was simply a chance to support an environmental effort while enjoying good food and company, but for Clemen, the event was an opportunity to raise the money needed for an important capital expense through business activity, rather than a loan. She hopes that other business owners will follow in their footsteps and use this model to make their own improvements to their businesses’ efficiency and sustainability.