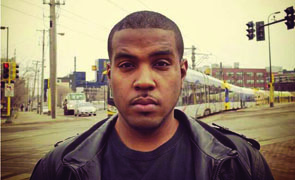 “Hey, what’s up man it’s Mike Dreams,” are the words spoken to a young reporter at 5:04 pm on a Monday night. After giving thanks for the time, we turned what was supposed to be a brief interview with local artist Mike Dreams, into an hour-and-a-half long conversation with the man Michael Hannah.

Mike Dreams, if you ask him, is just a hip hop artist from South Minneapolis with a message in his music and ties to his community. Ask a fan of the music, he’s a talented artist that relates to his audience. Ask the person who interviewed him for over an hour, and he’s a man destined for greater accomplishments in music as well as life; and it’s not by accident.

“Ever since I was young, I have always been obsessed with having people remember me for something long after my life is over – my music serves that purpose. Each song is a part of a time capsule that will tell the story of a kid who believed anything was possible and what he did to make those dreams happen.”

At the age of 24, he realizes that the wrong perception can limit his audience. Stating that he never wants a potential listener to write him off because they don’t like him, relating to how a lot of people miss out on an intellectual message and good music from Kanye West due to his public perception. As an artist who takes his craft very seriously, Dreams feels that he is giving an “introspective and teaching” message through his music. If you’ve played any of his four albums, you’ll see his artistry offers a personal look into his life.

“What we’re putting out right now is going to influence the next generation.” Through his music, the local artist aims to help folks get through life and personal struggles, by telling his own story. In “We the Ones,” a song from his LP entitled Millennial, he doesn’t hold back from telling us that he couldn’t complete college in the normal amount of time and that he once held hate in his heart for a man that got a light sentence for murdering his older brother. It’s the little windows of honesty that Michael Hannah – the man behind Mike Dreams – places into his music, which he feels has helped towards his success to date with his young audience.

According to Dreams, there’s a “certain energy that’s prevalent in young people.” Outside of his preference to perform for youth, he also enjoys to work with them. Believing that there is a method to songwriting and performing, he hopes to teach it to young people with an interest in the craft and assist more artist in achieving their dreams. “Performing is communicating with the audience you’re talking to,” Dreams says. With that being the case, be prepared to hear something new.

After going through the stages, he’s emerged at a new stage. The first stage took place in 1997 when he saw “Killing Me Softly” by The Fugees, planting the seed of wanting to be a rapper and perform. The second stage was in 2002 with the release of Universal Pictures 8 Mile starring Eminem, triggering the need for validation of the verbal and rhythmic skill set for the young rapper. The third stage came 10 years after the first, 2007, which was to get in the booth and record something tangible.

Since stepping into that third stage of evolution, Dreams has been in the fourth stage of professional growth, which has led to a whole new unexpected stage that comes with a certain level of experience. For Dreams, this level consists of speaking out on social issues that are prevalent in his community. He explicitly insists that he is not trying to force his opinion on to anyone, but rather just share another perspective and share some knowledge that may be overlooked. After all, according to Dreams, “if you never speak on [social issues] then people never know how you felt.” Some of these topics will include politics within the city and views on how to enhance the local hip hop culture and movement.

Be sure to be on the look out for Mike Dreams’ next studio album entitled Young American Dreams. Also look for his young protégé female group LNJAY.

“As far as dreams are concerned, nothing is off limits,” he says