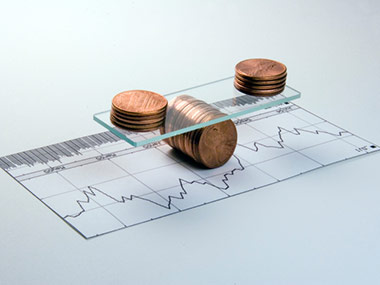 As noted in part one of this post, funding for the city Local Government Aid (LGA) program has been cut dramatically since 2002. As a result, the property tax leg of the Minnesota’s three-legged revenue stool has grown—that is to say, Minnesota’s dependence on the property tax for funding public services has increased. To reverse this trend, Governor Dayton’s tax proposal and the House and Senate omnibus tax bills each contain an $80 million (19 percent) increase in the LGA appropriation in 2014 to restore a portion of prior year cuts.

Consider the following example for the hypothetical city of Minnville. In year 1, Minnville had a total budget of $3,000,000, two-thirds of which came from a $2,000,000 property tax levy and the other third from a state LGA payment of $1,000,000. (Among cities that receive it, LGA comprises about 28 percent of total levy plus state aids, so the one-third LGA assumption used here is not far from the actual average.) Assuming a two percent rate of inflation for year 1 to year 2, Minnville’s budget will need to increase by two percent to provide the same level of city services in year 2.

In scenario #1, LGA is frozen, with no adjustment for inflation. The city budget increases from $3,000,000 in year 1 to $3,060,000 in year 2 to keep pace with the two percent inflationary growth in the costs of the goods and services that the city purchases.

With no increase in LGA, the entire inflationary growth in the city budget will have to be borne by growth in property taxes. Thus, city property taxes in Minnville will increase by three percent even though the budget grew by only two percent.

In reality, city budgets have increased at a rate below the rate of inflation over the last decade; furthermore, only a portion of every real dollar reduction in city LGA has been replaced through an increase in property taxes. However, if the LGA appropriation is not adjusted for inflation, the real purchasing power of LGA dollars will decline over time. After a decade of declining real city revenue, the ability of cities to absorb future aid reductions through budget cuts is limited; eventually, the erosion in the purchasing power of LGA resulting from an appropriation freeze will translate into higher property taxes.

It’s necessary to adjust the LGA appropriation for inflation in order to help avert future city property tax increases—and to help keep the property tax leg of the three-legged stool from growing. Fortunately, there is one proposal on the table that does exactly that. More on this when this series concludes tomorrow.