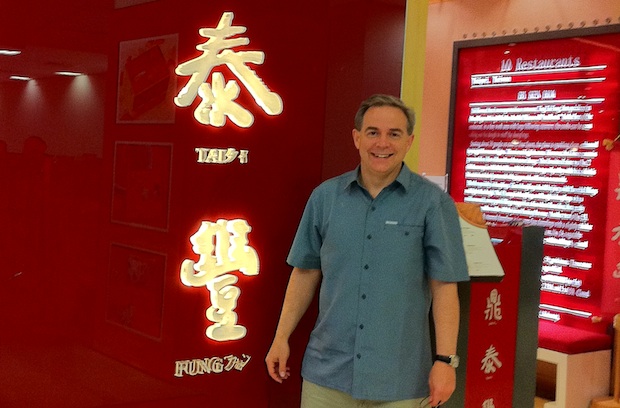 Our motto here at the Daily Planet is “Local News for Global Citizens,” but sometimes we get things backwards, and send a local citizen to cover a global story. Like when The Daily Meal announced their 2013 list of the 101 Best Restaurants in Asia. The #1 restaurant on the list is Din Tai Fung, a Taiwan-based chain with branches in Australia, China, Hong Kong, Indonesia, Japan, Malaysia, Singapore, South Korea, the United States, and Thailand.

(By the way, people who love fine dining or journalism should never see how these “best” lists get created. It is interesting to note that the top restaurant on The Daily Meal’s list of 101 Best Restaurants in Asia didn’t even make the list of Asia’s 50 Best Restaurants organized by Restaurant magazine, while the restaurant that topped the Asia’s 50 Best list, Narisawa of Tokyo, didn’t rank in The Daily Meal’s top 101.)

So when I learned that Jim Harkness, president of the Minneapolis-based Institute for Agriculture and Trade Policy was headed to Beijing on a work trip, I asked him if he could pay a visit to the local branch of the award-winning restaurant.

Turns out that Jim, who travels to China regularly, was already familiar with Din Tai Fung. “I know it well. Definitely more a Fodor’s type selection than either Michelin or Rough Guide: not super-high end, but also not a hole in the wall by any means.” 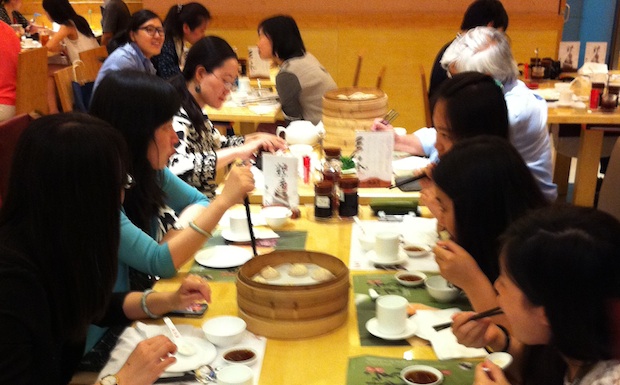 “The baozi (steamed buns or dumplings) are as good as ever,” Jim reported back from Beijing, “but I would say they are slipping a little in the noodle department, and whereas they used to have a very small, simple menu of noodles and baozi, they’ve diversified with very mixed results. High end new ingredients like shark’s fin and goose liver, and various stir-fried dishes that just aren’t their forte. 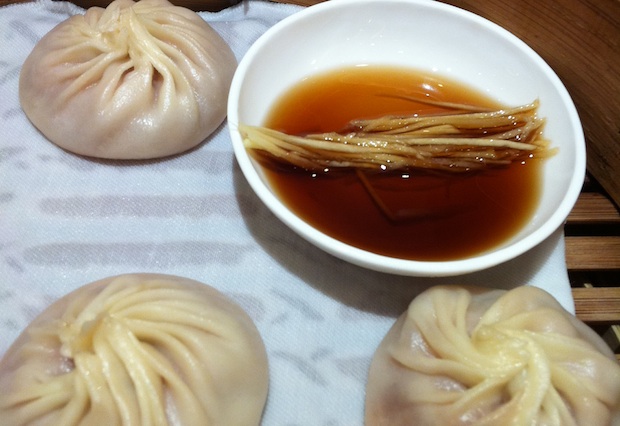 “Their signature dish, known as ‘soup dumplings’ tangbao, because the filling is bathed in a delicious pork broth that can scald the tongue or stain the shirt front of the unsuspecting patron. With vinegar and ginger for dipping. 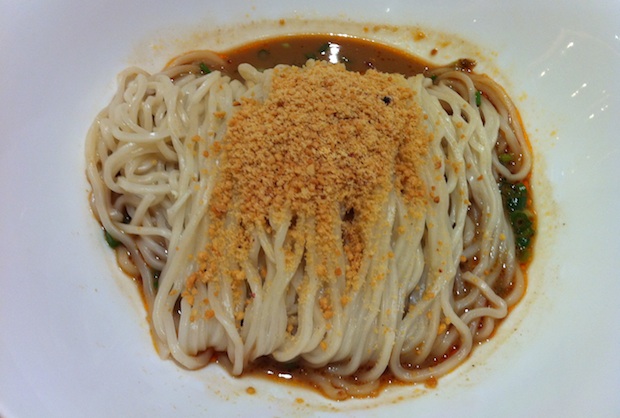 “Dan dan noodles. Unlike the spicy Sichuanese original, DTF focuses more on sesame paste, probably to accommodate the gentle palates of their home customer base on Taiwan. Normally delicious, but this bowl felt a bit thrown together.”
Where can you get pork soup dumplings locally? I asked a Chinese-American friend, who said that the local Chinese restaurants don’t serve the big soup dumplings, tangbao, that are Din Tai Fung’s specialty, several do serve xiao luo bao (xiao=little, luo=basket, bao=bun/dumpling), a smaller soup dumpling that is a specialty of Shanghai—and she offered a couple of recommendations:
“Tea House on University Ave. seems to be the favorite of several friends. Quality is more consistent and particularly good if you will notify owner Yolanda Ho Wong before you go.” She also recommended Grand Szechuan in Bloomington, noting that their xiao luo bao are freshest and tastiest on weekends, “when there is a good turnover and the head chef is on hand.”
She also offered a little practical advice: “To properly eat one of these baos, first place a bit of vinegar in your Chinese spoon, place the bao in it and then place ginger slivers on top.  Then lean over the assembly slightly and gently bite into the bao.  This will release the broth gently into the spoon and you may take as much of it as you wish with each bite.  And each bite will be filled with the contrasting flavors and textures that your assembly offers.”
I stopped in unannounced at Tea House, and had an order of their very tasty Shanghai pork soup dumplings, served in a plastic steamer basket with a cup of vinegar soy dipping sauce (six for $8). How do they stack up against Din Tai Fung’s? Stay tuned—I’ll ask Jim Harkness to tell me when he returns from his travels. 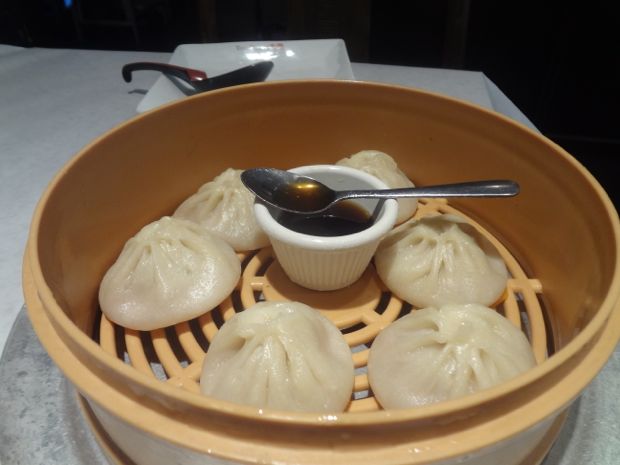