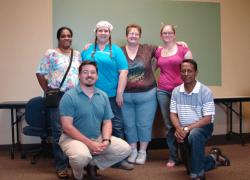 The Minnesota – Sri Lanka Friendship Foundation has done much to support the native land – to rebuild in the aftermath of the tsunami, and now with the end of its decades long civil war. But its baseball that has now captured the imagination of the sports loving nation—and a local effort has begun to help equip youth that are quickly rising to the par of their international peers.

According to the Sri Lanka Amateur Baseball and Softball Association, the sport was introduced to the country through the American Embassy around 1985, and resulted in eight youth clubs and programs in 12 schools and has now spread to many more.

Nevanka Liyanapathiranage, a Globe University librarian and co-organizer of the equipment drive with her spouse, Ananda Srilal Liyanapathiranage, said they believe baseball is popular in part for its similarity to the ancient Sri Lankan game of “Elle”, which is similar to baseball or stickball, and uses a smaller ball and a bamboo stick.

The boys play Elle, and the girls play a similar version called “Rounders.”

“People have the ability to learn the game faster,” said Nevanka. “It has similar rules and the way they pitch the ball and swing the bat.”

Nevanka said the rules of the game are similar but there are no gloves and the kids have taken to the more sophisticated baseball that is still familiar with its simple concepts.

Elle is popular in the rural areas, where youth don’t have the luxury to afford cricket equipment, they said. Baseball is taking off where the native game transfers to easily onto the playgrounds.

Srilal said that cricket remains prominent in Sri Lanka. Baseball is emerging on its own and not substituting other games. He said it helps that the game draws on similar rules and skills and it shows as Sri Lanka is fast rising to the level of the baseball world.

Americans are accustomed to strong international competition from Cuba, Mexico, Central America, Japan, Korea and Taiwan – where youth baseball programs have been in place for decades.

The Sri Lanka Olympic Committee got its baseball books, writing pads, white boards and equipment largely from international donations. He said the next step is to develop a baseball and softball program for women.

The Minnesota – Sri Lanka Friendship Foundation is now collecting new and gently used equipment that will be shipped to official contacts in Sri Lanka for distribution at schools and clubs that need and will use them. They will accept any equipment that goes with baseball: from bats and balls, to gloves and helmets, to the shoes, padding, masks and bases.

They will also be looking for catchers and umpire gear and uniforms.

Nevanka approached Globe University / Minnesota School of Business, which now institutes a Global Citizenships Class in Service Learning, to see about having students adopt this effort as a class project.

Stacey Severson, Woodbury Campus Director, said the focus of the class is to enhance learning by applying classroom experience with community needs. It is as a service learning component to help connect students with the community – both local and global.

She said students learn to work in teams and collaborations to develop the skills for success in work and the community.

“This is service learning and not volunteer work,” she said. “It focuses on engaging students and community.”

The three students working on the baseball project are freshman Massage Therapy students, Fran Churchill and Sylvia Isaacson, and Veterinary Technician freshman Angela Lawson – who just completed a tour in the Middle East with the U.S. Army.

The three said that after a presentation from Nevanka and Ananda, they went to work on how to organize an effort to reach local businesses to help with equipment purchases and shipping costs.

Robert Brace, Dean of Faculty and creator of the service learning class, said the students generate their own project to benefit the community.

“We are trying to implement service learning projects; not just for this class but a wider spectrum,” said Brace.

In this case the concept is based on the book, “Inversion of Cause” by Peter Block. Brace said that in a time of terrible tragedy, which in Sri Lanka came in February 2008, when a suicide bomber blew herself up on a train – and killed or injured many members of a Sri Lanka baseball team.

“In this project, we looked at the destructive event in a tragedy and are inverting it as a power for change,” he said. “We are taking the baseball themes of this destructive event and are turning it around and making a positive.”

The students are each taking a county and contacting all of the schools to find used equipment for possible donations. They are also contacting corporations and professional and amateur sports clubs.

The semester is nearly over but they want to establish contacts and begin relationships that can then follow through with the next group or the foundation.

The national sport of Sri Lanka remains volleyball but don’t tell that to a cricket fan (Sri Lanka winning the 1996 World Cup was about as unexpected as the 1988 Minnesota Twins winning the World Series) and rugby is also a popular pastime. They nearly repeated in 2007, losing to Australia in the finals. Sri Lanka will host the 2011 Cricket World Cup