Matt Little is gone, leaving a legendary legacy. He was widely renowned and will be well remembered as a Civil Rights Era icon who held a soul-deep commitment to empowering the African American community.

Graduating North Carolina A&T State University in 1948, he relocated to the Twin Cities and, in 1954 became a board member of the Minneapolis NAACP, beginning a lifelong dedication to the organization.

During his career, he was president of that chapter as well as president of the Minnesota state NAACP. Far from being a figurehead, Little was hands-on and counted among his most prized memories filing a federal lawsuit to integrate the Minneapolis Fire Department.

He also took the U.S. Department of Housing and Urban Development and the City of Minneapolis to state court for forcing people of color to live in poor housing. He helped create the Minneapolis Civil Rights Commission, became a charter member, and was instrumental in persuading the Minnesota Vikings to hire the hugely popular franchise’s first Black head coach, Dennis Green.

Little was elected five times to Minnesota’s DFL State Executive Committee, four times a delegate to the Democratic National Convention, and four times chosen for the post of president elector to cast one of Minnesota’s 10 electoral votes for the U.S. president. Among a long list of awards were the Human Rights Award from the League of Minnesota Human Rights Commissions, as well as the state Democratic Party’s Hubert Humphrey Award and the Minneapolis Urban League Outstanding Civic and Service Award. He received an honorary doctor of law degree from the University of Minnesota. 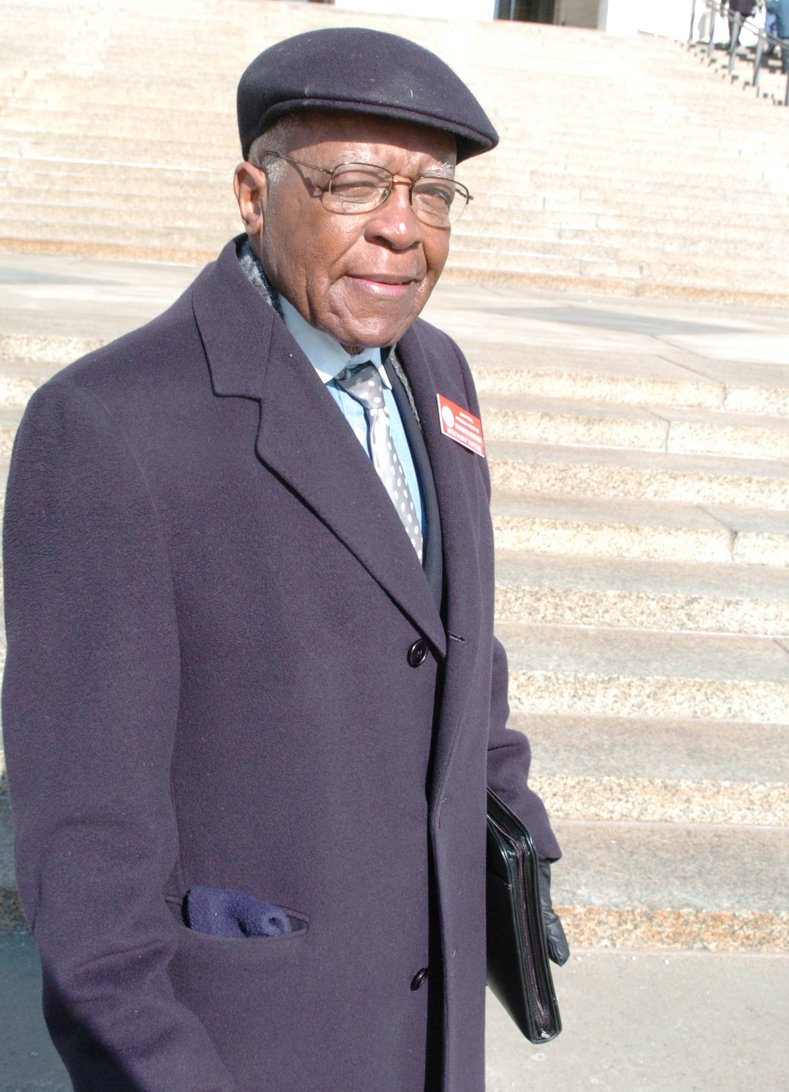 Matt Little, locally accomplished, kept his eye on the national prize. Of attending President Barack Obama’s inauguration, he told Minnesota Law & Politics, “It’s impossible for me to put words to the feeling I got when I looked up and saw [him] taking that oath. It was a feeling deep inside I never had before. Having been standing in line almost three hours, the temperature in the teens, I almost froze to death. But, at that moment, I warmed up.”

That historic moment, for all the monumental significance that it held for citizens in general, meant all the more to Matt Little. He’d fought all his life to see an America in which such a event could occur. “It [was],” he said, “a culmination of everything I’ve worked for.”

In 1963, he took his first trip to Washington, D.C. with a Minnesota contingent to join the March on Washington, where Martin Luther King, Jr. shared his dream. “It was so mesmerizing,” Little recalled. “In every respect. Not only the message but his oratory. He spoke beautifully.” After returning to the Twin Cities, he organized activists for the landmark Freedom Rides, which, like the Washington event, heralded a turning of the tide against institutional racism.

Little was a close longtime associate of Minnesota Spokesman-Recorder publisher Cecil Newman and wrote for the newspaper for more than 50 years. He continued writing his weekly “Little by Little” columns on politics and civil rights until very recently. Says current MSR President and CEO Tracey Williams-Dillard, “We very much miss Matthew’s presence on the pages of this newspaper. He is part of our legacy and has had a deep and lasting influence on our staff and our community.”

Daughters Kinshasha Kambui and Titilayo Bediako followed in their father’s footsteps as grassroots activists, spearheading the WE WIN Institute. “The legacy my father [leaves] me and my children,” Kambui reflects, “is one of hard work and community service. [He] taught me that there is nothing that I cannot accomplish if I keep my eye on the prize and I am willing to work for it. He [showed] me how to be an elder with grace, kindness and vigor.

“He taught all of [the family] service, commitment, justice, hard work, education, respect and love, which has been a tradition that we have all participated in all of our lives.”

Services to honor his memory will be held at Shiloh Temple, 1201 West Broadway Ave. in North Minneapolis on Saturday, Feb. 1, at 10 am.