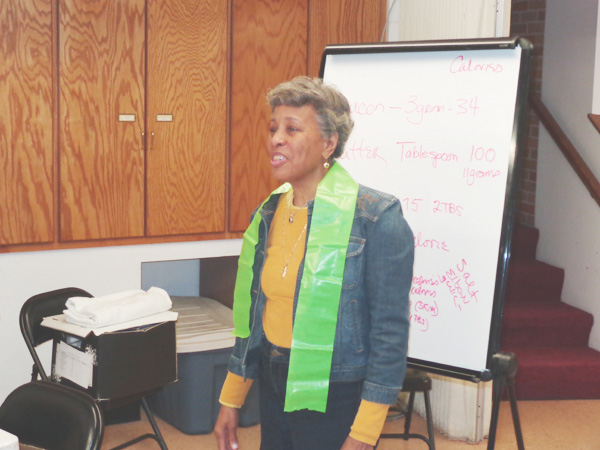 Diabetes is the “gateway disease” that often can lead to other health concerns, especially for Blacks. According to the Centers for Disease Control, one of every three Blacks in this country either has diabetes or is pre-diabetic, and nearly 39 percent of Black Minnesotans’ deaths are caused by diabetes.

As a result, Stairstep Foundation/His Works United, in conjunction with the Minnesota Department of Health, has partnered with 11 local Black churches to host classes to help people avoid becoming diabetic.

“My church has been doing this way before other churches,” claims local school nurse Beverly Propes, a member of Friendship Baptist Church. Her church and Wayman AME Church have been partners in this effort for about five years. “Now it is apparent that more and more churches see this as a valuable effort, because it saves lives.”

Diabetes “is ravishing our community,” notes Stairstep Foundation Executive Director Alfred Babington-Johnson. “We have trained about 25 life coaches” to facilitate the classes in their respective churches, he adds. “We have been working on a wide range of [health] issues, but we focused on diabetes.”

The program’s main goals for each participant include reducing his or her weight by five to seven percent and increasing his or her weekly physical activity by 150 minutes. “It is available to all of the community,” says Babington-Johnson.

A longtime community health advocate, Propes facilitates the class on Saturday mornings at Wayman with nurse Renee Ochs, a member of Wayman. Each participant is required to weigh in at each class session as well as provide weekly calorie intake logs and homework assignments.

“I believe that there are cultural dynamics that need to be put in place to address the diabetes in the African American community,” states Propes. “The…things that I am doing are things that I think are different in terms of building that self-awareness to help with that ‘health cognitive’ of our people in realizing that there are things that they need to do to reduce the risk.”

The nurse says she likes the program’s shift of working more with those who aren’t diabetic. Propes says she believes a different approach to convince Blacks to change their eating habits is often needed.

“We’ve always been told that we need to stop eating fried chicken, macaroni and cheese, fatback in our greens, red rice, mashed potatoes and gravy because all of those things — the sugar, salt and the carbohydrates — contribute to our risk for getting diabetes,” she continues.

“Part of our objectives for this program is to help participants manage their weight and not tell them they have to diet, but instead teach them [when] the food intake to be consumed is high and the calories, salt and sugar they don’t need.

She also reminds her class that Blacks during slavery days ate healthy: “We sustained ourselves on vegetables and roots. Now we almost can go back to those days. We can eat almost nothing but vegetables, because you can chop them off and purée them and drink them and get all the vitamins and minerals and less calories.”

There have been several “ah-ha” moments expressed by the participants, recalls Propes. “To have them say, ‘Oh, this don’t taste too bad’ or ‘I can try this” — I call it a cultural transformation. When they say ‘ah-ha,’ they have a better understanding of what choices they have.”

Propes also warns her class about impatience if they aren’t losing weight fast enough. “I remind them that we are managing our weight. If you weighed 150 pounds when you started, but if you are exercising and watching your food and calorie intake, you are going to see yourself losing weight.”

Propes says she has seen many Blacks move toward a healthier lifestyle, especially in what they eat. “We have switched from pop to water. We have switched from fried chicken to baked chicken. It’s happening, and it’s slow to happen because they know I am going to be pretty direct about how I want to see them live long enough to watch their grandchildren finish college.”

For more information about the Stairstep pre-diabetic classes, how to enroll, and class locations, call Stairstep Foundation at 612-521-3110.