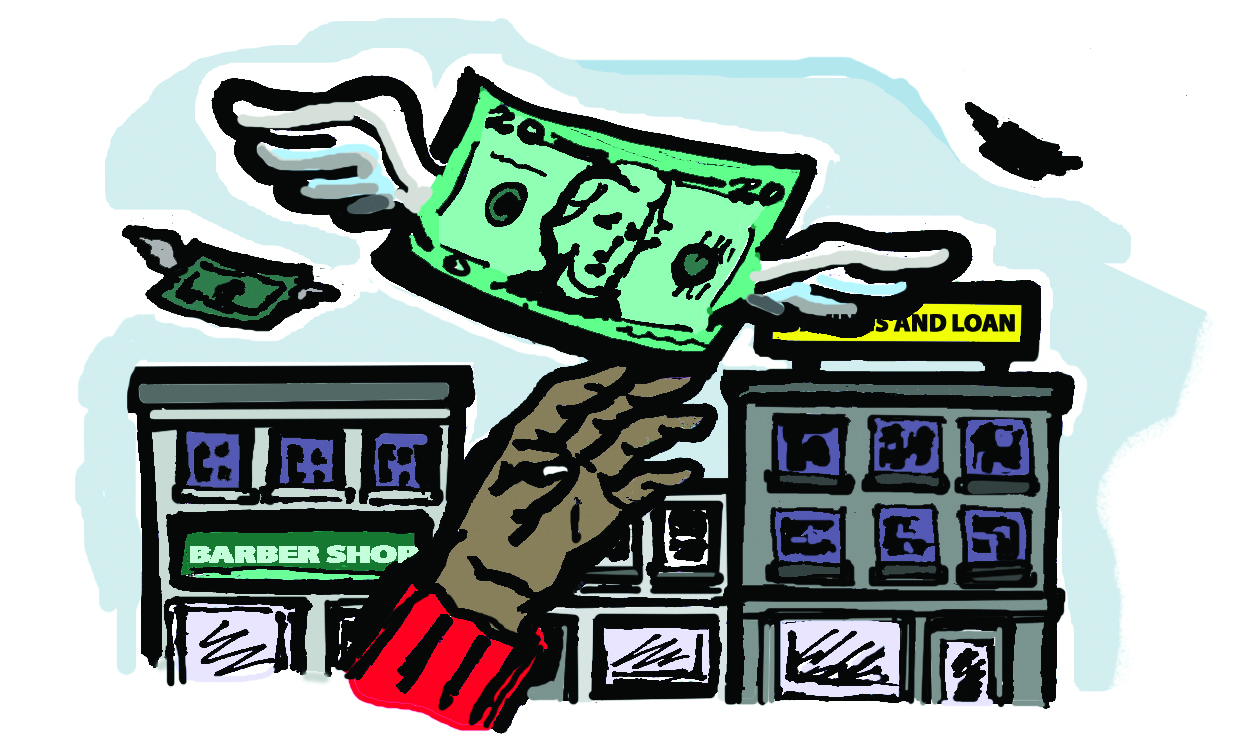 Local Black entrepreneur Duane Johnson believes that the issues that vex the Black community, such as unemployment, can be addressed by stronger support of Black-owned businesses. He and his business partner Sean Armstrong have developed a way to get this message out to the community.

“There have been studies done by economists that [say] African Americans spend six cents of every dollar at Black-owned businesses,” explains Johnson, who is currently working on a dual master’s degree in business administration and public policy at the University of Minnesota. “If they would increase their spending from six cents to 12 cents of every dollar, they could bring the national unemployment rate of African Americans down from 14 percent to 10 percent.

“As more African Americans have jobs, it increases the tax base in the state as well as for the country, lowers crime rates and closes the achievement gap,” he continues. 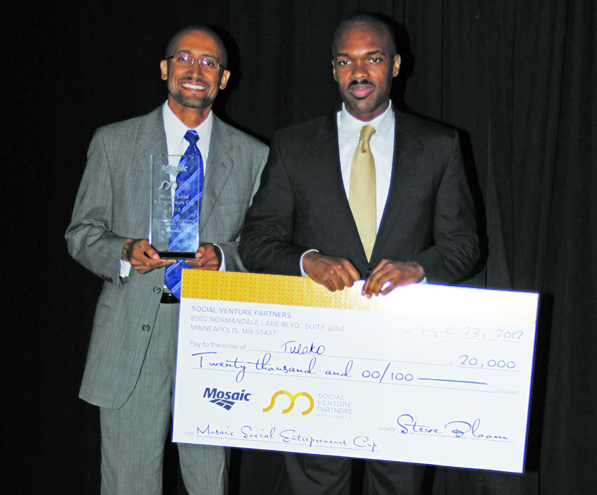 He learned about Tulsa, Oklahoma’s thriving Black business community in the early 20th century, then known as “Black Wall Street” during his college undergrad days. In Ron Wallace’s book, Black Wallstreet, he describes Greenwood, an affluent all-Black community that covered 36 square blocks with nearly 40 Black-owned businesses, including restaurants, grocery stores, a bank, hospital and other establishments. However, it was burned to the ground by White rioters in the summer of 1921.

Sean Armstrong learned about Greenwood as well. He and Johnson first met in Boston in 2006 and quickly learned they have similar backgrounds. “We both come from backgrounds where the philosophies of Marcus Garvey were taught, and Black history was a staple in both our households,” says Johnson. “We have the same vision and goal on what we want to do for the African American community.”

Four years later, in 2010, Johnson and Armstrong devised a business plan “to create a virtual community online of Black-owned businesses,” adds Johnson. “My partner and I have done tons of research on everything related to Black entrepreneurship — Black businesses — from a public policy standpoint — from a capitalist standpoint — and we have this wealth of information.”

Black businesses only get about six percent, or $66 billion, of the total Black buying power, which is predicted to be an estimated $1.2 trillion by 2015, Armstrong points out. “Therefore, the concept of what we are trying to do is circulate the dollars throughout the community…driving people to these businesses so that they can support these businesses, and they can hire more people.

“It is what Tulsa, Oklahoma was all about back in 1920-21, and the early 1900s, Johnson continues. “They had a self-sufficient, self-contained community because the dollars kept circulating through the community. We don’t have that now.”

As a result it was Armstrong’s idea in 2010 to honor the now-destroyed Black Wall Street by calling their business Tuloko. “The name is a combination [of] Tulsa, Oklahoma [and]… ‘to locate.’ We want to help people identify [Black] businesses and have a directory that is up-to-date and factual. There are Black businesses right in your community and you don’t even know it is a Black-owned business. That’s how I came up with the name,” says Armstrong.

“In Black Wall Street…a dollar entered the community and it took almost a whole year before it left the community,” Johnson explains, “because when Tyrone went to the barber shop and spent his money on his haircut, the barber went and deposited his money into a Black-owned bank. The Black-owned bank then loaned that money out to another African American who is trying to purchase a home. The dollar kept circulating.

“Unfortunately, we don’t do that today. A dollar enters the Black community and leaves in 15 minutes. That’s what hurting us economically,” he notes.

On August 23, Johnson’s and Armstrong’s business plan was among four finalists in Social Venture Partners Minnesota’s Mosaic Social Entrepreneurs Cup competition to support and encourage small businesses, and won the $20,000 prize and 40 hours of capacity-building assistance. That placed him among six division winners that competed last month for the $40,000 top prize in the annual Minnesota Cup, whose website calls it “[the] largest statewide new venture competition in the country.” Although they didn’t win the cup, Johnson says he’s proven that their company has the right idea.

Johnson believes that when Blacks hire Blacks, it helps everyone. He cites as an example a printer ink manufacturing plant in Boston.

“The owner is a Black woman. She hires people from the community, and some of the people who works there are [former] felons,” he explains. “She has a proven model, and I don’t think nationally she gets enough credit. This is something that can be duplicated across the country.

“Other communities do it,” he continues. “In every major city across the country you have a Chinatown… You’ve got a Germantown or Little Italy when you have people from the same community taking control of it. It creates sustainable wealth over generations.

“My partner and I see ourselves as the entrepreneur’s entrepreneur,” Johnson says. “We are going to be teaching people the basic economics of supporting Black-owned businesses. We are here to take an analytical and intellectual approach to supporting Black businesses. We don’t need another beauty salon or restaurant — we need more banks. We need more water companies and lifestyle companies, like wineries, more day spas.”

Tuloko, a website listing Black businesses developed as a result of Johnson’s and Armstrong’s business plan, will be announced in the MSR as soon as it is up and running.