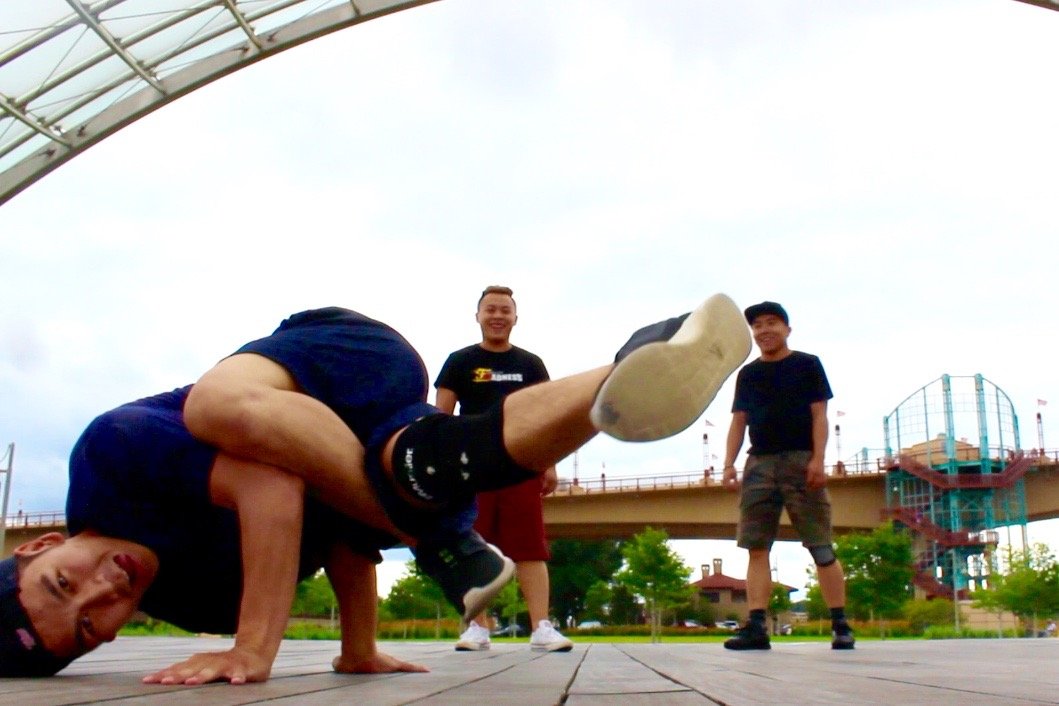 The Hmong Breakers Leadership Council will host a breakdancing competition at the Little Mekong Night Market this Friday and Saturday.

Audrey Park experienced the vibrancy and chaos of night markets in Korea, Thailand, Vietnam and Cambodia before she was hired to coordinate one in the center of the Little Mekong district of St. Paul.

At traditional night markets in Southeast and East Asia, vendors set up tents on condensed streets to sell street food, clothing, and other goods aimed at late-night crowds. “They’re overwhelming in the best kind of way,” says Park. “Everyone is out. It’s the place to be seen and see things. You experience so many different and new smells and activities. I would highly recommend it.”

Park argues that markets in each country are different because of their locations’ varying food, traditions, and styles. And, the same goes for a Minnesotan night market. “There is such a culture of the Twin Cities themselves that we want to mesh that together,” she says. “It’s a little bit of a Southeast Asian night market with a great St.Paul twist.”

Park explains that the market’s host, the Asian Economic Development Association (AEDA), has a primary goal to help out local Asian businesses. However, with the night market, they want to show the diversity of communities that inhabit the area. The Little Mekong District (which derived its name from the Mekong River that connects China, Myanmar, Laos, Thailand, Cambodia, and Vietnam) stretches from Mackubin to Galtier along University in Frogtown, one of St. Paul’s most diverse neighborhoods. 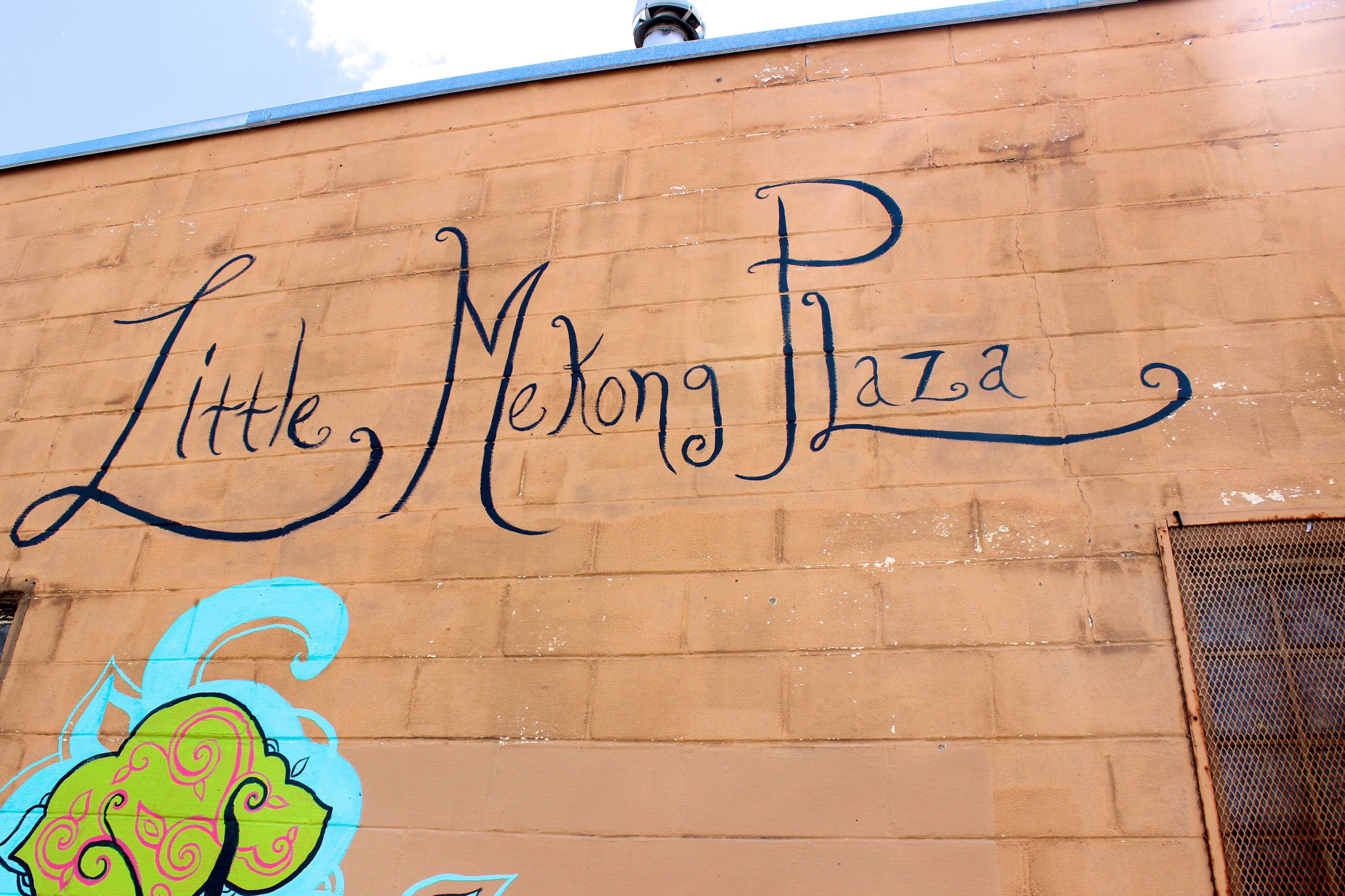 Murals at last year's first annual Little Mekong Night Market location. This year, the market is moving into the streets, on Western from Aurora to Charles. 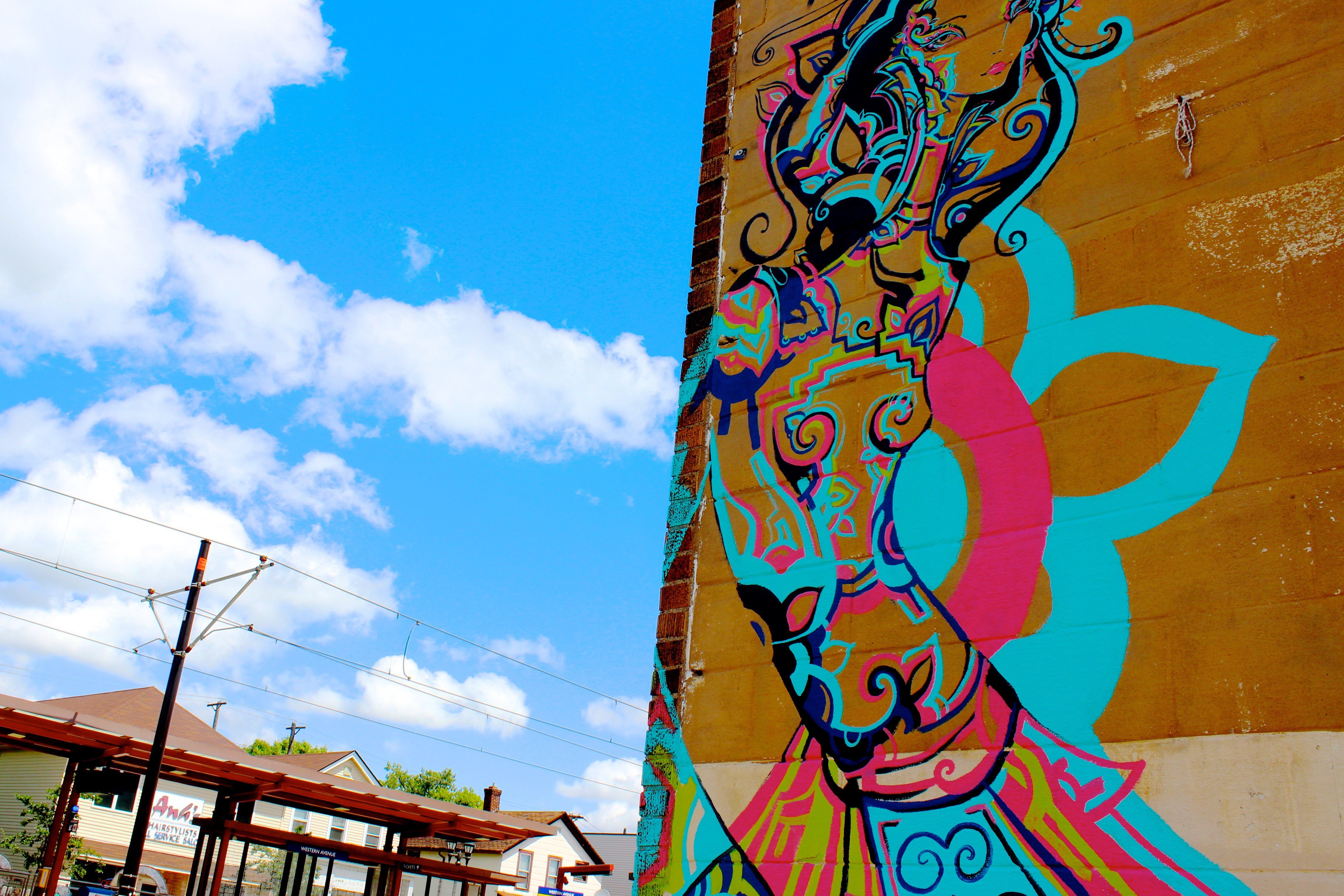 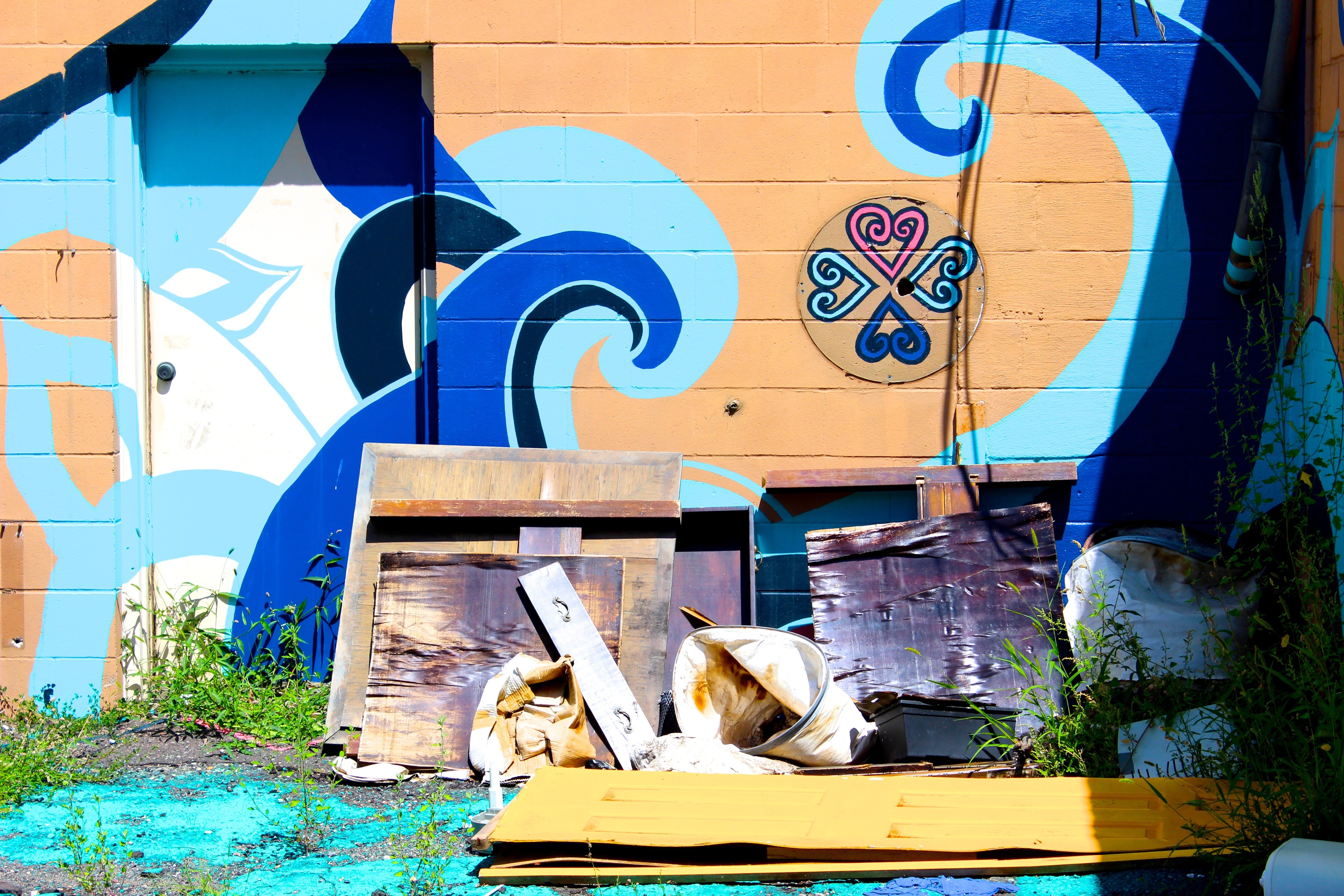 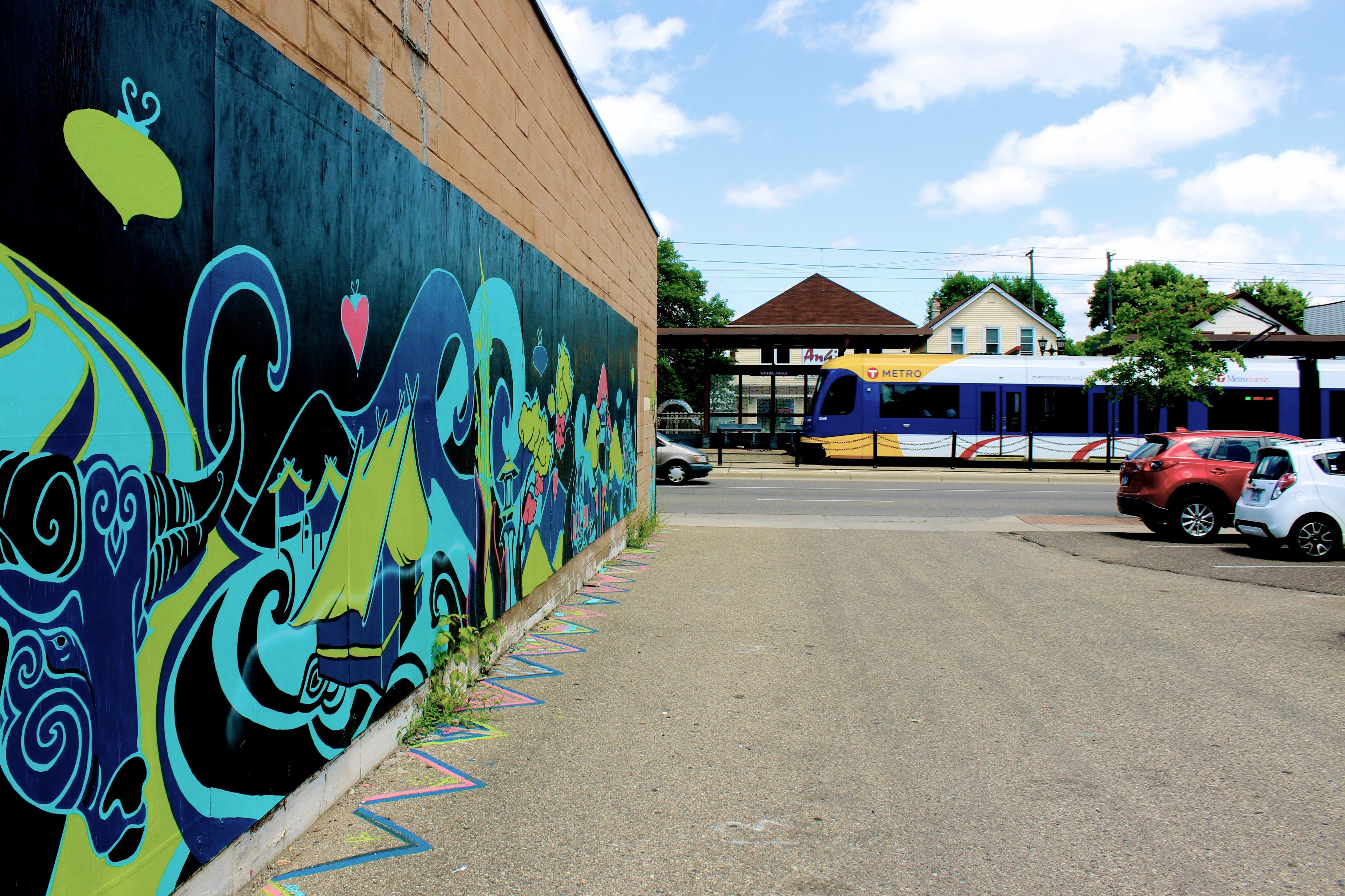 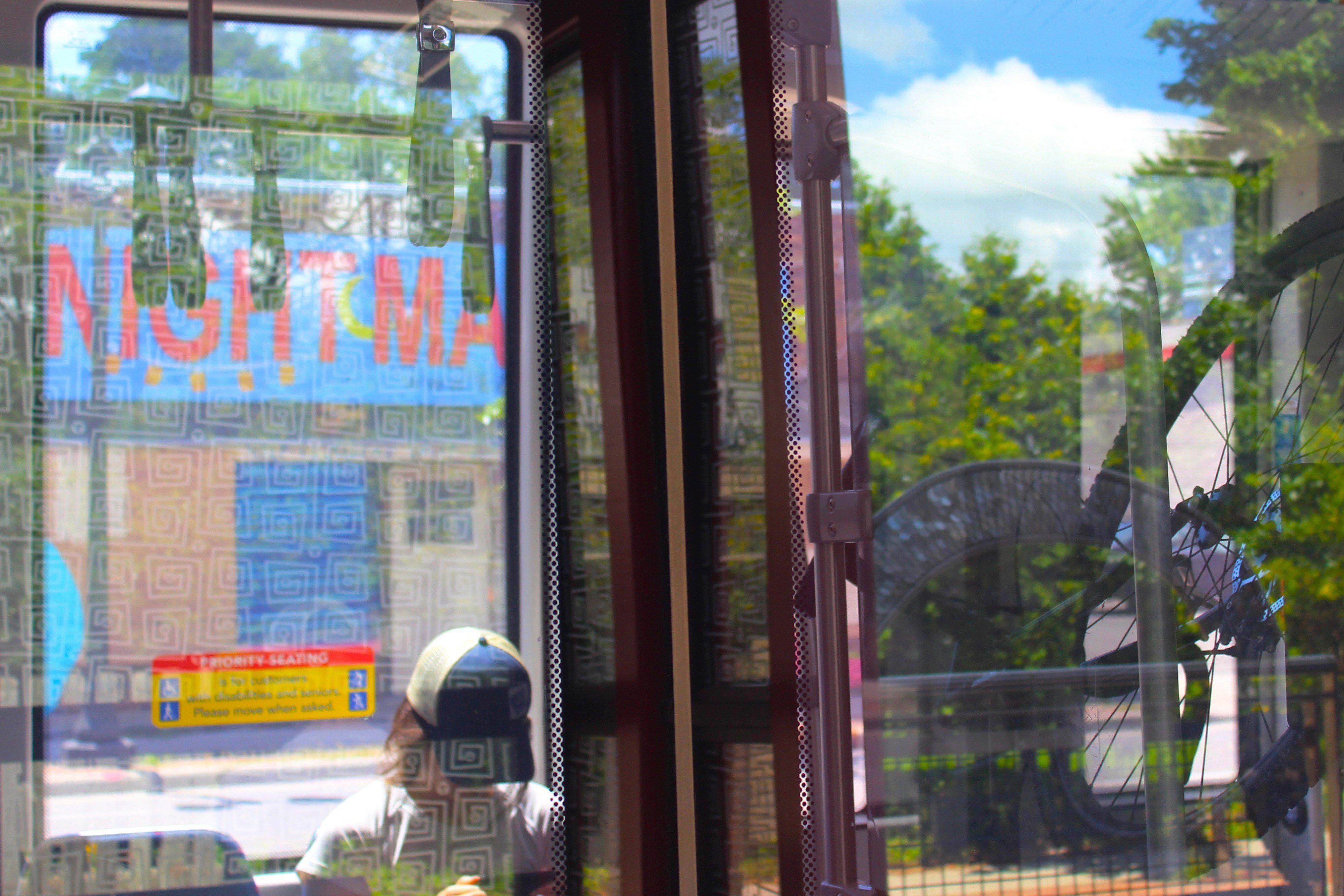 The view of last year's night market location through the Green Line, which now goes straight through the Little Mekong district.

One vendor will be mixing together all of the flavors that surround her on University Ave inside soft, sweet, and doughy Japanese yeast buns. Ericka Trinh, owner of Silhouette Bakery, will highlight her Chinese barbeque pork, vegetable curry, chocolate custard, taro coconut, and beef with kimchi buns at this year’s market.

When asked what kind of bakery Silhouette is, she replied, “It’s an Ericka bakery. It’s not Asian-inspired, it’s not European-inspired, it’s kind of inspired by everything. I just take elements I like and put them together.” 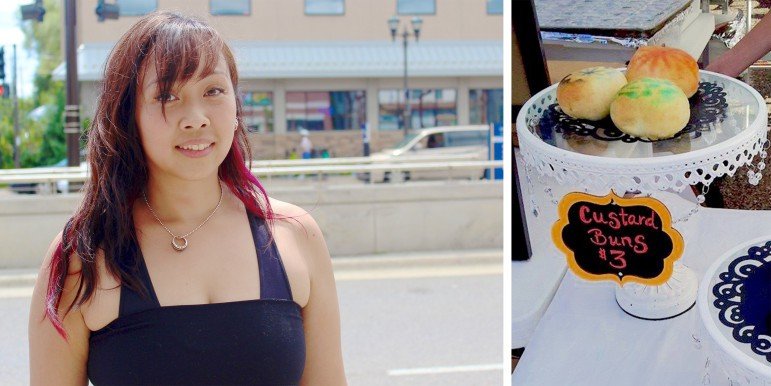 Ericka Trinh in front of her future bakery location on Western and University. Buns photo courtesy of Ericka Trinh.

Trinh’s mother migrated from Vietnam as a single woman in the late 1970s. She soon met Trinh’s father, also a recently settled Chinese-Vietnamese immigrant, and opened up a salon in St. Paul like the one she owned in Vietnam as quickly as she could.

Ericka now owns that salon, Ahn’s Hairstylists, on University, half a block from the night market location. On opening her bakery in addition to running the salon, Ericka says, “For me to have paid vacations, sick days, things like, that doesn’t exist. But, the other thing I like to do is bake. So, to open a business where I don’t have to be there all the time, then that could be a paid vacation.”

Currently, Silhouette runs on private orders, but Trihn will open a storefront on University and Western, three doors down from the salon, this year. 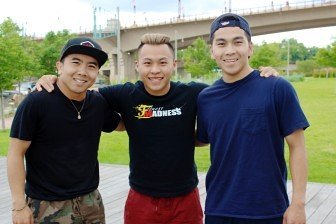 Another Little Mekong Night Market participant that will be mixing in a literal St. Paul twist is the Hmong Breakers Leadership Council (HBLC).

Sachoua Vang, Cheng Xiong, and Sean Lee formed HBLC this May to express a new and increasingly popular form of communication within the Hmong culture in St. Paul.

HLBC takes breakdancing past entertainment and uses it to form family, teach values, and bridge generational gaps. Vang explains that because he’s part of the first generation in his family raised in the United States, it’s difficult for his peers’ elders to see hip hop in a positive light. “But there’s a lot you can compare it to,” he says. “Breakdancing, I would compare it to when they play our traditional instrument, a bamboo instrument, they do acrobatic stuff very similar to breakdancing. Or, Hmong folk songs, I would compare that to rapping, and graffiti, you could compare that to the quote quilts that women sold back over seas.”

HBLC will be at the market both nights, hosting a breaking competition for dancers of all skill levels, and if you’re lucky, they’ll put on a demo. As a preview, check out the video below to see their moves and hear more about what Vang, Xiong, and Lee have to say about the Hmong Breakers Leadership Council.

The second annual Little Mekong Night Market is this Friday, August 7 from 6pm until midnight and Saturday, August 8 from 4pm until midnight. Last year, the night market was in a parking lot on University, but this year it will move out to the street, on Western from Aurora to Charles. Other things to check out at the market include: lots of artists and food, jewelry, clothes, and craft vendors, a Humans of Night Market activity, a henna artist, and performances by Str8 2th and Mayda.

Article
Kayla Steinberg
Do NOT follow this link or you will be banned from the site!
X