Sometimes rock stars seem to regard their job as a chore, or a sacred duty—but the best performances come from people who just seem to love what they do, and consider themselves lucky to be doing it. When the performer has talent, charisma, and restless creativity, those of us offstage are lucky too. Such was the case with both of the performers I saw on Friday night: 23-year-old local singer-songwriter Caroline Smith, and 62-year-old rock legend Lindsey Buckingham. Both have just released strong new albums, and both seemed to be having the times of their respective lives.

Buckingham was first, taking the stage at the Pantages just a few minutes after 8:00. It was my first time seeing Buckingham perform—with or without his band Fleetwood Mac—and while I certainly didn’t expect a bad show, I was surprised by the energy, focus, and bounding enthusiasm Buckingham brought to the stage with his three-piece touring band. Like David Byrne of the Talking Heads does, Buckingham worked his old band’s big hits into a solo set with inventiveness and intelligence, shedding new light on both bodies of work. 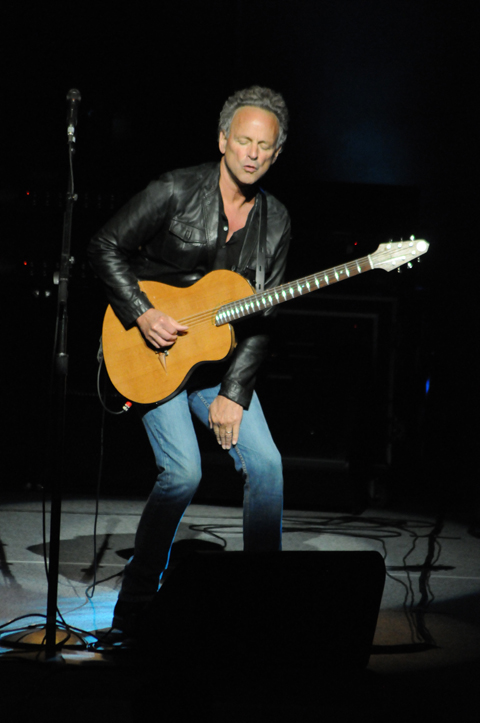 Fleetwood Mac’s astounding commercial success—the band still gets together every once in a while for tours during which, as Buckingham put it on Friday, “commerce is robust”—has bought Buckingham the freedom to do whatever the hell he wants, when he wants as a solo artist. What he wants to do right now, it seems, is to keep making new music. His just-released album Seeds We Sow is his third solo album of new music in the past five years, after a drought of 14 years between 1992’s gorgeous Out of the Cradle and 2006’s unassuming Under the Skin. The new album is a fine collection, though the songs would benefit from having more room to breathe than the hard-driving performances on Friday night allowed. 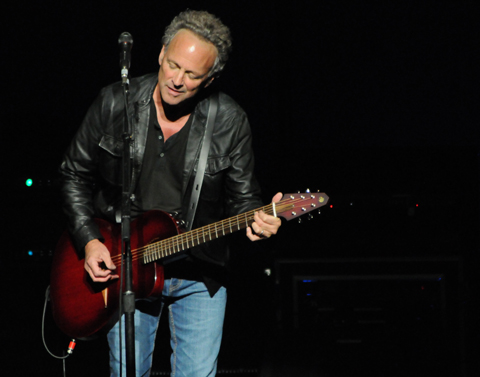 In a set mixing material from throughout his career and generously dotted with personal reflections that leaned toward the mystic (“That took me right back to Mendocino County,” said my Californian friend), Buckingham’s virtuoso guitar work was always at the fore. His self-taught fingerpicking style, with a clean and bright tone, creates a distinctive sound that unites his work from his 1970s records with Fleetwood Mac to the present. Buckingham walked along the front edge of the stage as he played, happily mugging for fans and even slapping one a high-five after a typically ripping solo. After many songs he’d stomp his foot, pump his fist, and whoop like a wide receiver who’d just caught a 40-yard touchdown pass. It could have been obnoxious, but Buckingham’s enthusiasm was infectious and endearing. “I can’t think,” he said, “of any place I’d rather be.” 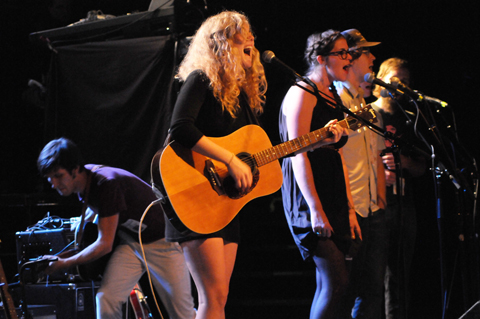 Also very happy to be where she was on Friday night was Caroline Smith, who, with her band the Good Night Sleeps, headlined a four-band bill at First Avenue. I arrived just in time for Smith’s set to begin, and she and her band looked astonished to find themselves performing for a sellout crowd in the big Mainroom. It was a triumphant and hard-earned moment for a band who have been supporting their last album, 2008’s Backyard Tent Set, like journeymen—opening for untold other artists, playing free shows on Peavey Plaza, even taking a turn accompanying runway fashion at Voltage. “These guys,” I kept thinking every time I saw yet another winning performance by the folk-pop quartet, “are either going to release a fantastic new album or break up, any day now.”

Fortunately, the band took the former path, and the crowd on Friday responded warmly to the new material even when it was challenging and complex in a manner one mightn’t have expected after the breezy tunes on Tent Set. The set climaxed with a completely unexpected, dead-on full-band cover of—wait for it—Kanye West’s “Power,” which Smith rapped in complete deadpan, getting away with it before anyone had time to even question whether she could get away with it. That’s the kind of adventurous spirit that will keep her as happy with her job 39 years from now as Buckingham is with his. 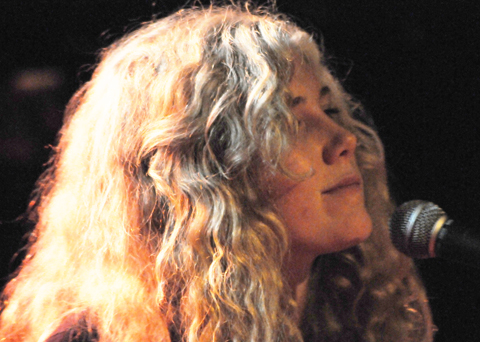