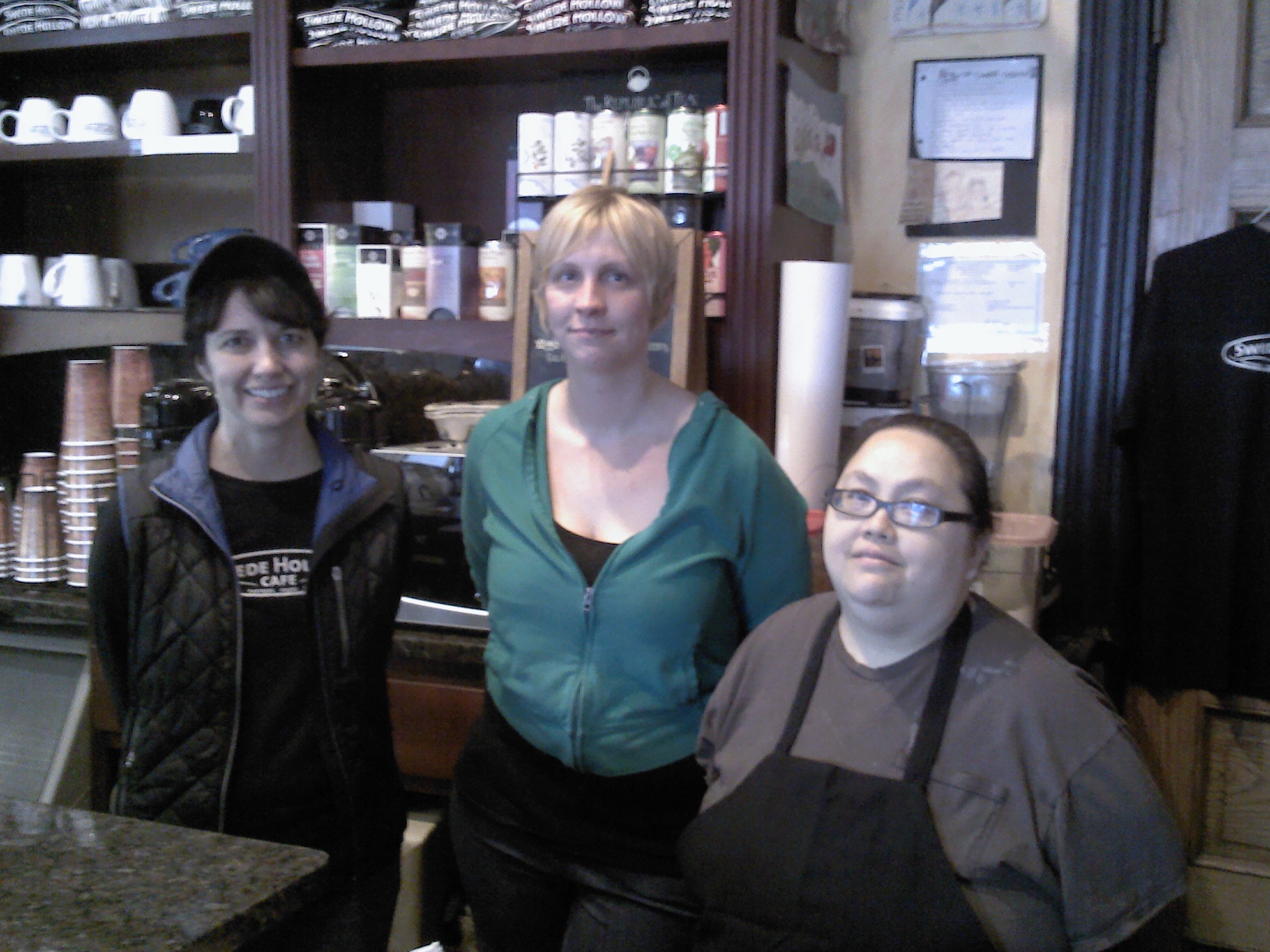 The Swede Hollow Café, located at 725 7th Street East in St. Paul, was established in July of 1997 in the historic Stutzman Block Building, which was built in two stages from 1885 to 1889. The building was a dynamic part of the Dayton’s Bluff community until it fell into disarray in the early 1990s. In 1994, the building was purchased and restored by the Upper Swede Hollow Neighborhood Association (USHNA).

John and Ruth Campbell are the third owners of the Swede Hollow Café, named after the history-rich Swede Hollow, located behind the building. They also own a computer consulting business, but John, who likes to drink coffee, was looking to do something a little different: he was interested in starting a mobile coffee cart. Ruth says, “John was talking to Wes, the previous owner of the Swede Hollow Café, and three weeks later, Wes approached John about buying the café, just as we were looking for another opportunity.”

In the mid- to late 1800s, Swedish immigrants looking for new opportunities to settle chose the valley Svenska Dalen – since renamed Swede Hollow – because it resembled their homeland and they could live among their countrymen.

Nearly all of Swede Hollow Café’s menu items are made on-site. “Well, most everything here is made from scratch: the food, the baked goods, all of the soups, and all the quiche is made here in our kitchen,” Ruth says. “Some of the sandwich bread is from a vendor, but we make most of our bread here. We have a baker-cook that comes in at 5:00 am.”

The coffee beans come from Roastery 7, a wholesale coffee roaster in Brooklyn Center that roasts many types of coffee beans for their clients. “A lot of the coffee is grown Certified Organic and Free Trade from a lot of different countries,” Ruth says. “We have different kinds of beans that come from Central and South America.”

The Swede Hollow Café gets consistently complimentary comments on restaurant rating Web sites. Many mention the daily specials. “The only thing that is set for a weekday special is that we always have our gumbo on Fridays,” Ruth says. “The soups and specials will vary depending on what we think might work that day. We don’t plan by the day, but we know what people like and what special sells, and we’ll repeat that one again. We always try to have lots of variety.”

Some of the biggest sellers on Swede Hollow Café’s menu are the rolls. “We make a lot more rolls in the summer. We start out with an assortment of scones; we also have caramel, cinnamon, and bacon caramel rolls,” Ruth says. “Bacon caramel is a unique combination; people love the salt and sweet taste. It’s caramelized bacon so there is just caramel sauce, nuts, and we put some bacon pieces in the sauce.

“Our quiche is another popular seller with both our eat-in customers and our catering clients, who are usually from the downtown area or the neighborhood,” Ruth says. “We have a wide variety of meat and veggie quiches for our customers to choose from, but there are no Swedish entrées on the menu. We do get asked that quite a bit, but it’s just the [name of the] neighborhood.”

The Campbells were raised in Wisconsin. Then they lived on 6th Street on St. Paul’s Eastside for about 20 years, but currently live in Woodbury.

“A good group of regular customers is the bread and butter of the Swede Hollow Café,” Ruth says. The regulars come in two or three times a week to enjoy a hot cup of coffee or tea, a quiche or sandwich for breakfast or lunch, and the ambiance of the cozy café.

Mark Gallagher is a professional writer and editor. He can be reached at refineeditorial@gmail.com.