I grew up in the minority-majority city of Miami. The “dominant” culture consisted of several ethnic minority populations. The rarity of this became obvious to me when my white adoptive parents carted me across the county to small town Minnesota, where minorities, are well… actually a minority. It’s like that old adage: “How does a fish know when it’s wet?” Even though I’d always been a minority, so was everyone else. Because of this, my unique perspective felt normal.

It wasn’t until I moved to Minnesota and was immersed in a homogenous culture that I realized how unique my perspective was. I remember sitting down in the cafeteria the first day of school. Not only was I the only person of color, but I sat at a table where 4 of the 5 other girls were named Brittany! The homogeneity of my community went beyond everyone else looking the same (or sharing the same name). Their ideas, backgrounds and social groups were pretty similar, too. They shared belief systems, traditions, food and celebrations. In contrast, I offered a window into what another world looked like… one that saw things from a non-dominant perspective. That didn’t always feel positive, though.

Today’s post comes from Ruthie Johnson, an amazing young reconciler. I was first introduced to Ruthie through her leadership in building racial unity within the Vineyard movement.

I appreciate Ruthie’s fiery spirit, honesty and intrinsic cross-cultural communication chops. As an Indian woman raised among Cubans by white adoptive parents, she knows a thing or two about bridging cultural divides, embracing multiethnicity and loving life in the process.

Ruthie is currently working on a Masters in Communication Studies. When she isn’t writing papers, she’s drinking coffee or painting.

This is her story! -Christena Cleveland 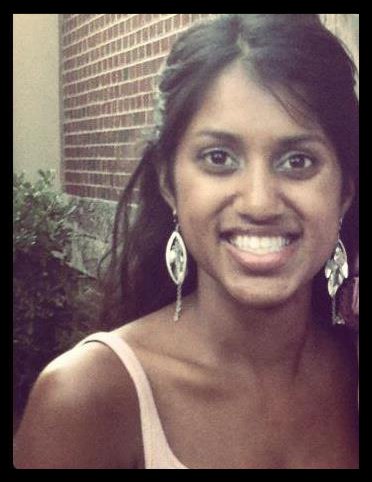 As a minority, it felt easier to accommodate to everyone else. I often felt like I stood out because I was the one making things complicated because I had different expectations, perceptions, sense of time, or sometimes, I just had no idea what was going on. I wasn’t used to my minority status affecting so much of my life. Accommodating was a way I could minimize the discomfort I experienced as someone who was different from everyone else.

While I was in college my Intercultural Communication professor asked me to speak to my homogenous classmates and share my life story. The diversity on campus was slightly better than the small town my parents moved to, but I was still one of the few non-white students who was not an International Student—(Seriously?!) This was the first time I had publicly spoken up about who I was and how I was different than those around me. In this situation, I realized my voice counted, people responded to me differently. For the first time, members of the dominant culture were accommodating to me. They asked me asked questions about my way of life, and they accepted my way as “normal”—rather than an exception.

I was also able to dispel some myths about ethnic minorities. Unfortunately, in the Upper Midwest ethnic minority status is often equated with poverty. When I shared that in my experience, minorities were members of the upper and middle classes as well, I challenged the students’ understanding of power-dynamics and social order. As I spoke on this and the diverse make up of Miami, I remember a student exclaiming he had no idea “this kind of diversity existed in the United States.” 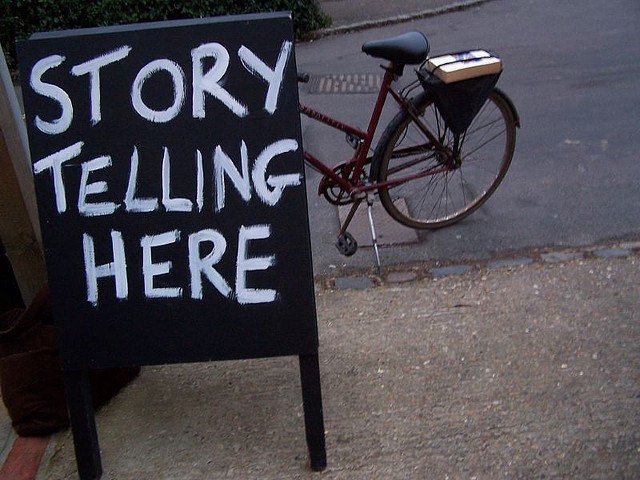 This experience empowered me. Instead of hiding in accommodation, I learned that my different experience could be used to educate and liberate others. It was a first step for me in learning that story-telling is valuable and that I could own my own story proudly, rather than strive to minimize the way I felt different.

Maybe you are someone from a dominant culture wondering how you fit into this. This is how: the power of invitation is incredible. Invite someone who is a minority (whether that be race, class, gender or age) to share their story. Sometimes, minorities get used to accommodating. I personally felt like I needed permission to voice something so countercultural to where I was. In a way, my professor’s invitation liberated me from the chains of accommodation and silence.

When we create space for each other to share our stories, we transform our communities. As someone who understood that not all people have an equal voice, Brasilian philosopher Paulo Freire stressed the relationship between the dominant culture & the minority, arguing that they must work together to liberate one another. I love that idea.

My professor used her influence in the class to advocate for me through invitation. But something else happened that day as well. By sharing my unique experiences and perspective with my classmates, I used the power of my unique, minority perspective to influence the broader class culture. And in that process, I understood why my perspective as a minority is so valuable that it should never be silenced.

My professor and I worked together for justice; we couldn’t have achieved it on our own. Similarly, all of us are in need of each other to see the full picture of humanity and more importantly, to completely bring about justice. When we respectfully share our stories with each other, we are set free.