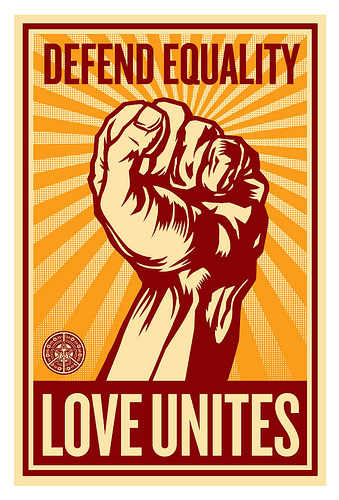 Caucuses are coming up next Tuesday and with so many candidates and so much information to look at, we condensed the LGBT content in the campaigns’ websites down to this handy guide. Campaign websites don’t necessarily convey whether a candidate supports a certain issue – there are a lot of issues that get left off for brevity or other reasons. But a campaign website is the online face of a candidate, and an important way for voters to get information on issues, including LGBT rights.

Democratic-Farmer-Labor Party:
It’s important to note: All DFL candidates listed below have come out in support of relationship rights for same-sex couples in the media and in debates. Lack of text on campaign websites doesn’t necessarily mean they do not support LGBT rights.

Tom Bakk has a statement about getting the government out of the “marriage” business:

Family Rights.
In the Senate, Tom Bakk voted against the ban on same-sex partnerships. He believes that there should be a legal distinction for committed couples and marriages should be left up to individual faiths and churches.

I support full marriage equality with full benefits. All Minnesotans should have the right to legally marry the person they love.

The website notes: “More to come soon, please check back.”

Matt Entenza has a lot of information on his website, too much to showcase here, but here are some highlights:

GLBT Community
* Co-authored the first Minnesota bill for marriage equality. In 1998, because he believes it’s wrong for the government to say some adults can have rights and some cannot, Entenza introduced a bill on the floor of the House that would have redefined the legal definition of marriage to explicitly include two persons of the same gender.
* Opposed constitutional amendment banning gay marriage. In 2004 and 2005, Entenza was a vocal critic of efforts to amend Minnesota’s constitution to exclude gays and lesbians from the legal definition of marriage.
* Supported domestic partner benefits for state employees. In 2001, Entenza supported providing domestic partner benefits to gay and lesbian employees of state departments and agencies. He opposed efforts by Republicans to exclude such partnership benefits from a union contract then under negotiation.
* Authored legislation on hate crimes. Entenza co-authored a bill to increase the penalties faced by those convicted of a crime based on sexual orientation.
* Endorsed by Stonewall Caucus in every election. Since his first State House race in 1994, Entenza has been endorsed by the Stonewall DFL caucus every time he has run for office and is seeking their support again in 2010.

Marriage Equality
In 1948, a time when racial segregation was still accepted and defended by much of the Democratic Party, Hubert H. Humphrey, the 34-year-old Mayor of Minneapolis, gave a speech that lasted only eight minutes. The speech, delivered in Philadelphia to the Democratic National Convention, contained these words: “The time has arrived in America for the Democratic Party to get out of the shadow of states’ rights and walk forthrightly into the bright sunshine of human rights!”

Sixty years later, on the issue of marriage equality, we must remember the courage Mayor Humphrey showed in examining his conscience and standing on principle, despite a politically volatile environment.

In the last two years, I have spent considerable time contemplating and discussing the issue of marriage equality for lesbian, gay, bisexual and transgender Minnesotans. Much of this discussion occurred in a series of extremely respectful dialogues on the subject organized by my church.

My conclusion, based on these discussions and my personal beliefs, is that individuals, regardless of gender, should have the legal right to marry in the State of Minnesota. At the same time, I respect religious freedom and understand that the state cannot, and should not, require any religious entity to recognize such marriages.

The state’s involvement in marriage has always been a legal one and nothing more. Its role should be to guarantee, for those who commit their lives to one another, certain rights regarding property and well-being. We all deserve those rights, regardless of the gender of the person we choose to love and marry.

Steve Kelley has a prominent LGBT rights section on his campaign website and notes that the issue for him is personal:

Our society wrongly continues to discriminate against lesbians, gays, bisexuals, and transgendered persons. This is a family matter for me, because my brother is gay. He and his partner should not have to struggle with barriers to living in a committed relationship nor should their relationship be given second-class status in the eyes of the law. This is a matter of basic justice. As governor I will:

* Sign a bill allowing Minnesota couples who are otherwise qualified by law to marry, regardless of gender, protect the constitutional right of religious denominations and congregations to make their own determinations regarding who should participate in the rites and sacraments of their faith, and lead a dialogue on these issues respecting the concerns of the many Minnesotans who are uncomfortable with using the word “marriage” for same-sex relationships.

* Support domestic partner benefits for government employees who are in committed relationships but who do not wish to or are not able to marry.

* Work with educators and administrators to ensure that all students and teachers are provided with a safe and supportive learning environment free from harassment and bullying, and that all school programs and policies are inclusive.

Margaret Anderson Kelliher: No mention of LGBT issues, but has some high-profile LGBT backers.

Last session, along with several of my colleagues, I introduced legislation to legalize same-sex marriages in Minnesota. Now we are asking for a hearing on the legislation in the Senate Judiciary Committee during the 2009 legislative session.

Minnesota’s law prohibits any gay or lesbian from marrying the person they love. Our legislation would repeal that prohibition and extend equal marriage rights to all people regardless of sexual orientation.

This effort is made with no illusion about the difficulty of passing the legislation. In the November election, several states passed voter initiatives banning same-sex marriages. California’s initiative actually took away the existing right for gay couples to marry.

But Minnesotans have a strong sense of fairness. Minnesotans are open to change when presented with new information.

Opponents have great fear and misunderstanding about gay marriage. A legislative committee hearing could begin to address those misconceptions. I am not asking for a hearing where we have hours of testimony from multiple speakers on each side, then a brief committee debate and vote.

Instead, let’s have a gay couple briefly tell their story. Have them talk about their love, the challenges they face as parents, the problems they encounter because they are not allowed to marry. Opponents would have equal time to voice their concerns.

Then, instead of a debate, the Judiciary Committee could break past the heated rhetoric on the issue with a candid discussion, conducted in a civil tone. Discussions help to inform and educate people. With all of the divisiveness over gay marriage, a civil discussion might bring people closer together.

Sexual Orientation: Minnesotans should be able to marry and live with the individual he or she loves. And I am confident that the majority of Minnesotans believe we should all have equal access to the legal and personal benefits of the institution of marriage. In the 2009 session, I was proud to have carried and passed a Project 515 legislative initiative that solidified homeowner rights among same-sex couples. As governor, I will sign legislation that gives religious organizations, not the state, the power to choose whether or not they can conduct state-recognized same-sex marriages.

Thissen talks about equal rights in this campaign video:

Bob Carney has information but it is unclear.

Tom Emmer is the only Republican with anti-gay content:

Marriage
I believe marriage is the union between one man and one woman. As a legislator, I have consistently supported the constitutional marriage amendment that protects traditional marriage.

Harley Swarm is running under the Constitution Party which does not like gays at all:

We stand against so-called “sexual orientation” and “hate crime” statutes that attempt to legitimize inappropriate sexual behavior and to stifle public resistance to its expression. We oppose government funding of “partner” benefits for unmarried individuals. Finally, we oppose any legal recognition of homosexual unions.