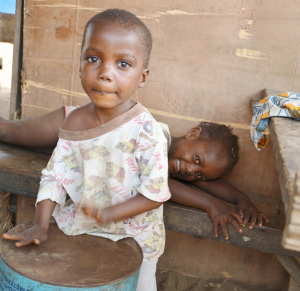 Life can be a heavy load in post-conflict Liberia, a country torn apart by a 14-year civil war. What happened to a little girl, Olivia, evidences the toll of human rights abuses in that country, as reported to The Advocates’ “Team Liberia” while we were in Liberia in January conducting needs assessments with that country’s human rights organizations.

Olivia, at age 7, was reportedly raped by her 20-year-old cousin in 2005, the same year the civil war ended. The rape wasn’t reported to authorities until three years later when the girl’s uncle discovered his niece gravely ill and family members told him about the crime. The uncle took Olivia to Monrovia for medical care. The cousin was arrested.

A heavy price was paid for the uncle breaking the silence: The family shunned Olivia and her mother. The ostracization they suffered compelled Olivia’s mother to drop all charges, and the cousin was released. 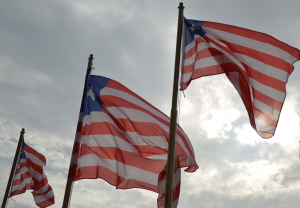 The flag of Liberia is a reminder of the long history between that country and the United States.

Olivia had multiple surgeries to attempt to repair a severe fistula, as well as to treat infections and malnutrition. Liberia’s Gender Ministry paid for Olivia’s medical care, but the delayed medical care was inadequate. Last year, Olivia, at age 13, died of injuries related to her rape. A documentary film called Small Small Thing features Olivia’s story.

As the brutality suffered by Olivia demonstrates, Liberia, like other post-conflict states, is confronted with more than shifting discourse from “bullets to ballots.” While the country returned to a democratically-elected government when the war ended, work remains because post-conflict states must rebuild their nations and rebuild their civil societies, as we were told many times during our interviews. 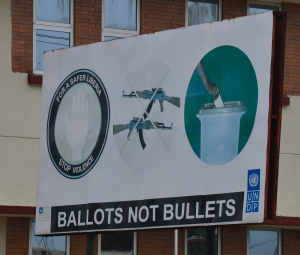 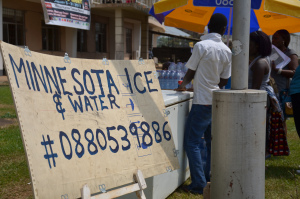 Commissioner Ruby Johnson-Morris, who is spearheading the initiative, explained to Team Liberia that child rape is on the increase in Liberia, with some victims as young as six-years-old. Doctors Without Borders reports that, in 2011, a staggering 92% of patients receiving care for rape in Liberia were under age 18.

Commissioner Johnson-Morris explained that one obstacle to addressing the problem is the desire of victims’ families to resolve the issue “the family way,” by reaching a “compromise” with the perpetrator and not publicly acknowledging the crime. One only needs to think of Olivia to know that such informal settlements can have tragic consequences.

As the photos below show, we saw beautiful children in Liberia, many of whom are experiencing extreme poverty in one of Africa’s poorest countries. Their smiles and playfulness inspired us. Just as inspirational are the many organizations we met with in Liberia that are devising creative ideas to protect and promote the human rights of Liberian children as their country rebuilds from its legacy of civil war. 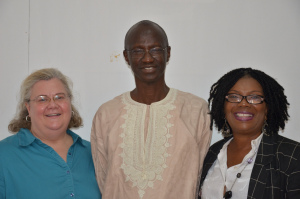 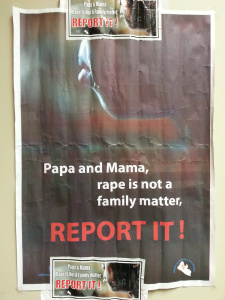 Left: A poster promoting the campaign to Break the Silence on Child Rape in Liberia (1)

Our work in Liberia kicked off a series of in-country visits. During the first three months of 2013, The Advocates’ staff and volunteer attorneys from Faegre Baker Daniels are traveling to Morocco, Cameroon, and Tanzania, in addition Liberia, to conduct in-country needs assessments with local human rights organizations. 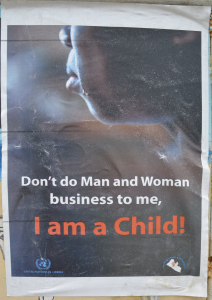 Right: A poster promoting the campaign to Break the Silence on Child Rape in Liberia (2)

The Advocates has a long history with the Liberian people. We represent asylum seekers fleeing persecution in Liberia and, from 2006-2009, we worked with Liberia’s Truth and Reconciliation Commission to incorporate the experiences of the Liberian diaspora—those who had fled the conflict—into the Commission’s historical record.

Minnesota is now home to the largest concentration of Liberians outside of West Africa, and the enduring ties between Liberia and The Advocates’ home state of Minnesota was evident in Team Liberia’s meetings—and even at street vendor stands advertising “Minnesota Ice and Water.”

For more information on Liberia’s history and the effects of the country’s civil war on the Liberian diaspora, read A House with Two Rooms, The Advocates’ final report to the Liberian Truth and Reconciliation Commission. 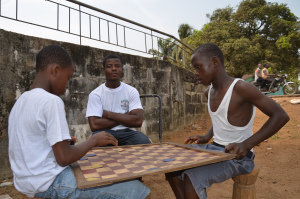 Liberian boys playing a roadside game of “check up.” 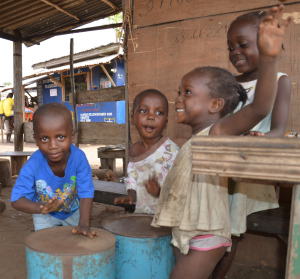 Liberian children dancing and drumming at a roadside stand 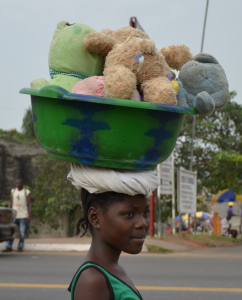 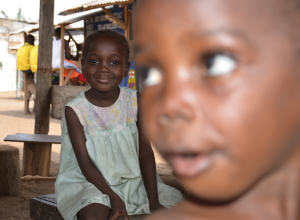 Amy Bergquist is a staff attorney in the International Justice Program.

(All photos by the author)