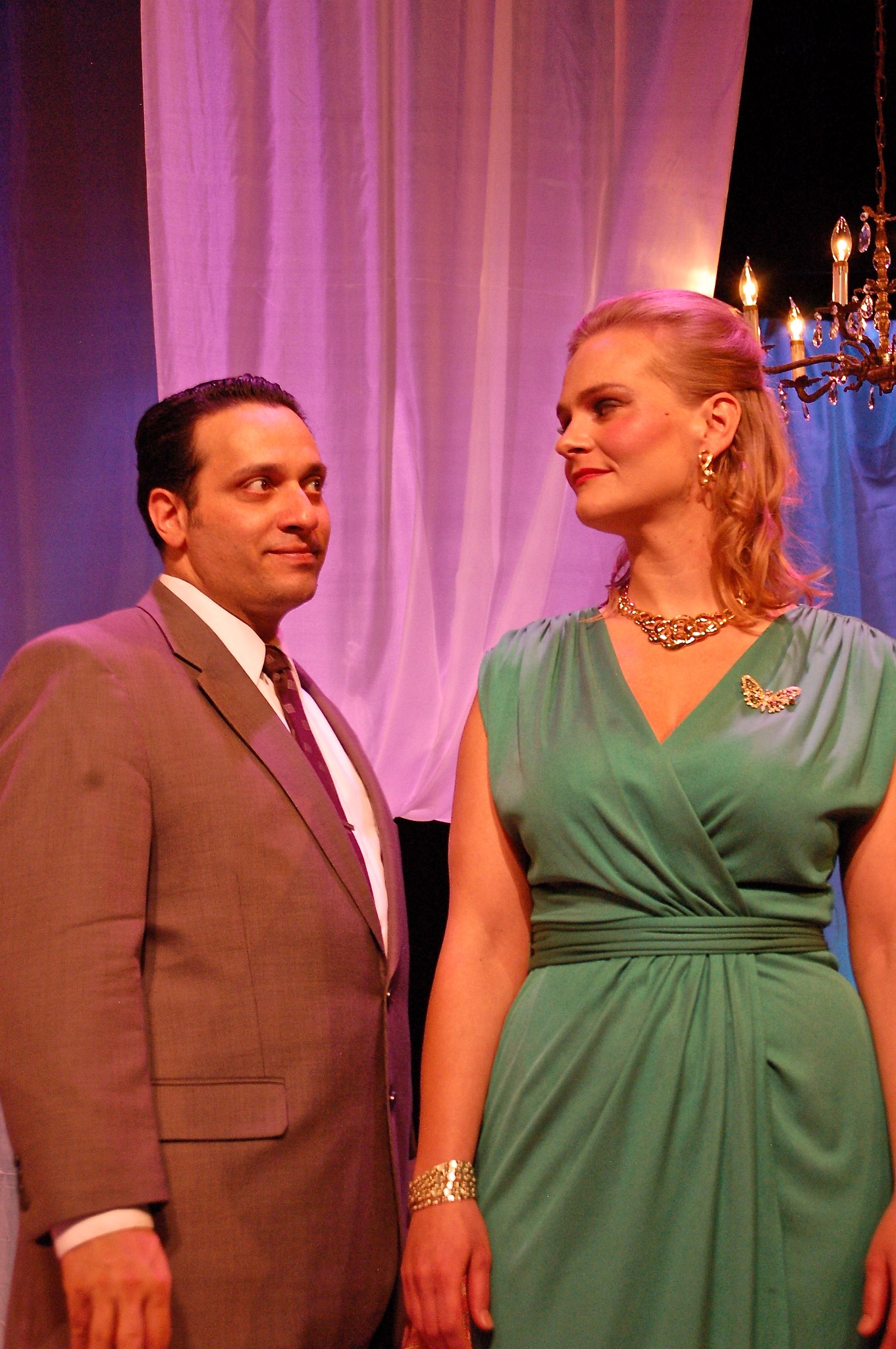 Though readers have pilloried me for unfavorably comparing the Jungle Theater’s recent production of Noises Off to the 1992 film adaptation of Michael Frayn’s classic farce, it’s a plain fact that a successful film adaptation of a play must be reckoned with by all subsequent stage adaptations. Stephen Frears’s devastating 1988 movie Dangerous Liaisons, an adaptation of the 1985 Hampton play that was itself adapted from a 1782 French novel by Pierre Choderlos de Laclos, was LeDuc’s introduction to this material, but LeDuc has put his own stamp on the show in an absorbing production set in the 1960s.

The change in tone is not apparent from Erica Zaffarano’s graceful set, but as soon as Matthew Greseth’s Vicomte de Valmont and Mykel Pennington’s Marquise de Merteuil start trading barbs we understand that this is going to be an earthy affair. Most Valmonts hiss seductively like snakes, but Greseth, strolling around with his suit coat buttoned over a sizable belly, could be someone you’d meet after work at your local bar; this Valmont understands that you don’t need an abundance of charm when you’re telling people what they want to hear. Pennington, for her part, is a brassy Marquise—the kind of broad you might find behind the counter of that bar, one who knows all the angles and isn’t about to get cornered. They’re a well-matched and entirely satisfying pair.

The supporting cast is uneven. As Madame de Tourvel, Billie Jo Konze is flat—which works in the first act, when her character is trying to suppress her emotions, but leads to unsatisfying scenes in the second half when more vulnerability and emotional heat are needed. Kelly Houlehan’s Cecile Volanges is cartoonish, providing comic relief but no revelations. More effective are Matt Berdahl in a light-footed and detailed peformance as Danceny; Vogen as the sly Azolan; and Jane Hammill as Mme. de Rosemonde, delivering a resonant and moving rendition of the quiet and chilling monologue at the heart of the play.

Despite its imperfections, this Liaisons is a strong and poignant show that moves swiftly and gracefully even if its characters seem lost more often than their counterparts in most interpretations. From Dangerous Liaisons to Cruel Intentions, Valmont and the Marquise typically seem godlike until they finally crack—but Greseth and Pennington play them like bruisers, and they’re more likely than John Malkovich and Glenn Close to make you think of actual people you’ve known who manipulate lovers until the fun starts to seem like work and every victory becomes pyrrhic.