Leprechauns prepare for protest at Midway Grocery Stores in St. Paul when they are stopped and decide to go to Minneapolis instead.  (Video and photos by Sheila Regan)

On Sunday afternoon, maybe due to the warm weather, a group of about 20 leprechauns emerged from their hiding places in search for treasure. Well, sort of. A group of protesters dressed as leprechauns invaded several Twin Cities grocery stores to raise awareness of rainforest destruction.

The action, organized by Rainforest Action Network-Twin Cities, began at the parking lot in front of Midway Shopping Center, where the protesters met, and planned to enter Rainbow, Cub, and Target. According to the press release, the group wanted to highlight General Mills’ role in rainforest destruction. “Pristine rainforest in Indonesia and Malaysia is being cut down for palm oil that ends up in the cereal we eat,” Erick Boustad said in the press release.

The group wasn’t able to enter the grocery stores at Midway, because management arrived from Rainbow before they could enter, and told the organizers that they were trespassing, and would be arrested by the St. Paul Police if they entered. 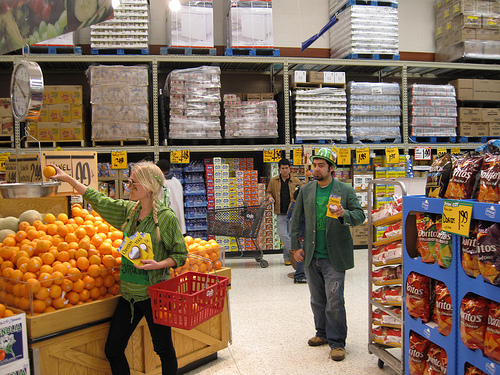 Undeterred, the protesters went with an alternative plan, meeting in Minneapolis off Lake Street and Hiawatha, where they entered Rainbow, and then Cub Foods.

A flute player accompanied the brigade, and played music while they were in Rainbow, while the protesters danced. When they were inside Cub foods, the protesters assumed frozen statue poses as confused shoppers watched. After a few minutes, security came and asked them to leave. 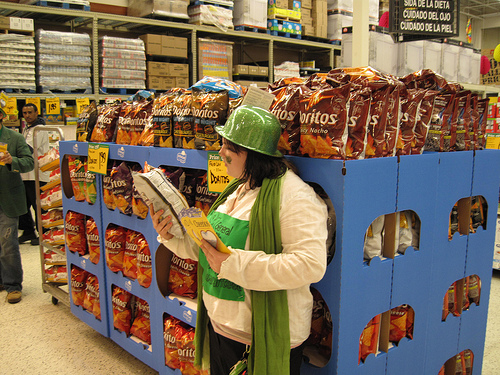 The group then headed toward Target, where they were stopped by a police officer who told them that Target would not let them in their store. 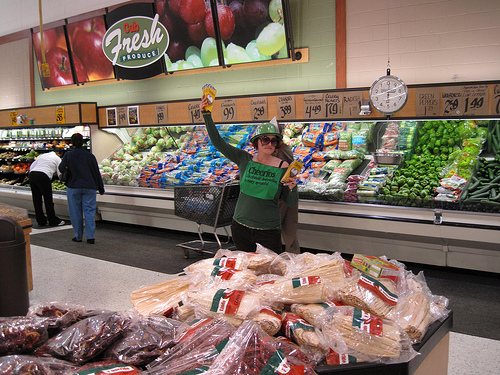