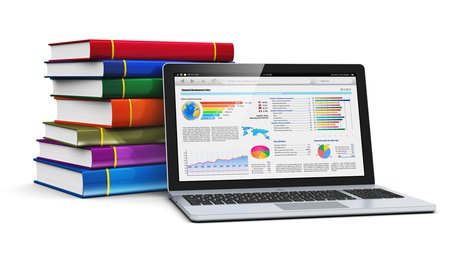 Minneapolis Public Schools have seen major changes in the Information Technology Department in the past year, including restructuring that removed 34 of 60 employees from their jobs. This is the first in a series of four articles exploring what happened — and what people have to say about the changes.

Up until 2012, the Minneapolis Public Schools’ Information Technology department did not have a Chief Information Officer (CIO). Since 2012, it has had three of them.

Before 2012, one Executive Director and several managers ran the IT department. Then, a 2010 study of the IT department, which was commissioned by district administrators and done by the Center for Educational Leadership and Technology (CELT), advised reorganizing IT, and adding a CIO to oversee the department.

The first CIO was David Mayor, who came from a mostly private sector background in Rochester, New York. Unfortunately, Mayor died unexpectedly six months into the job. Former IT department Executive Director Coleen Kosloski, who had years of experience as a media teacher, served as interim manager until Don Hall was hired.

Hall stayed on the job for six months before leaving to follow former MPS administrator Rick Mills to Florida, where Hall is now an assistant superintendent. Now, former St Paul Public Schools IT employee Rich Valerga has been MPS’ CIO since August 2013. The big question is: what has all of this upheaval meant for the IT department?

According to longtime MPS IT employee Ben Peck, who worked for the district from 2002 until December 2013, restructuring the IT department has not been beneficial, either for the tech employees or for the teachers and students their work is supposed to help.

While Peck acknowledges that the pre-CIO IT department had some kinks to be worked out, he says that all three of the CIOs MPS brought on board have had “some difficulty understanding the operation of the department.” Mostly, Peck says, this is because public sector IT departments, such as the Minneapolis Public Schools, operate quite differently from CIO-run private sector IT departments.

Peck and other former IT employees such as Krishna Pathak say that, before the CIO-run restructuring of IT, the IT department had just one director, Kosloski, and two managers: Peck and Pathak. Underneath this “flat” management structure, with few layers between management and staff, were several “TOSAs,” or teachers on special assignment, as well as approximately 35 site-based building techs. Job descriptions in the IT department at this time, according to Peck, were not strictly adhered to; he says everyone fulfilled roles outside of their “official” ones.

The on-site building techs, for example, not only provided direct support to teachers and school staff, they also often filled other roles, from maintaining and updating equipment to helping with lunch duty. This had drawbacks, Peck says, because not every school had the same level of tech support, and it was also sometimes hard to attract qualified candidates to these jobs, which were paid on a 38-week, not year-round, schedule.

This setup was stressful at times, both Peck and Pathak say, but they say it did bring efficiency to IT, as employees, from the director down to the building techs, were expected to serve many functions, and to handle issues as they arose. Pathak also said that, while public sector IT salaries do not match those in the private sector, being able to take on many different roles in IT helped make the positions attractive.

Peck says that Don Hall, the second CIO had trouble with this approach to staffing. For Hall, a lack of clear job duties meant a “lack of accountability.” While Hall was CIO, IT job descriptions became more distinct. Hall kept the Executive Director position, and added new Director positions for several newly distinct IT functions, such as that of Business Analyst, Technical Support, and Instructional Technology. Under this new tier of directors, managerial positions were added, with salaries much higher than previous IT jobs, such as that of a building tech or engineer.

The addition of a more hierarchical, rather than flat, managerial structure meant more money was spent on higher paid positions, leaving less money, in Peck’s estimation, for the “technicians, programmers, and building techs” whose work more directly benefited the schools. Peck says this is evidenced by the fact that, under Hall, all building techs were “released” in the spring of 2013. Twenty-four, down from a pre-CIO number of 35, were rehired.

Hall left the job after six months, but the structural changes he put in place have remained, as Valerga has taken on the CIO role. Now a new organizational structure for IT is being implemented, but organizational charts only tell part of MPS’ IT department story.

Under Valerga, thirty-four of the IT department’s 60 employees have either been “excessed,” fired, laid off, or have resigned. Peck, for example, was fired by Valerga in December of 2013, and Pathak resigned shortly thereafter.

Next up: An interview with Rich Valerga