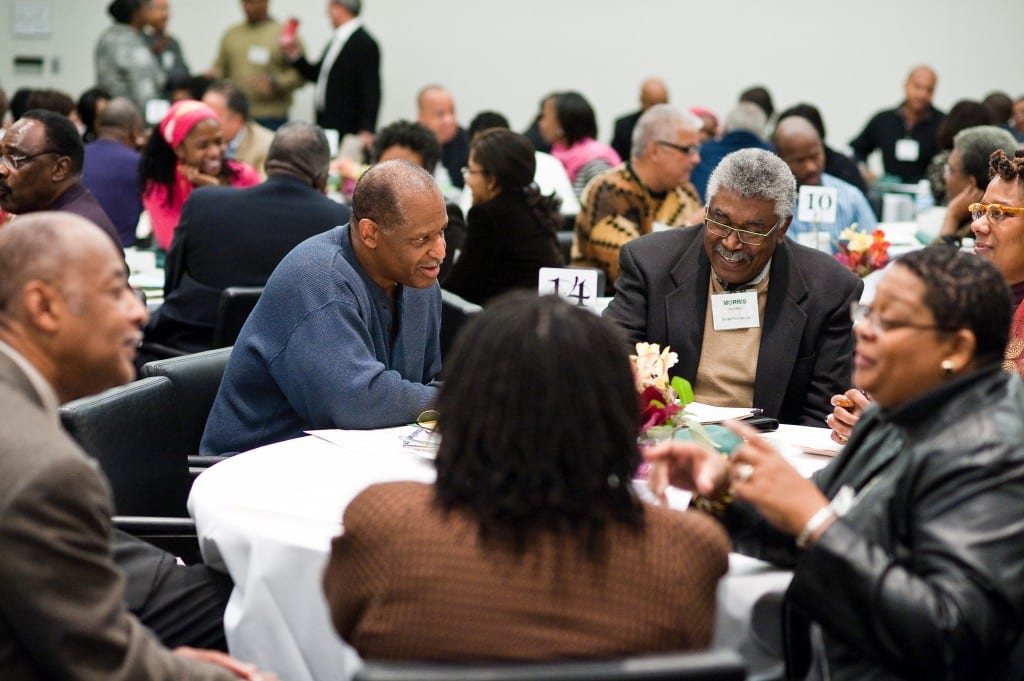 This past April, Northwest Area Foundation (NWAF) was honored for their work in the African American community with the 2011 Institute Award for Philanthropic Leadership by the Association of Black Foundation Executives (ABFE). ABFE is a 40-year-old national organization that “promotes effective and responsive philanthropy in Black communities,” according to their website.

Gary Cunningham, NWAF’s vice president of programming and chief program officer, says that their work with the African American Leadership Forum was the reason they were presented the award. Eugene Robinson, who spoke at the conference where NWAF received the award, wrote a book called Disintegration: The Splintering of Black America, detailing how since the 1970s a once-cohesive Black community has become disjointed with many African Americans leaving low-income areas after obtaining higher education and income.

“That separation between middle- and upper-income and low-income Blacks has been something that has occurred over time within our community,” says Cunningham. Though there are currently many Blacks in positions of authority today in the Twin Cities and across the nation, there is no platform for leaders with varying socio-economic status to work together to create strategies on how to address issues of disparity in the community.

“So that’s what the [African American Leadership] Forum is about, is to build that bridge,” Cunningham says.

The forum began with Cunningham hosting meetings at his home. A small group of African American men had conversations about how leadership positions held by Blacks in Minnesota is not a clear indication that the institutions that they are leading have no disparities among their workforce. In fact, these men are often the only African Americans in their organizations.
As these men met to discuss the challenges to addressing issues within their organizations, their numbers grew and a similar group began with women. The two groups combined in April 2009.

A couple of weeks after assuming her position as executive director of the Headwaters Foundation, Trisha Harris, now the forum’s co-chair along with Gary Cunningham, was invited by longtime forum participant Yvonne Cheeks to join the group. Harris says her first impression was not positive. 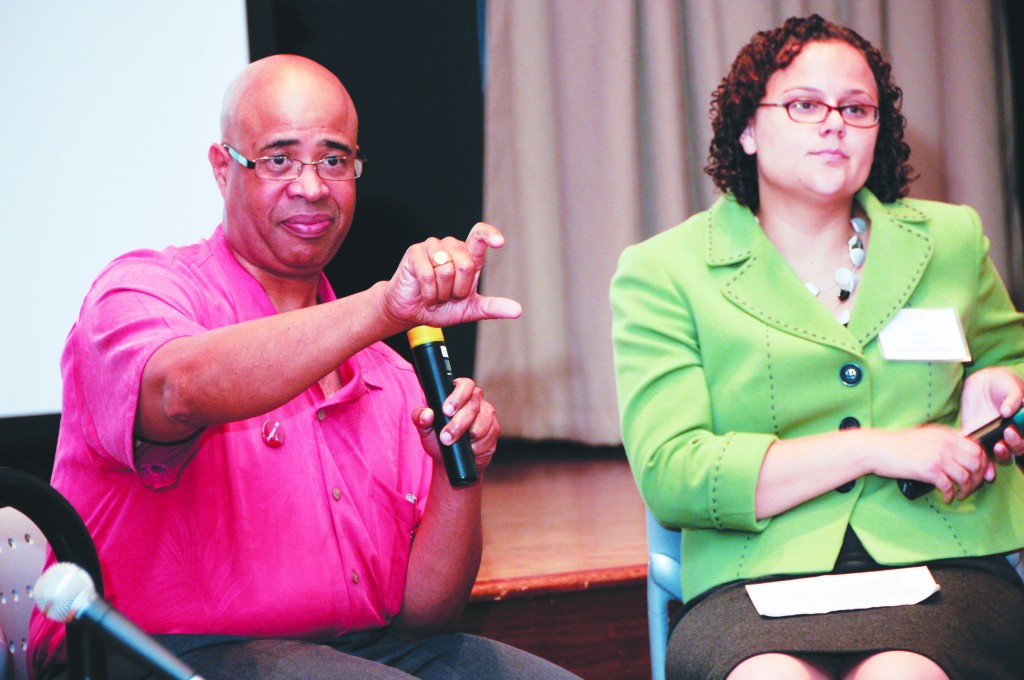 “Walking into that room for the first time — this is what people often say about the forum — we feel like we’ve done this before… So I was a little hesitant about investing a lot of time or energy into the process, because I’ve seen too many good-faith efforts that just end up leaving us in the same position that we were in before.”

Harris gives Cunningham credit for building an element of accountability into the forum, but neither Cunningham nor Harris will say that they lead the group. Nor do they point to any specific member of the forum who does. Both say that the term “leader” is very broadly defined.

Many members have outside leadership roles such as business and nonprofit CEOs and presidents, government heads and politicians or school superintendents. But the forum also includes neighborhood and faith community leaders and everyday people with a passion for or knowledge of a particular issue.

The forum includes highly recognized faces like Bernadeia Johnson and Keith Ellison. However, Harris says it should not be mistaken for a Who’s Who of Black Minnesotans.

“For all the faces that [you] don’t recognize, that’s the grassroots leadership… We’ve done a really great job of building our grassroots leadership and connecting with neighborhood organizations and nonprofits that are doing direct work in the community,” Harris says.

The forum consists of smaller groups that focus on specific issues, examining relevant research and connecting with stakeholders in the community. Those who are knowledgeable will lead while the other members work to sustain their efforts by writing letters of support, attending community meetings, or aligning their efforts with other organizations working toward similar goals.

“Because the forum is not a nonprofit, we are not going to ever do direct service. Our job is to change the systematic inequalities that we see in the Twin Cities,” Harris says.

“What we really try to do is to focus on the places where we think we’ll make the biggest long-term difference,” she continues. The education group within the forum has worked on two key issues: the hiring of Minneapolis Public Schools’ (MPS) current superintendent and alternative teacher certification.

During the time of the search for a new MPS superintendent, members of the education work group were developing their own criteria for the position. Johnson’s skills and agenda most matched what the team felt was needed to be a success in Minneapolis and for African American students.

The work group sent a letter of support to the school board and made sure that there were members in attendance at community meetings to speak on why they believed Johnson was the best candidate. “I heard from a lot of school board members how powerful it was to be in Southwest Minneapolis and South Minneapolis and have African Americans where there usually aren’t African Americans at those community meetings,” Harris says.

Six months prior to the new alternative teacher licensing legislation, the education group that included researchers from the University of Minnesota had been looking at research into key steps for reducing racial disparities in Minnesota schools. They found alternative teacher certification to be an important step, so they prepared and supported enabling legislation.

The group connected with the business community and advocates who worked closely with students, communicating that the legislation “may remove some roadblocks for mid-career people of color to come back into teaching careers,” Harris says. “And students do better when teachers look like them.”

The forum, however, is not without critics, Harris says. “There is a huge tension within and I think outside of the forum where people say, “What are you doing about this issue that is happening right now?” Harris says that the forum works to build strategies to prevent the problems from occurring.

“It’s not a reactionary effort, but really a proactive effort. There are a lot of things that kind of get thrown at our community, and then we have to respond to a lot of bad options, so we’re trying to propose what is the future that we are looking for.”

The annual forum, where attendees will set the agenda for the next year, will be held on June 27. Though now over 400 strong, the AALF is still seeking new members. “We’ve got Democrats and Republicans and Independents, people that live in North Minneapolis and somebody who lives in Mound,” says Harris. “It’s hard to ignore such a broad cross-section of the African American community.”

For more information on the African American Leadership Forum, call David Nicholson at 612-879-0602 ext. 11, or go to http://aalf-tc.org. Watch the MSR for coverage of the Forum’s annual meeting.