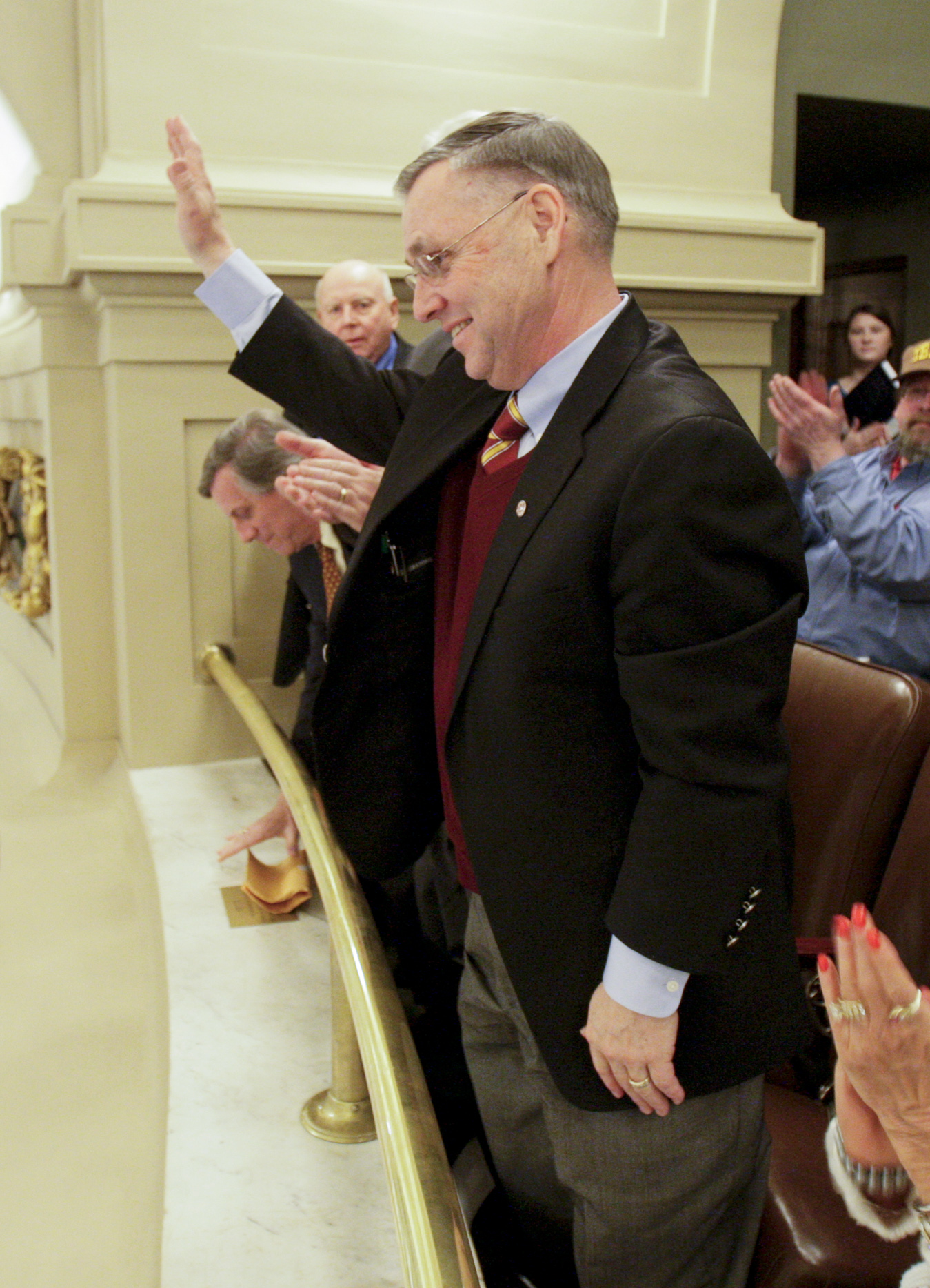 Dean Johnson waves to legislators from the House Gallery after being re-elected a University of Minnesota Regent March 6. Johnson, from Willmar, previously served in the Senate. (Photo by Paul Battaglia)

The Legislature has filled four seats on the University of Minnesota’s Board of Regents.

In a joint convention Wednesday evening, the House and Senate voted on nominees for the 12-member board, which governs the university. Lawmakers filled a student seat, a position representing the Fifth Congressional District, and two at-large seats. All have six-year terms.

To represent the Fifth District, the Legislature elected Peggy Lucas, a founding partner of Brighton Development Corporation and a former member of the Metropolitan Sports Facilities Commission. The student seat goes to Abdul Omari, a doctoral student at the university. And lawmakers chose two incumbent regents, Linda Cohen and Dean Johnson, for the at-large positions.