Laura Stevenson and the Cans. Photos by Jay Gabler.

The first concert I ever attended was an all-ages show that my cousin Sara brought me to when I was a teenager. Zuzu’s Petals were opening for Run Westy Run at the 7th Street Entry, and I couldn’t believe that the Petals were just hanging out after their set, like ordinary people! I went up and nervously complimented them. Oh, fer cute, they seemed to think.

I had a flashback to that show Wednesday night at the Triple Rock, when I went nervously up to Laura Stevenson and complimented her on a stellar performance. She was gracious and thanked me for coming and being such a big fan. Fer cute.

“Master of Art,” the first single from Stevenson’s new album Sit Resist, also takes me back to being a teenager—but not to the grungy crunch of Zuzu’s Petals, to the soaring anthems by rockers like Bruce Springsteen and Tom Petty that I used to blast on the outsized speakers I’d inherited from the living room when my dad upgraded to Magneplanars. It’s a standout in her catalog and was the highlight of Wednesday’s show, but Stevenson has a lot more up her sleeve—albeit in the intimate confessional rather than the anthemic vein.

Her show at the Triple Rock with her band the Cans showcased her pure voice, absorbing songs, dynamic arrangements, and charming stage presence. “Halloween Pts. 1 & 2” opened the set, as it does Sit Resist, with a bang; “The Healthy One,” a song that Stevenson noted sounds happier than it is, was another highlight. A squirrelly crowd distracted from the several quieter numbers Stevenson performed, but that’s happens when you play in a club—a club that, unless Stevenson was lying, happens to be her favorite venue in the country. I hope that means she’s coming back, and soon. In the meantime, if you hustle you can download Sit Resist for free from Stevenson’s Tumblr.

In a pleasant addition to the scheduled bill (which also included Pomegranates and Fake Problems, neither of whom I stayed for—sorry, guys), the show opened with a set by Now, Now—formerly Now, Now Every Children, and formerly larger than the tight three-piece they played as on Wednesday, sounding better than ever. The Blaine pop-rockers were originally scheduled to tour with Fake Problems, but called it off to focus on preparing material for an upcoming recording session. Based on what I heard at the Triple Rock, their new disc is likely to be fantastic. Whoever stole my Now, Now hat from backstage at First Ave during Bassgasm 3 is going to look supercool. Asshole. 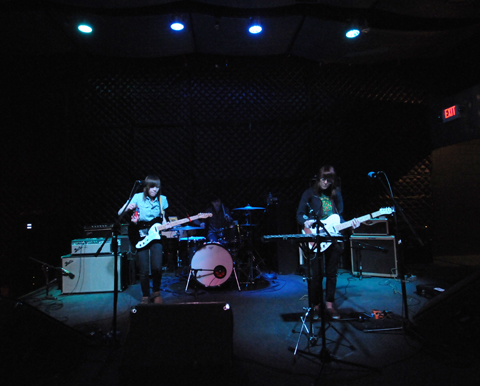 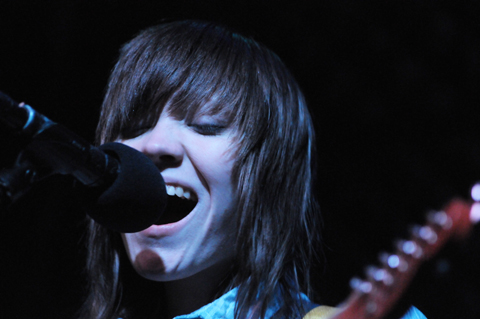 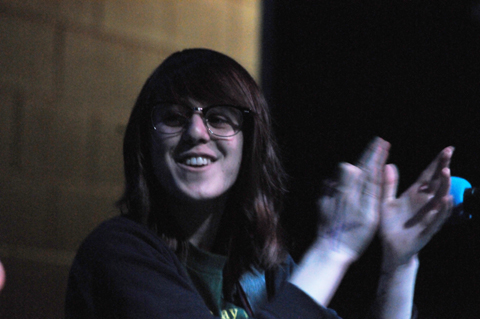 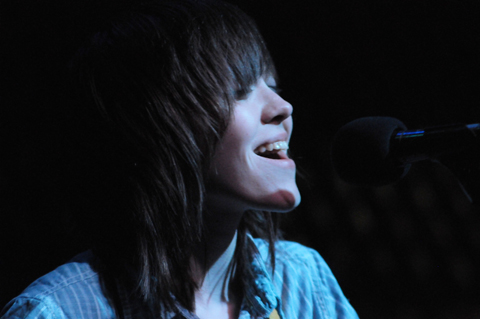 Laura Stevenson and the Cans 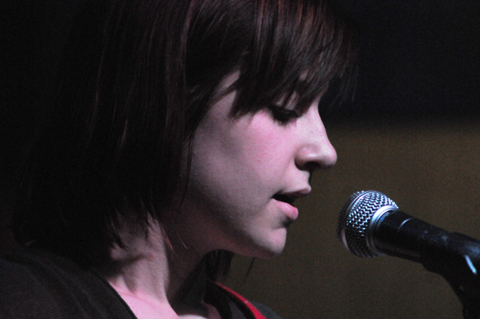 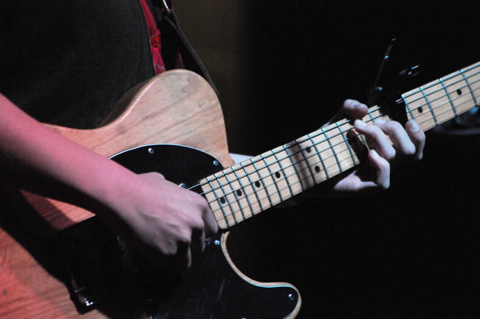 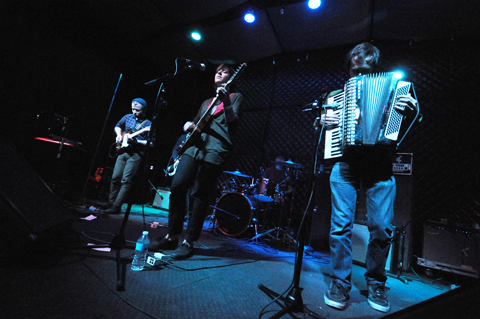 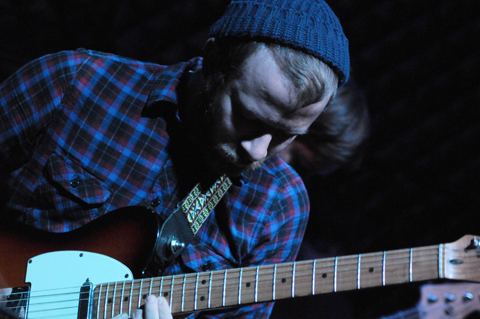 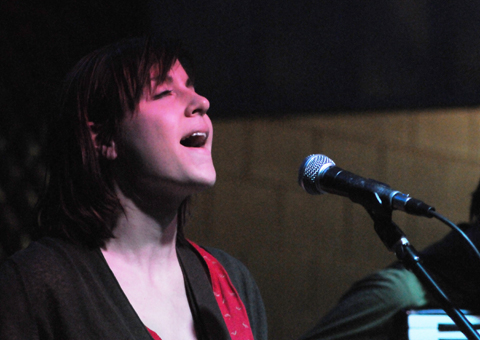