It’s not very common for a middle school grade student to talk about vulnerability as an asset. But that’s exactly the word that Rabiya Sehgal-LaRocque used when talking about the value of attending Laura Jeffrey Academy (LJA), an all-girl charter school in St. Paul. At Laura Jeffrey, students are encouraged to express themselves. “You can be vulnerable here,” the eighth grader said. At the school, she feels comfortable asking questions, and feels her opinions are valued. Sure, there are no boys around, but “boys aren’t as important as an education,” she said.

Another student at LJA, Dejanae Spillman, also in eighth grade, said at her old school, Maxfield Magnet Elementary, she wasn’t herself. At Laura Jeffrey, “I can express myself as a person,” Spillman said. “It helped me grow better as a person.”

Lydia Light, another eight grader, feels she’s more empowered going to LJA than she would be at a co-ed school. “We’re all more open,’ she said. “Women can do whatever they want in the world.” She said also that at other schools, girls don’t participate as much, particularly in math and science, although she’s not sure that would be true for her. “I’m a very talkative person,” she said. “For me it wasn’t a huge difference,” between LJA and her old school, Groveland Park Elementary.

Light’s favorite part about the school, though, is the teachers. “They are all so enthusiastic, and willing to put in that extra time.” 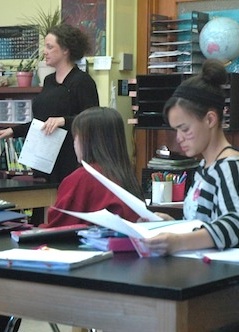 Science teacher Lizzie Forshee certainly does put in the time. She works about 70 hours per week, but she said that had to do with a number of factors — that she’s a new teacher, and she’s taken on other roles such as coaching different curriculum programs at the school. She also served on the board of directors for three years, and works on scheduling the inter-session breaks, where the students, who attend school all year long, go on trips and engage in activities in between semesters.  “I wear a lot of different hats,” she said.

Before working for LJA, Forshee was a teacher at Minneapolis Public Schools, but she said she got bored there. She went to the Education Fair, and learned about LJA, which she said fits her teaching style better.

When planning curriculum at LJA, Forshee draws from Inquiry Based Learning, which has no prescribed outcomes for students, as well as Understanding By Design, in which teachers plan curriculum with end points in mind. When she plans inter-session programming, she thinks of things that she would want to do with her own daughter, whom she plans to send to LJA when she’s old enough. 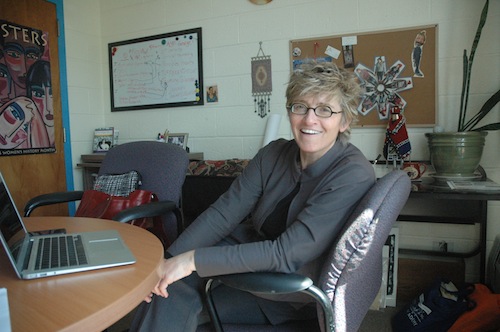 Cindy Reuther, the school’s executive director, said the idea for the school came about in the 2000s, while she was working in the charter movement. Studies showed that girls were dipping in academic motivation, especially in math, science, and physical activity, and it was clear to her that there need for a Science, Technology, Engineering and Math (STEM) focused academic experience within a liberal arts curriculum for girls. According to Reuther, as girls gain competence, that translates into confidence.

Reuther began talking to people about the notion of the strength of assembling a critical mass of girls to really experiment with their knowledge base and “who they want to be.”

LJA’s framework is based in critical pedagogy and the social construction of knowledge inquiry, Reuther said, “not girls sitting in rows.” Rather, girls in the school do group work — they dialogue, they discuss. They debate issues and concepts while deconstructing race, class, and gender.

Currently there are 220 girls in the school, 48 percent of whom are girls of color, Reuther said. In addition to an all-year school with inter-session breaks, the days are longer than regular public schools, with classes going from 8:15 – 3:45. Teacher arrive at 7:30 and stay until 4:00 unless they have other meetings. The teachers also create their own curriculum, Reuther said.

Most importantly, the school strives to nurture girls to develop their own voices, and to develop a sense of agency, Reuther said.

That’s why Selah Jachin, who won an award with the Minnesota Association of Charter Schools for an essay she wrote about how charter schools changed her life, feels she is a different person since attending the school.  She’s attended other schools, including other charter schools in the past, but before attending LJA, she didn’t have any friends. Now, “I can be myself,” she said The teachers teach you that you can be yourself. I f I have a problem. I have to figure the solution out.” 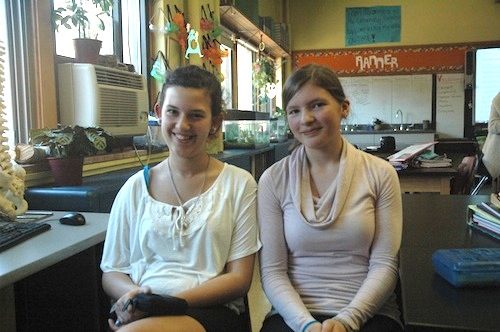 Of course, for some girls, the no-boys issue can be a bummer. “We’re super boy crazy,” said Bronia Bogen-Grose. “I get nervous about how to interact with boys.” However, she feels that it’s worth it because going to an all-girls school has helped her excel in science and math.