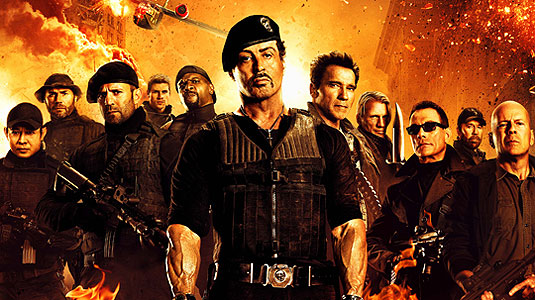 As the summer film calendar enters “the dog days of summer,” most of the big films of the summer have been released, with the exception being the new Jason Bourne film, The Bourne Legacy, starring Jeremy Renner (The Hurt Locker) instead of Matt Damon, opening nationwide on Friday, August 10.

Originally, the spy action thriller was going to be released on August 3, but they wanted to separate themselves from The Dark Knight Rises—and for good reason. The Dark Knight Rises made $250 million in just its first eight days of release, despite the horrific events in Aurora, Colorado at a midnight screening, which has some film goers scared off from going to the movies, at least momentarily. Others are still making their way to the cinema to catch the last of the trilogy with director Christopher Nolan and lead actor Christian Bale attached to the series, although one wonders if they may have something up their sleeves, given how the film concludes. At least for now, Nolan and Bale have hung up their batsuit; however, there are still plenty of sequels, remakes, and potential franchises opening up this August in the Twin Cities.

One film that has me scratching my head is the remake of the Arnold Schwarzenegger classic science fiction hybrid Total Recall. This time around, Colin Farrell steps into the Douglas Quaid role, Farrell’s first film since starring in last year’s vastly underrated remake of the 80s vampire fixture Fright Night, and instead of Sharon Stone playing the ass-kicking female lead, we get Kate Beckinsale. Why shouldn’t we? Her husband Len Wiseman (Underworld series) directed this remake. Expectations are as low as they can get.  Did I mention it’s rated PG-13?  Friday, August 3.

Two alternatives opening on Friday, August 3 at the Lagoon Cinema seem like better bets. One I saw at Sundance: Lauren Greenfield’s sleazy (I mean that in a good way) and entertaining documentary The Queen of Versailles. Greenfield spent three years with Florida billionaire David and Jackie Siegel, who were in the process of building their dream home, a 90,000 square foot mansion. Once the 2008 financial crisis hit, their plans were on hold and their marriage began to strain. What is most impressive about the film is that Greenfield seems to capture every juicy moment between former beauty queen Jackie and David watching their empire on the brink of collapse. After waiting close to two years since it was picked up by the Weinstein Company, it is great to finally have the chance to see, director Daniel Espinosa’s Swedish crime drama Easy Money, starring Joel Kinnaman in what is suppose to be a star-making performance. Kinnaman stars as a student working as a cab driver who becomes involved in a drug deal between Swedish and Serbia mafias.  Easy Money is in the same vein as other previous Scandinavian crime novels recently adapted for the big screen (The Girl With the Dragon Tattoo and Headhunters) and that is the good news. The bad news is there is already an American remake in the works with everyone’s favorite action star, Zac Efron.

As mentioned before, The Bourne Legacy, opening Friday August 10, seems to be the one legitimate Hollywood film yet to released with some promise. Stepping in for Damon, Renner plays Aaron Cross, another government assassin; it leaves off where the last Bourne installment, The Bourne Ultimatum, ends, and the action probably will not let up. It is also a good sign that two-time Academy Award nominee Tony Gilroy (who wrote the previous Bourne screenplays) will be not only writing The Bourne Legacy but also directs, which worked wonders when he wrote and directed the brainy and compelling Michael Clayton with George Clooney. The Bourne Legacy also features a great supporting cast with Edward Norton, Rachel Weisz, Joan Allen, David Strathairn, and Albert Finney.

There is still one more family stop-motion animated film to open this summer: ParaNorman, a ghastly feature that has young Norman (voiced by Kodi Smit-McPhee) given the ability to speak with the dead; his ability comes in handy when his town is infested with zombies. Co-director Chris Butler was recently quoted saying, “It’s John Carpenter meets John Hughes.”  If that is the case, it sounds like an interesting formula and advance word is the film completely works—but why is being released in the summer instead of around Halloween?  ParaNorman opens in theaters around the Twin Cities on Friday August 17.

I know everyone was asking for a sequel to Sylvester Stallone’s action-packed violent shoot ‘em up, so we are getting one: The Expendables 2 (above). The one added star to join the aging cast this time around is—with his first acting gig in six years—the undeniable action stud (and freakin’ older than you would expect) 72-year-old Chuck Norris. The Expendables 2 opens in theaters everywhere, Friday August 17.

Three independent films opening at the Lagoon on Friday, August 24 are ones I have had on my radar for a while and have some promise.

David Cronenberg’s latest feature, Cosmopolis, based on the Don Delillo novel, features Twilight heartthrob and recently broken-hearted man Robert Pattinson in a commanding role as a young billionaire being driven around Manhattan in a limo, coming into contact with various characters and breaking out in violence when his alliances and his own fears are tested.

A new film from veteran director William Freidkin (The Exocist and The French Connection) is an offbeat comedy/crime/thriller, Killer Joe, which has been slapped with the notorious NC-17. When a young drug dealer, played by Emilie Hirsch, is over his head in debt, he wants his mother snubbed to collect the insurance money, so he hires local police detective and moonlighting contract killer Joe (Matthew McConaughey). Unsurprisingly, things get out of hand. Some have praised the film for being a return to form for Friedkin; others have criticized it for being trashy and stupid.  Either way, I have been hearing nothing but great remarks and that this southern gothic tale is a wild ride, so count me giving in.

Lastly, the French oddity Nobody Else But You looks like a hoot and has been compared to a cross between David Lynch’s, Twin Peaks and our own Coen brothers’ Fargo (it’s mentioned in the trailer) as a French novelist looking for a new story to write comes across a young woman who thinks she is the reincarnation of Marilyn Monroe. Featuring the wonderful song “Shot Down,” by garage blues band the Sonics, the trailer had me hooked.