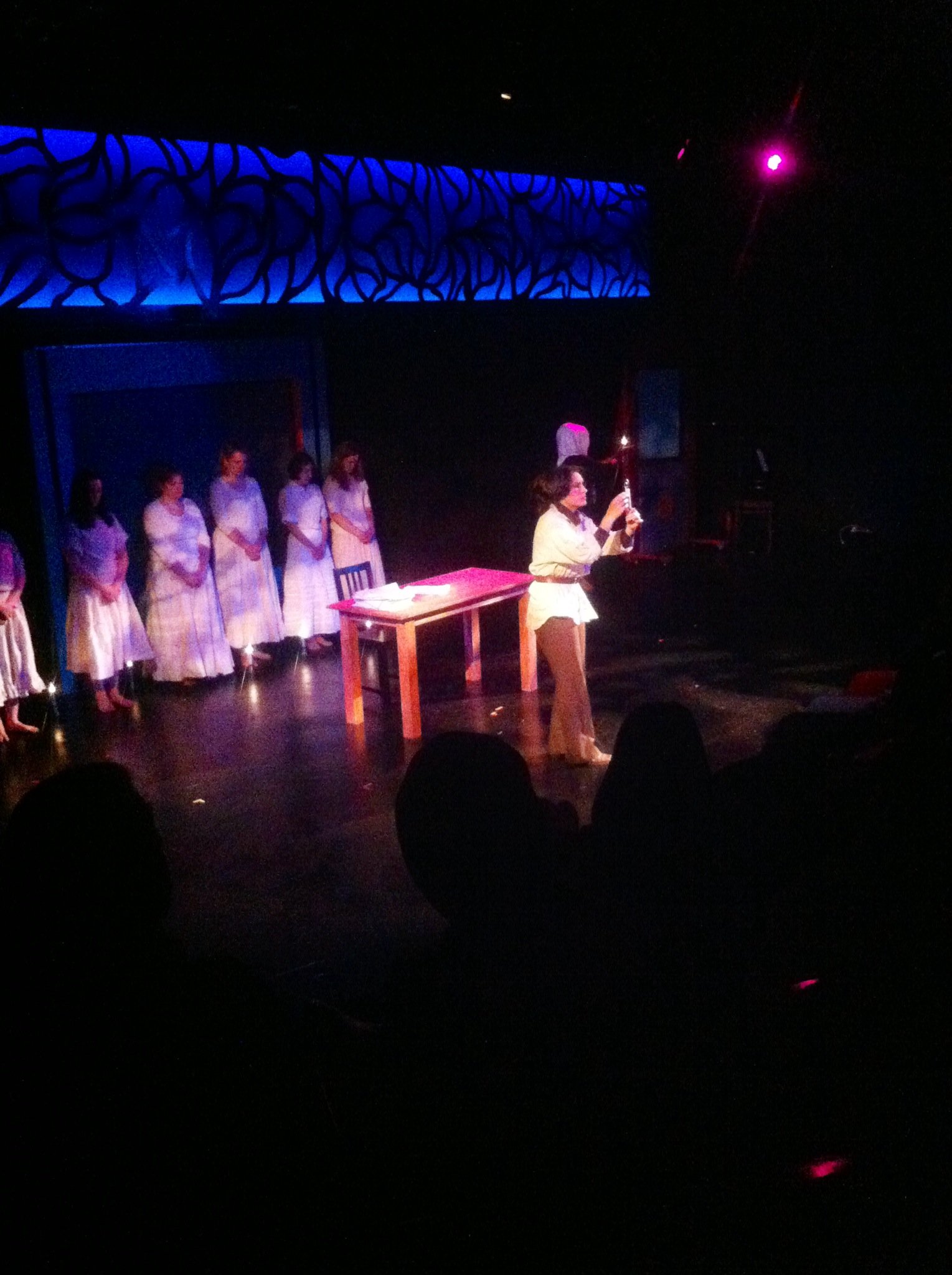 As you make your way through the doors of Pillsbury House Theatre for the closing night of the series, you are welcomed with warm smiles, the aroma of pumpkin pie served with love and the embrace of a collectively conscious community anxiously awaiting for the night to begin.

Traditionally, the structured conventional method of creating theatre goes like this: a writer writes a script, a director interprets it for the stage and then the performers bring the director and writers collective visions to life. Pillsbury House Theatre’s main stage production, “The Late Nite Series: Non-English Speaking Spoken Here,” breaks away from this notion by giving its artists the complete interpretive freedom of artistic self expression, and cultivating a space that allows them to push the boundaries of the creative process. Curated by artists Laurie Carlos and e.g. bailey, the series brought together creative minds of many disciplines from New York and Minnesota to explore socially relevant issues to the human condition.

Malia Burkhart, a multidisciplinary performance artist, puppet, and mask builder was first to take the stage with her work in progress, “Two hands, Witch-hunts and Wolf hunts.” The work weaved dance movement, songs, and storytelling together creating a story that explores the complex relationship between humans and the history of our planet. The piece invites the audience to think outside the box by reacting to the performance on a subconscious level, and creating a space to be socially engaged in all areas of the creative process.

Following Malia Burkhart’s thought provoking performance, spoken word artist e.g. bailey, and vocalist PaviElle French graced the stage in a soulful song titled Bye Bye Miss American Pie by Don McLean, a play on the phrase, “That’ll be the day I die,” and a metaphor for the death of the American dream as a personal tribute to all that have passed this past year.

Mire Regulus, a writer and a theatre performance artist, shifted the audience into the world of myths and fairytales in her piece. Her piece confronts and questions the function of mythology as a transformational vehicle for the people of the diaspora, specifically black women.

Jessica Huang, a multi-racial playwright and co-writer of the Unit Collective, illuminated the stage with the excerpt of her play Saint Simone. The play takes us into a mystical world and materializes the internal struggle of life and death of the late philosopher Simone Weil. Miniscule changes were made to the fluid space, allowing the transition for the next artist.

Ryan Strandjord, a filmmaker and producer, informed the audience of the importance of human interactions in the age of technological advances through the narrative of two strangers in his short film City Boots, which premiered at the Minneapolis/St. Paul International Film Festival.

The night drew to a close when Nick Lehane, a Brooklyn-based actor and puppeteer, took the stage to vividly capture the minds of the audience with his puppeteer work Chimpanzee, an intimate and emotion-evoking story of a female chimpanzee reflecting on her life.

As the audiences made their way out of the theatre sounds of excitement continued to echo in the halls expressing a collective transformational art experience and a new sense of community.

The series was a tribute to the late memory of Brandon Lacey Campos, a fearless art activist. More information can be found on the impact that his work had on communities at large here.