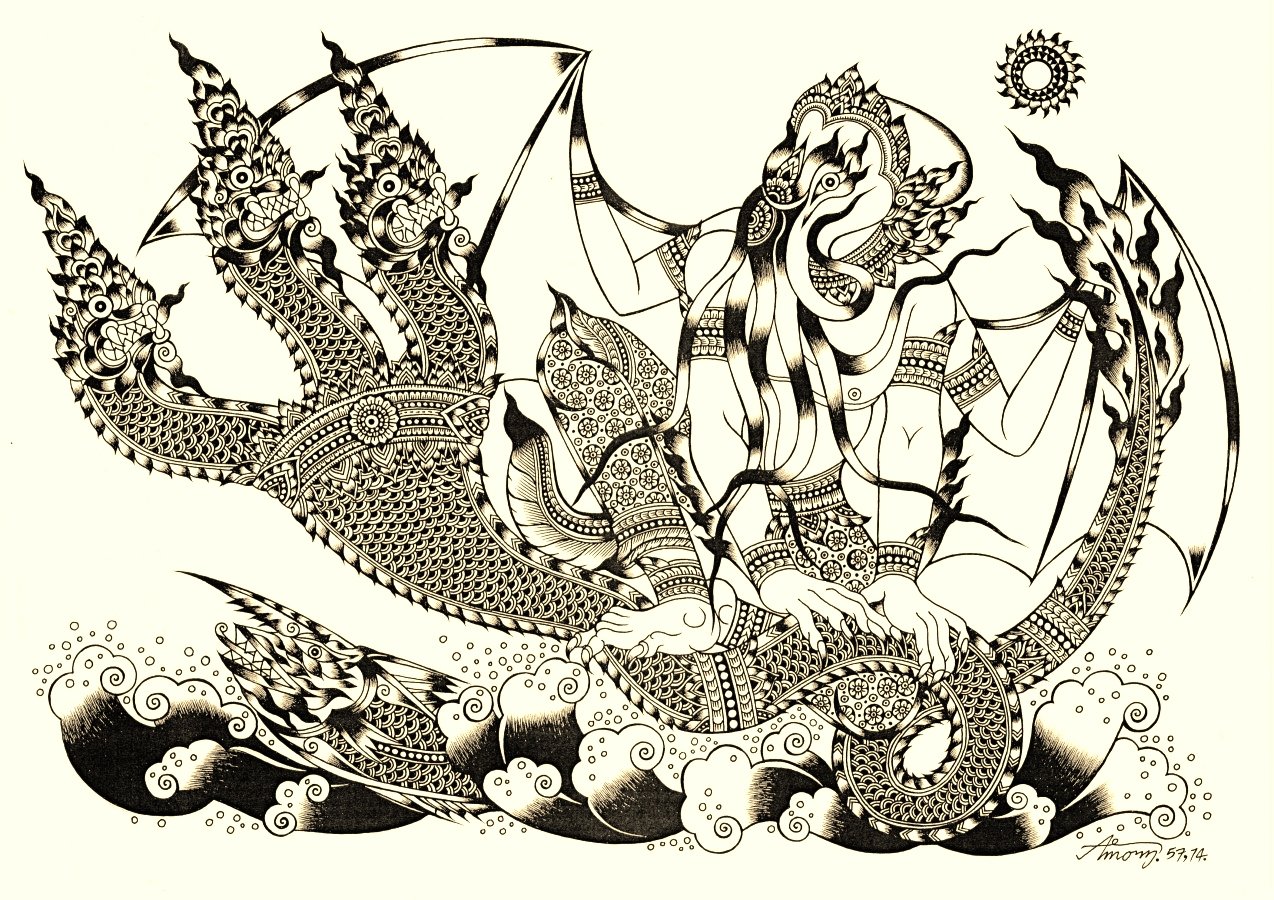 This Wednesday, October 22nd will be the 170th anniversary of “The End of the World,” as predicted by the adherents of Millerism in the 1830s. William Miller had predicted the Second Coming of Christ on October 22nd, 1844, That day came and went, and left a good number of people disillusioned. Some returned to their old congregations, others became Quakers or Shakers. In more recent years, the late Harold Camping predicted October 21st, 2011 was going to be the day to end all days.

When it comes to the end of the world, there’s no shortage of theories. Sometimes the fear is that the end will come from science, from human error, or divine retribution. Or maybe all of the above and things we haven’t even thought of yet. As one of the few professional poets in the Horror Writer Association, I spend some time contemplating these ideas, especially from a Lao American perspective. But what’s it all good for?

In the early 2000s, many of my well-meaning peers said candidly that I shouldn’t be writing things that are so “out there.” To focus on the types of stories people are expecting, what we know “sells.” After all, the American poet Walt Whitman was of the opinion “Pointing to another world will never stop vice among us; shedding light over this world can alone help us.” I never put much stock in that idea, however.

For many of my Lao artist colleagues, I think it’s vitally important we build in a culture of joy, curiosity and fearlessness in our antebellum reconstruction. We must write to the limits of our dreams, if we are to recover our future. I think it may be helpful to share some elements of a recent proposal of mine, so we can see at least some ways Lao might make a case for our most imaginative work.

In a nutshell, I proposed the completion of a new book, tentatively entitled “Laopocalypse: Diaspora, Eschatology and Thanatological Hermeneutics”. The title boils down to “The End of the World: Lao Style.”

So, we have a concept, but how did I build the case for it?

I pointed out that Laos was a monarchy the size of Great Britain. During our 600-year history, we worked to build a diverse, tolerant nation of over 160 ethnicities. But it’s been a turbulent history of conflict and calamity since the 1700s. Today, there are fewer than 40 books in 40 years from Lao in the US. Many in our generation have grown up to become strangers to our own birth land.

As I often point out, over 400,000 Laotians were killed, maimed and displaced as refugees during the war. The secret American bombing left over 30% of the country contaminated by cluster bombs as of 2014, more than 40 years later. For this particular project, I pointed out that in many ways Laos already experienced the Apocalypse. But why put together a book of poems about the “Laopocalypse”? Where’s the urgency or the innovation?

In classical Lao art and literature, there is no apocalyptic tradition or discussion of the end of the worlds or final conflicts. There are wars and disasters that pull humans and all living beings to the brink, but as Lao, we do not actually discuss the possibility of the end of the world. The influence of Buddhism, Hinduism and a sense of reincarnation perhaps plays into this, among other considerations.

But discussions of “The End” are useful, even if only as thought exercises.

When done effectively, good conversations have the possibility of encouraging prudent environmental, economic and social policies and a sense of stewardship badly needed. Today, many species in Laos face extinction even as they’re just being discovered. This is due in no small part to the massive deforestation and environmental change such as the construction of the Nam Theun Dam #2, or traffickers in exotic wildlife parts, among other reasons. Ultimately, writing the material for a Laopocalypse requires researching our past and present to get us to our many theoretical ends, and how we might respond.

If approved, these poems would be some of the first Lao works in 600 years to examine “The End.” Which may seem like an odd thing to get excited about, but how many times does an author have a chance to contribute to mostly uncharted literary territory?

Alexander Demandt, a German historian, once set out to catalog every theory on the fall of Rome, emerging with 210 distinct theories. Slate Magazine devised over 144 possible scenarios for the fall of America. In making the case for Laopocalypse, we were realistic. This could not be the “final” word on possible end scenarios for our world, but a snapshot of some interesting preliminary scenarios to consider, from the outlandish and fantastic to the highly plausible. Laopocalypse was also a way to incorporate and interpret oral and written histories of youth and elders I gather from across the country. Why is this approach so necessary? What happens when you mix the historic with a question of the future? Well, you’ll just have to see.

Is a proposal like this enough to win over the various judges sifting through nearly a thousand applications? Most likely not, but I can at least feel assured they’ll have run into almost nothing similar to it. For my colleagues trying to bring their own visions forward, this is what I encourage. Not so much technical perfection, but finding a way to make even an outlandish idea rife with possibilities. Even if you’re not selected, have you introduced a new concept, a new approach that can make us take notice?