August 6, 2014 will mark the 19th year for the Lake Hiawatha Neighborhood Festival. Over the years, a variety of park directors and staff and volunteers from the neighborhood have helped put on the festival. Among these people, only one—Joyce Boettcher— has been involved in every festival since 1996.

Joyce is a volunteer on the Lake Hiawatha Festival Planning Committee. If you’ve ever been to the festival, you’ve seen Joyce. She is the lady who sits at a table and sells the 25- cent tickets for the children’s games, rides, and other activities.

Behind the scenes, Joyce manages the festival’s finances. She writes the checks to pay the entertainment vendors, collects table fees from businesses, and keeps track of donations from community supporters. 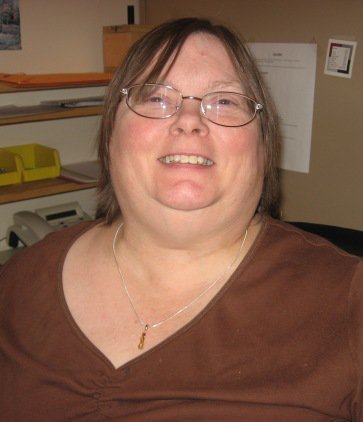 On a wet, windy day this past spring, I asked Joyce (left) to talk about the festival’s history. She began by recalling that a young couple living across from the park were instrumental in starting the festival. Organizers wanted a safe, fun, family event and, in fact, the first festival was called the “Lake Hiawatha Family Festival.”

In the beginning, the festival was held on the first Saturday afternoon in August but was later changed to the first Wednesday evening to allow families who went out of town on weekends to attend.

Young children’s entertainment was the focus of earlier festivals. The first festival, for example, featured a moon walk, ball crawl, Bobo the clown, a fire engine, and mounted police officers. Over the years, the planning committee added attractions for older children and adults, such as dance demonstrations, bands and other musical groups, canoe rides, a family fitness challenge, a portable climbing wall, and appearances by Minnesota professional sports teams. The park board’s “Show Mobile” (portable stage) is brought in for the talent contest.

Food is important to any festival. The planning committee sold hot dogs, sloppy joes, chips, ice cream, and walking tacos for many years. Recently, the park began contracting with licensed food vendors. Having food vendors greatly reduces the amount of work for staff and volunteers and increases the variety of menu items for sale.

Just as the festival has changed over the years so has Lake Hiawatha Park. Joyce noted that the children’s playground equipment has been replaced, the park building has been remodeled, and the wading pool has been revamped—all since the festival began. In 18 years, the festival has never been rained out, although one year it did rain for the last hour of the event. Nor has there ever been a serious accident or catastrophe of any kind. Joyce, however, does keep an eye on the inflatable moon walk, just in case it somehow becomes unplugged. 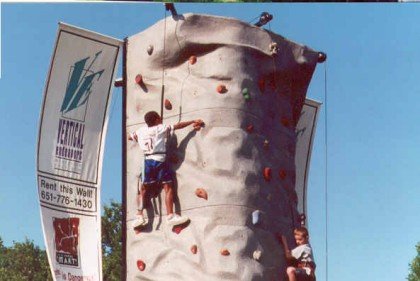 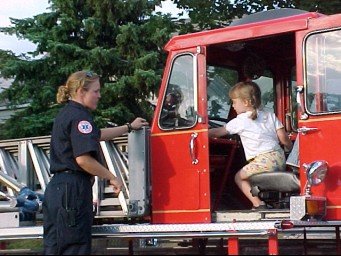 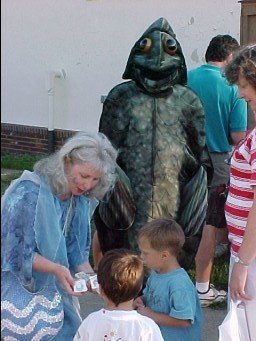 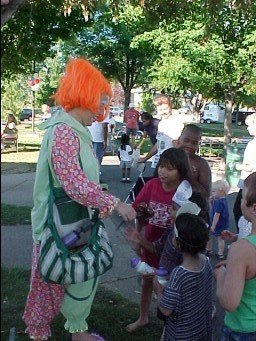 The biggest festival surprise for Joyce occurred in 2003 when she got a call from a Hollywood company promoting the teenage spy movie Agent Cody Banks. The company had learned about the Lake Hiawatha Neighborhood Festival on the Internet and wanted to bring the Agent Cody Banks Challenge, an inflatable obstacle course, to Minneapolis. It was a big hit with the neighborhood kids.

The 35W bridge collapse in 2007 occurred the evening of the festival. Joyce remembers how “weird” it felt for people to be having fun in one part of the city while other people were suffering in another part.

With people coming and going, it’s hard to know how many actually attend the festival each year, but Joyce estimates the number to be about 400. From ticket sales, Joyce knows that the pony rides are the number-one attraction, with hair- and face-painting coming in second.

From the beginning, the festival’s mission has been to “celebrate our lake and our neighborhood.” Joyce has stuck with the festival for nearly two decades because she sees it as a great community building event. She hopes that the planning committee can think of something spectacular to do for the festival’s 20th anniversary in 2015.