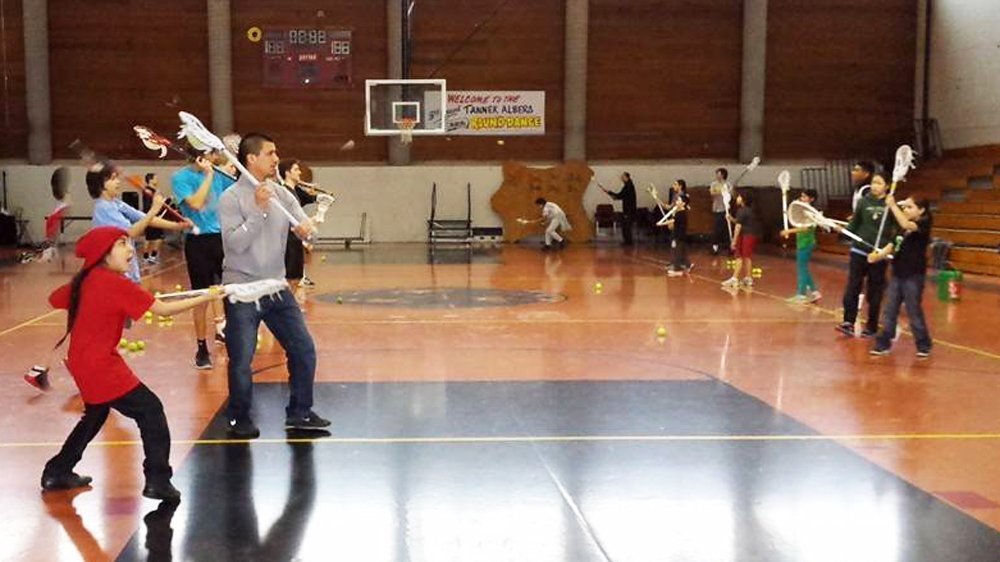 Indigenous Lax kicked off its first lacrosse clinic on Feb. 15 with special guest speaker and Edmonton Rush player Jeremy Thompson (Onondaga). He also plays for the Iroquois Nationals, is a Nike N7 Ambassador and the co-star of a documentary titled, “The Medicine Game.” He shared his knowledge and experiences with 30 Native youth representing the Arapaho, Blackfoot, Dakota, Ho-Chunk, Lakota, Ojibwe, Omaha, Potawatomi and Yakama nations.

The goal of these introductory clinics is two-fold: introduce Native youth to the history and significance the game has to many tribal communities; and to teach them the foundational skills they need to compete in lacrosse leagues in the Twin Cities.

“Both Native and non-Native [people] locally seem to think the sport is for and began with White Americans from elite communities and schools,” Clinic Director Shane Thompson (Odawa/Seneca) said. “This is far from the truth.”

Lacrosse is one of the oldest sports in North America. According to oral history passed on to Jeremy Thompson, “lacrosse has been played for thousands of years and the first game was played by the animals.” He went on to elaborate that the game between the animals relates to today by acknowledging that every player has a role regardless of speed, strength or size.

“It’s a collective learning journey because I myself don’t know the whole history of it locally, but somebody does and we’re trying to get those people to talk to our kids about it and offer a different perspective,” Shane Thompson said.

To help educate youth about the history of lacrosse, Shane Thompson plans to bring in a different guest speaker each week. In addition to Jeremy Thompson, Dan Ninham (Oneida) from Minnesota Ojibwe Lacrosse offered his perspectives about the traditional game to the group at the Feb. 23 clinic. Future presenters include Cherokee author and lacrosse enthusiast Art Coulson and Ojibwe artist Robert DesJarlait.

In addition to introducing youth to the historical and cultural significance of the sport, Indigenous Lax aims to increase wellness in the community by promoting fitness.

“We’re hoping that it’s another motivator to get kids moving in the fight against diabetes and obesity,” Shane Thompson said. He started the clinics as part of his senior year internship through the University of Minnesota’s Recreation, Park and Leisure Studies program.

Indigenous Lax is funded by the Circle of Generations program at the Minneapolis American Indian Center and is supported and staffed by Homegrown Lacrosse. The program is still looking to partner with organizations in the Native community to reach out to youth across the Twin Cities. 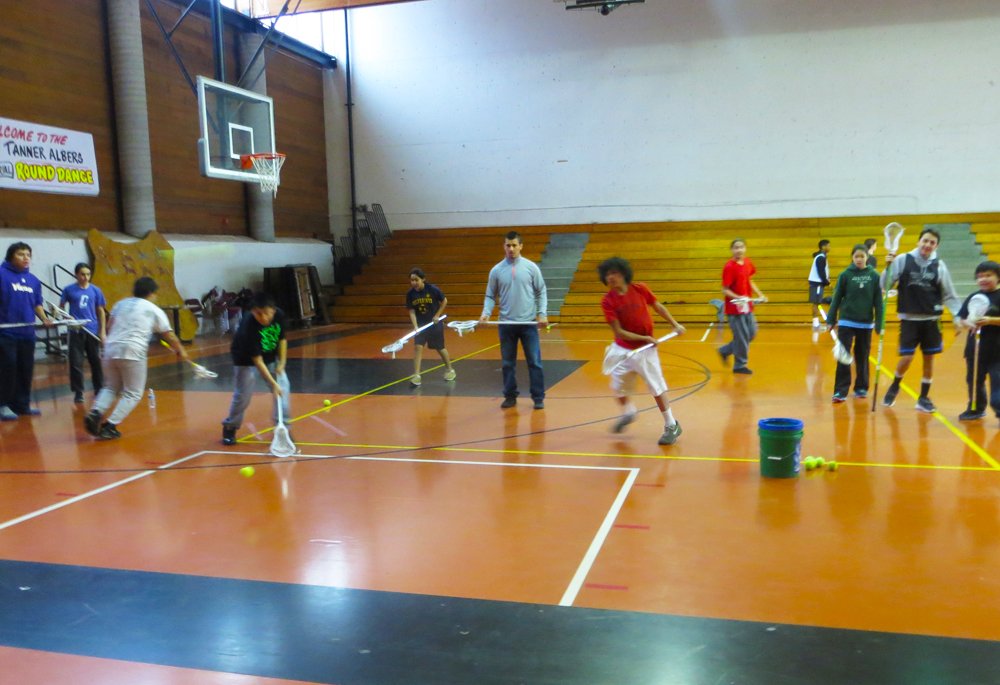 “This is a community collaboration,” Shane Thompson said. “Any organization that wants to be involved can be.”

The clinics will be held every Saturday through March 15 from 11 a.m. to 1:30 p.m. at the Minneapolis American Indian Center. Indigenous Lax is open to youth from third to eighth grades, is free of charge and includes lunch and transportation. To register, parents can visit www.homegrownlacrosse.org/indigenouslax or contact Shane Thompson directly at shane@homegrownlacrosse.org or 612-708-0699.

He hopes these introductory clinics will engage and inspire enough Native youth to field teams for local Parks and Recreation Board leagues, which run from April 12 to May 17. “We want to kids to take away the fact that their people were the originators of the game and that there’s a deep history involved,” he said. “We’re trying to get them to realize the importance of the game, how it was a gift from the Creator to be played for his enjoyment.”