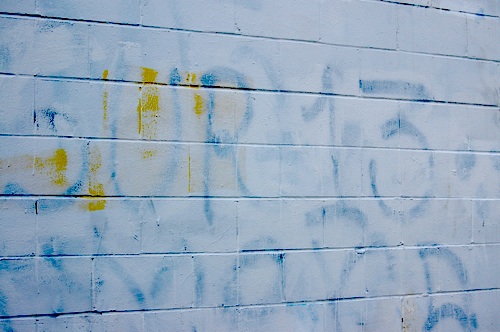 Since the 1990s, law enforcement officials have been using computerized databases to track suspected gang members and gang activity.  While proponents of these systems say that the databases assist different law enforcement agencies communicate with each other across jurisdictions, thereby preventing crime, opponents have called for an overhaul of these systems, saying they encourage racial profiling, don’t have enough oversight, and aren’t always accurate.

In addition to data systems that each law enforcement agency may use to communicate within its agency, two main databases are used across the state: the Criminal Gang Investigative Data System (commonly referred to as the Gang Pointer File) and GangNet.  According to the now-defunct Metro Gang Strike Force 2008 Annual Report, GangNet listed 16,764 individuals as gang members  in January 2009 while the Gang Pointer File listed 2,438 individuals in January 2009.

According to the executive summary of a report on gang databases prepared by the Community Justice Project of the University of St. Thomas School of Law:

The use of gang databases in Minnesota disproportionately affects communities of color.

The parameters of the Gang Pointer File are set up by Minnesota Statute, Section 299C.091.  According to the statute, a law enforcement agency may submit data if they have proper documentation, which may include documentation obtained from other agencies.  For an individual to be listed in the Gang Pointer File, they must be 14 years of age and have committed a gross misdemeanor or felony (or has been adjudicated  or has a stayed adjudication as a juvenile for an offense that would be a gross misdemeanor or felony if committed by an adult).  The individual must also meet at least three criteria in a ten point system (see sidebar).

David Johnson, Executive Director of Minnesota Justice Information Services at the Bureau of Criminal Apprehension (BCA), said the value of the Pointer System is to improve communication between law enforcement agencies.  “When you run an individual name in the system, it produces a full check with the driver’s license and warrant status,” he said.  “It gives information to both the agent running the check and the agency that put the name in the file… it messages back to them that the individual was encountered and when and where they were encountered,” he said.

Names in the Gang Pointer File are confidential, but may be released to criminal justice agencies.  An entry into a gang database may limit an individual’s ability to obtain a gun permit.  Mara H. Gottfried of the Pioneer Press wrote in her September 20 article on this topic (no longer available on line) that James Shelton Jr., a young man attending Metro State University was denied a gun permit by Ramsey County for, among other reasons, his inclusion in “a criminal gang investigative data system.”  Under Minnesota gun permit law, a sheriff may deny a permit to an individual who is listed in the Pointer system.

Johnson said that often there’s confusion between the Gang Pointer File and GangNet.  “GangNet is not a state system,” he said.

In 1997, then-State Senator Randy Kelly introduced legislation for the BCA to develop a gang database system, according to data analyst Rich Neumeister.  At the time it was just an appropriation bill for funding to set the system up.  A year later, State Senator Alan Spear produced amendment language for the bill which included language to create a Gang and Drug Oversight Council that would come up with criteria to help identify gang members.  That same bill also appropriated grant money for local law enforcement agencies to develop and update their computer systems, as long as they were following the guidelines, according to Neumeister.

GangNet is actually private, proprietary software developed by Orion Scientific Systems. The intranet-linked software was first used by the State of California Department of Justice under the name CALGANG.

In June 1998, the Ramsey County Board of Commissioners approved an agreement between Ramsey County and ORION Scientific Systems to provide a non-exclusive and non-transferable license to use GangNET software at a an initial cost of $31,750 with a renewal fee of $3,175 each year.  Since then it has been adopted by 96 law enforcement agencies statewide, according to Nekima Levy Pound of the University of St. Thomas’s Community Justice Project (CJP).

While GangNet is not a state-created database like the Gang Pointer File, it uses the same 10 point criteria, according to a report by CJP and NAACP, but there are major differences in the application of those criteria. In general, GangNet is much quicker to label someone a gang member, on far less evidence. Instead of the three points required by the Gang Pointer File, GangNet requires only one point to list an individual. So, for example, a single photograph showing someone standing next to a “known” gang member — perhaps a family holiday photo — would be enough to put that person on GangNet.

While an individual must commit a gross misdemeanor or felony to be listed in the Gang Pointer File, no conviction is required to be listed on GangNet.  Further, while a person must be 14 years for the Gang Pointer File, there does not appear to be an age minimum for GangNet, according to CJP’s executive summary.  (Levy-Pounds from CJP said that information about GangNet was obtained from the Ramsey County Sheriff’s office Standards and Procedures Manual).

The two databases also differ in how a person can be taken out of the system.  State law dictates that an individual be removed from the Gang Pointer File after three years if they have not committed a misdemeanor, gross misdemeanor, or felony, or if they are removed by the agency that submitted their data.  In GangNet, an individual is removed from the list after ten years, or after five if the individual no longer meets the criteria and asks Ramsey County to remove them from the list.

CJP and NAACP held four forums to address concerns about the gang databases and help come up with recommendations for change.  Three of the forums were town-hall style meetings and the fourth was a community work group comprised of interested individuals.  According to CJP’s executive summary of the forums, some of the main concerns include racial profiling, lack of parental notification when a child’s data has been entered in a gang database, difficulty verifying whether one’s data is included in a gang database, lack of knowledge regarding how one might contest data, trustworthiness of data entered by the Metro Gang Strike Force, denial of employment opportunities, and denial of right to access carry and conceal law for employment purposes.

According to the executive summary, state law dictates that an individual may ask the BCA to find out if they are listed in the Pointer database, but individuals are not notified automatically upon getting listed, nor are parents notified if their child is entered into the Gang Pointer File.  Similarly, individuals listed in GangNet are not notified upon being entered into that database, although an individual can contact Ramsey County and request a data process.

The executive summary also states that there are serious legal consequences to being listed in one of the gang databases.  It references Minnesota State Statute 609.229, which mandates enhanced penalties for crimes committed by persons identified as gang members.

St. Paul City Attorney John Choi said that the gang databases in themselves cannot be used as evidence against an individual in a case.  In the case of the gang injunctions during the Cinco de Mayo Festival and Rondo Days in St. Paul, Choi said that, while gang databases may have been used by law enforcement officers to gather data, the prosecution had to prove that the gangs in each of the cases were in violation of civil code.  “There has to be an underlying police report,” Choi said. “We can’t use the databases as evidence.”  From a legal standpoint, Choi said, information from GangNet is “unreliable.”

GangNet has, however, been used as a basis for obtaining search warrants. An appellate decision in Minnesota v. Holiday notes that the affidavit supporting a search warrant says:

Your affiant learned through GANGNET, which is a data base of documented gang members throughout Minnesota; Corey Lamont Holiday, 04-22-1973, uses the nickname “Q” and is a documented Mickey Cobra Gangmember. The GANGNET system also stated that Holiday has “Violent Tendencies” and shot another member of the Mickey Cobra gang to gain more power within the gang.

If information from GangNet is used in a court proceeding, then the reach of GangNet surpasses merely communication between law enforcement agencies.

The University of St. Thomas study cites the cases of two young men whose lives are circumscribed by listings in a gang database. The first is James Shelton Jr., who insists that he has never been in a gang:

This distinction has affected numerous people, including James Shelton Jr.  Shelton, 22, attends Metropolitan State University and aspires to be a probation officer.  Shelton cannot enter this profession, however, because he was told that he was in a criminal gang investigative data system. 43 Because Shelton has not committed a felony or gross misdemeanor, and it was Ramsey County that informed him that he was in a database, he believes that he is listed in the GangNet database.43 Shelton passionately protests that he is not a gang member and that “[i]t feels like [his] future is being molded by other people.

The second is Ice Demmings, who admits being an ex-gang member, but says he has reformed and still has no way to get off the list:

Ice Demmings, an admittedly ex-gang member, claims that the purging requirements are not being followed. Demmings attempted to join the National Guard but was not eligible because he is still currently listed as an active gang member.  Demmings noted that he has that not been in a gang for thirteen years but his presence on the gang list is hindering his ability to successfully rejoin the community. 44 Frustrated, Demmings commented that, “[w]hen people are trying to reform and make positive changes, this list prevents them from doing it.”44

The University of St. Thomas study makes several recommendations for changes to the gang databases, including changes to the ten-point criteria, “timely notice and hearing requirements for ‘documented’ gang members,” and meaningful audit and purging procedures.