What’s the point of going to a fancy restaurant, exactly? To demarcate an occasion as special? To raise yourself above the wretched refuse of the teeming Applebee shores? To engage in an exquisitely curated experience, like MoMA, but where you can eat the art? I don’t know. It’s so painstakingly precious, a restaurant like La Belle Vie, even here in culinary flyover land. The food is divine, no one can deny it. Other James Beard Award winners across the world might be as good, but they’re not better. Is it worth it? That is a question to which, if you have the luxury even to consider it, the answer is probably yes. 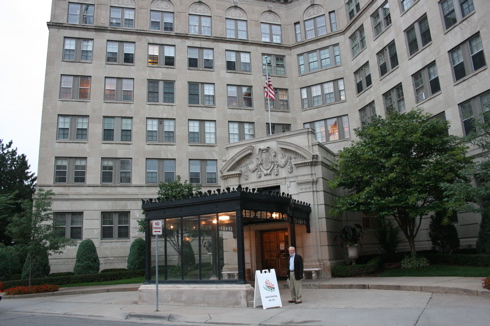 An extraordinarily generous person gave me and Bruce a $150 La Belle Vie gift certificate for a major wedding anniversary. This is why we, the hoi polloi, were able to masquerade as landed gentry for a night. I did my best to dress the part, but I quickly perceived that even the valet parking guys could take one look at my high heels and see straight through to the Mossimo tat. Well, never mind: you are what you are. We strode in and requested a table in the lounge. 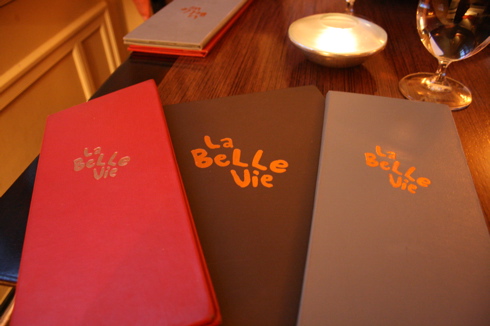 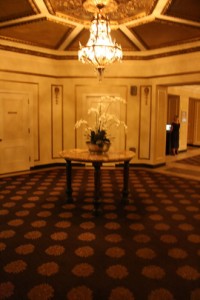 ﻿The deal here at The Beautiful Life (for you déclassé non-French speakers) is that you can go into the restaurant proper or the lounge. In either location, you will be served with grace and elegance, and the food will be superb. If, however, you don’t want to exceed your $150 gift certificate, you might want to choose the lounge, where the selections are fewer but the prices are much lower. After shuffling and re-shuffling what our waitress joked was the “library” of hardcover menus — lounge menu, cocktail menu, restaurant menu, although, mysteriously, no wine list — I guess they’d sized us up as both oenologically and fiscally incompetent to evaluate it — we each decided on the lounge’s “tasting menu” for $45, and I added the $28 wine flight. See what that adds up to? My half of the $150. Bruce ordered a couple glasses of an interesting Lebanese Château Musar red for his half. 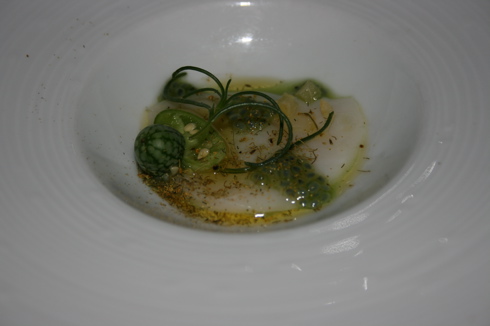 Sous chef T.J. Rawitzer was at the helm that night, since it was a slow week (it was during the state fair: who would bother to go to a nice restaurant when they could be eating deep-fried scat at the fair?), and he outdid himself on every item. The soft-shelled crab, of which our waitstaff instructed us on the proper consumption method, because they are polite to ignorant, unfashionable people, was accompanied by perfect little segments of watermelon and tomato (heirloom, of course). 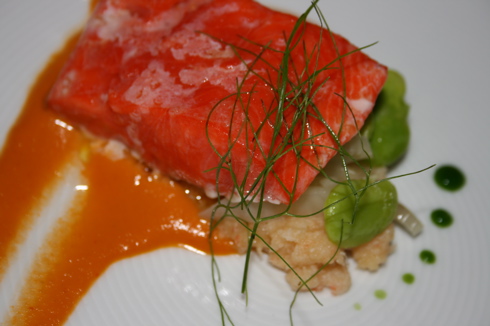 The Copper River salmon was unlike any salmon you’re likely to have elsewhere, oven-steamed and served with fava beans, on a little pouf of langoustine brandade and fennel. Would you like to know what langoustine brandade means? It has to do with mashed shrimp. I’m turning you over to the interweb for the details, but I do want to point out Wikipedia’s note that the word brandada is the Catalan word for the past participle of the verb brandar, meaning to beat in oscillations and having a very strong sexual connotation. Oh, my! We were not informed of this by our waitrons! 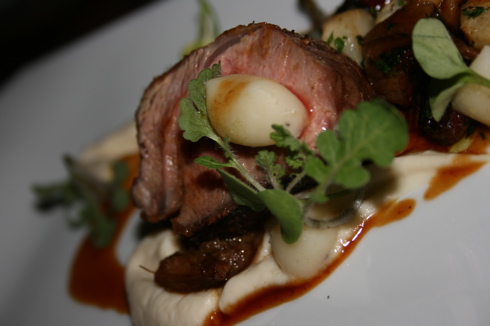 I can’t claim that the beef ribeye with porcini mushrooms, crusted fingerling potatoes and horseradish was the pièce de résistance, because every pièce was completely over the top. Suffice it to say that, at the point this dish showed up, I was well into the wine flight and had been rendered incapable of nailing the exact superlative that this little dish merited. It was real good. Reviewers have been nailing the correct superlatives since La Belle Vie’s Stillwater inception, so I don’t think mine will be missed. 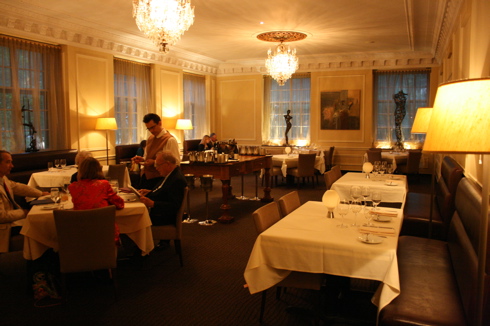 I did try to ask all three of our knowledgeable waitpersons about what they were serving, and twice I was instructed to “go ahead and enjoy your food before it gets cold.” To be fair, I was committing the gaucherie of photographing my dinner, which justifiably annoys the hell out of classy restaurant people. In my defense, however, I was confident that I was not disturbing the exactly zero other customers who were dining in the lounge that evening. And I’m sure the servers were very busy waiting on the exactly two tables of customers in the dining room. Zing! 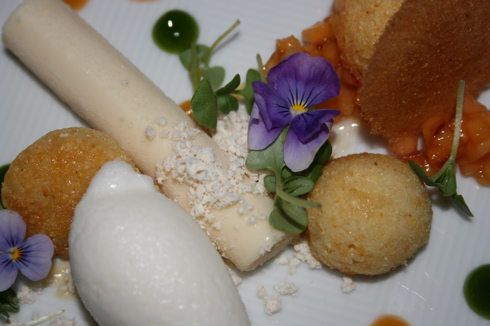 Once we had made our way through these freakishly beautiful courses, with a few amuse bouches thrown in for good measure, we were presented with pastry chef Diane Yang’s roasted nectarine mousse with polenta, basil, and popcorn sherbet. Bruce thought the dessert was  a tad “incoherent,” but that’s because he’s shallow. I’m telling you, each discrete element was a tidbit of perfection, and who are we to judge whether combining those elements was a good idea? Do you see how pretty it is? I don’t know why anyone would think up a roasted nectarine mousse, but praise the Lord. 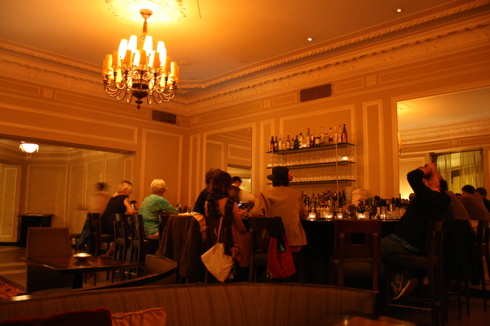 If no one gives you a gift certificate, you poor thing, and you can’t have dinner at La Belle Vie, you could go to the bar and have a $12 drink. For much of the evening, a 60-something woman was sitting there alone, communing with some impressive cocktails. It was easy to pretend that this was the Algonquin and she was Dorothy Parker. She was not joined by Benchley and Woollcott, however; instead, in came a group of egregiously stylish young persons wearing the type of hat that shouts, “Hey, Minneapolis, me and my band came all the way from Portland.” It was a rather delightful scene. Legendary drink-slinger Johnny Michaels wasn’t around that night, but bartender Mike Rasmussen seemed to be keeping up admirably. 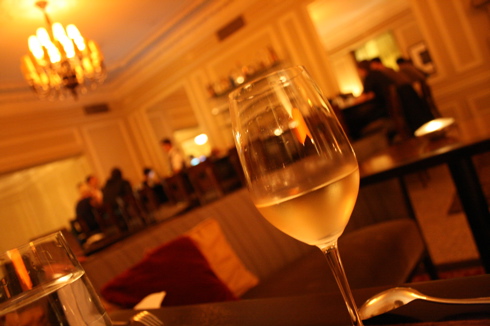 Oh, it’s all just too, too, too. The 1927 apartment building in which the restaurant is located represents “a style of living…geared for the gentrified set,” according to a real estate site that sells the condos languishing therein. If you can take all that monied gravitas with a grain of salt, though, the restaurant itself is just plain magnificent. So what if you can’t get over your classist paranoia about your own plebeian couture and the mild condescension of the waitstaff? Block it all out and concentrate on every bite. It is art, in its most accessible, digestible, pleasurable form.