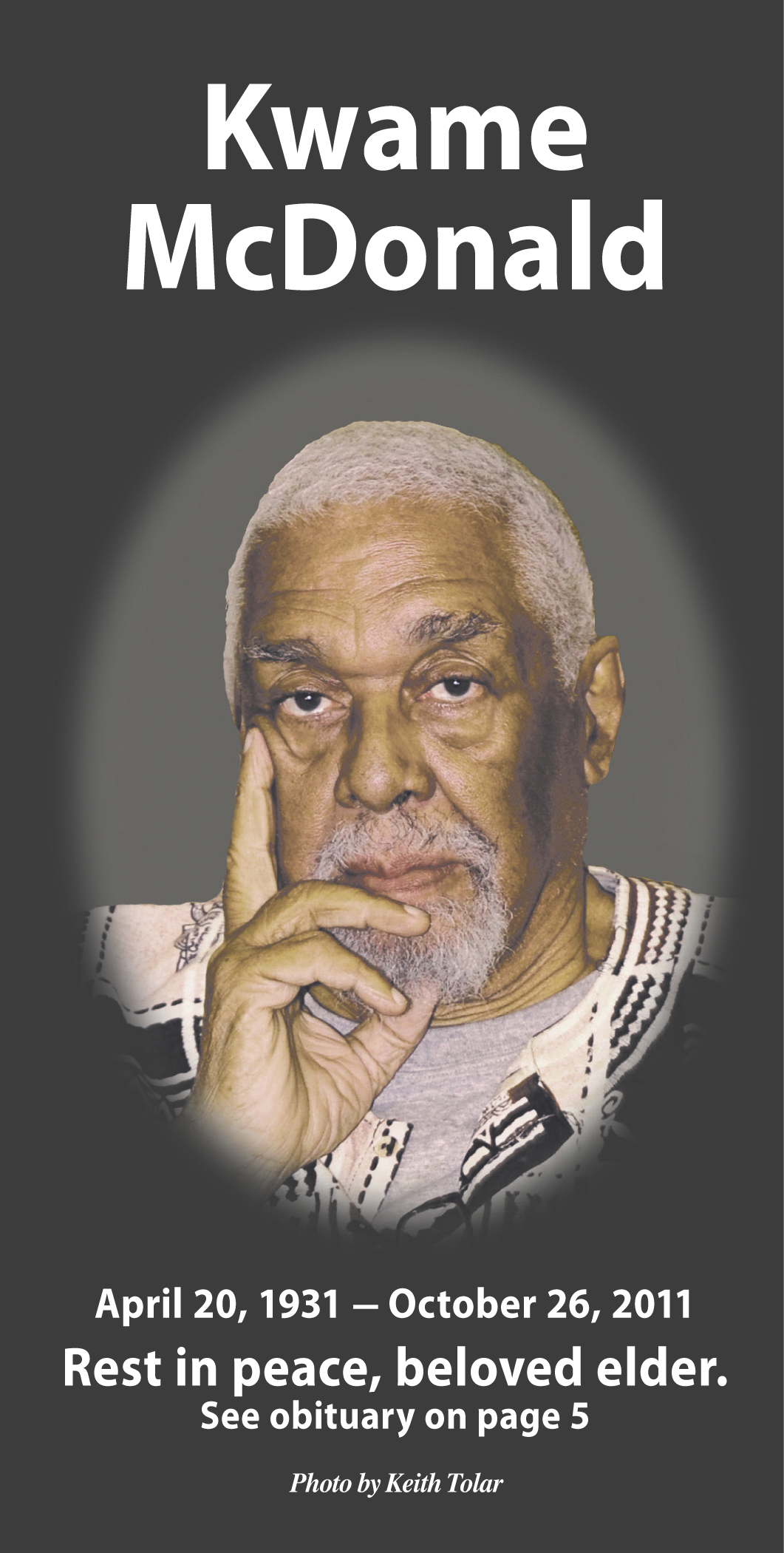 It was at Central State where he would meet Mary Frances Palmer, whom he married in 1956. The union, which produced their only son Mitchell, lasted more than five decades until her death in 2010.

McDonald’s lengthy career in serving the community first began at the Milwaukee Urban League in 1956. Two years later, he moved to the city that would become his adopted hometown for over a half-century when he was offered a job with the St. Paul Urban League in 1959.

As executive director of the Minnesota State Commission on Discrimination (1961-1965), he later would be instrumental in instituting new anti-discrimination laws in housing, integrating the Minnesota Twins spring training facility, and negotiating the hiring of the first Black airline attendant with Northwest Airlines.

However, it was a study trip to Ghana, West Africa in the summer of 1968 that would prove life-changing for McDonald.

When he returned to the States, he left all of his Western clothes back in Africa, changed his name from James to Kwame, which means “Saturday” (the day he was born), and for the remainder of his life, he would dress exclusively in African clothes.

“My mom didn’t know who he was,” recalls Mitchell. “He had an Afro and dark shades, black gloves and had on a dashiki.”

Through all his various roles and vast experience in a variety of areas, McDonald said he was most proud of his work with youth, teaching various subjects such as life development and Black history in both St. Paul and Minneapolis Public Schools.

“He was like a second father to me,” says Troy Russell, who first met McDonald when he was a teenager and was mentored by him. Now a head girls’ basketball coach at Irondale High School, Russell added, “Kwame took me under his wing. You want to be a coach — you can do it. He helped me get my first coaching job. He will always be a part of my family.”

Over 300 people attended a three-hour evening event October 7at St. Paul Central High School to honor McDonald. Among the various honors he was given was an honorary diploma from the school. “Kwame, you are now an honorary member of the Class of 2011,” Central Principal Mary Macbee told McDonald, who also attended the event.

Speaking in a prerecorded video presentation, “I’m so glad I was able to come back to St. Paul. This will be the place where I will leave this earth,” McDonald said.

Mitchell said his father’s favorite saying is that if you love yourself and love people, they will follow you. “He really loved himself and in turn, everybody loved him,” he adds.

McDonald also was a recipient of many awards, including being bestowed with a Doctor of Humane Letters from Concordia University in 2006 and inducted in the Minnesota Basketball Coaches Association Hall of Fame in 2010, but he was most proud of the 2000 Saint Paul Urban League’s Family of the Year he received because it is a family award.

“He was everywhere, but he was always at home. I never knew how he did it. He never missed…anything I did,” notes Mitchell, who told his father at the Central event, “You’re an amazing guy.”

McDonald’s journalism career included being a member of the White House press corps during the Carter administration, hosting a talk show on SPNN-TV for 10 years and writing two columns for the Minnesota Spokesman-Recorder for the past two decades. He also was a co-host for a weekly sports program on KMOJ-FM.