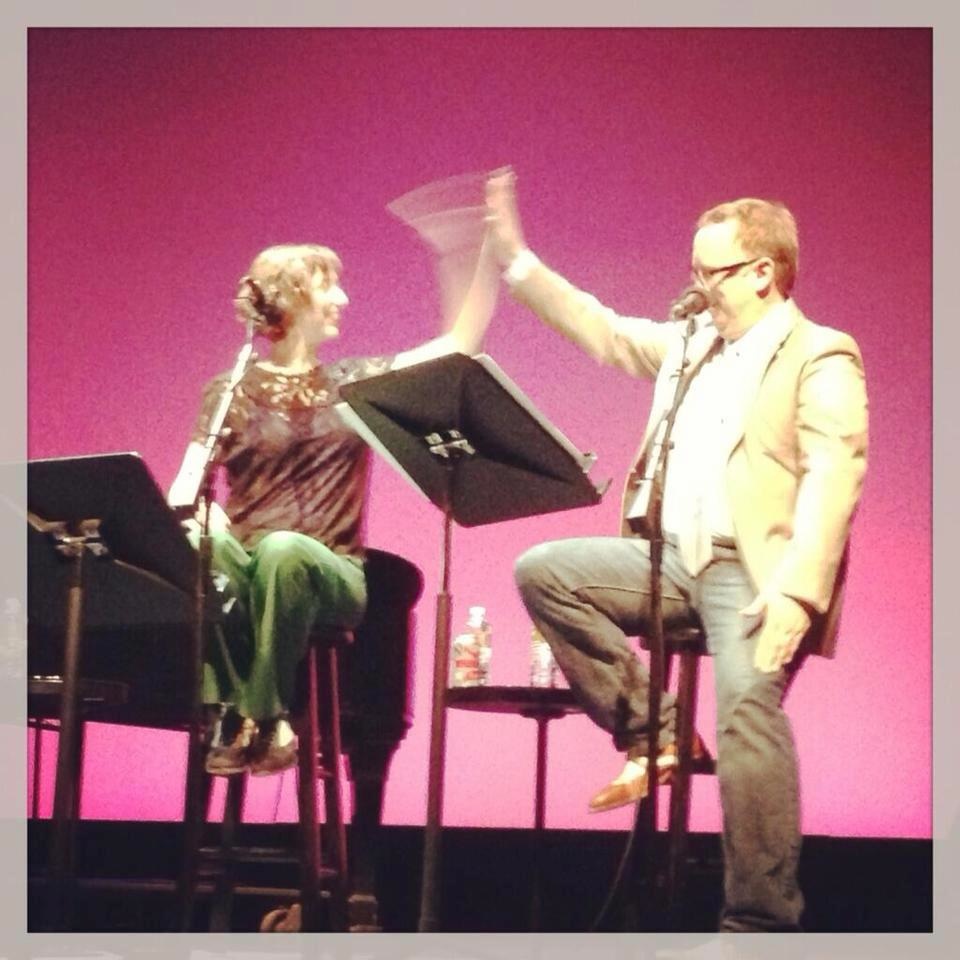 It seems the whole of the Twin Cities was present Friday, April 12 for the hip arts roundup that is Minnesota Public Radio’s Wits. Once again, the Fitzgerald Theater in St. Paul hosted a sold out show comprised of laughs, tunes and a few laughy tunes. As the second production of Wits’ 2013 spring season, legendary “popera” pianist Rufus Wainwright and comedienne Kristen Schaal (most well known for her characters in Flight of the Conchords and 30 Rock) stumbled through the mostly hilarious MPR variety show.

Wits leader John Moe was spot on, as usual, delivering his reliable humor in that great midwestern radio newscaster voice. The main highlights included the host introducing Wainwright’s sparkly shoes as the third guest of the show and a bit about various eras’ Timelords receiving cell phones in order to reclaim that terrible 80s shirt and Jamiroquai CD you still have.

Schaal was perfect for Wits. Her very conversational humor led to continuously funny banter with Moe and a hilariously flirty relationship with openly gay Wainwright. She carried her comedic weight more than most involved; a joke was never sacrificed on her account. That’s the thing, though: she doesn’t even tell jokes. She’s just really funny. All the time. Just speaking about growing up, being a member of every speech-related nerd club available to her in high school and her comedy resume had the audience in a perpetual giggle punctuated with abrupt fits of laughter. You know, the ones that make your face hurt from smiling too hard.

Wainwright opened brilliantly, playing a flamboyant sports reporter who didn’t seem to know much more about sports than the fact that “there are bunches of guys running around playing baseball with a stick! And there’s a tiger in the woods that knows how to play golf!” Unfortunately his other speaking roles were often somewhat painful. He warned us early on that he had just gotten off of a plane from Australia and was “delirious.” His musical performances, on the other hand, proved that crooning for an audience is actually easier than breathing for him. Known for rich vocals and dramatically catchy piano parts, Wainwright made us forget about his other shortcomings by delivering impeccable renditions of “The Art Teacher,” “Montauk,” “Candles,” and his most recent hit “Out of the Game” (all from his 2012 album Out of the Game).

Although John Munson and the Witnesses are always given some spotlight time, the band really proved their worth by featuring Janey Winterbauer’s lovely vocals in “One of These Things First” (Nick Drake). Soon after, they pumped out a true to form, yet maybe better than the original, “Love Shack” during the Pop Song Correspondence in which John Moe played the B52’s real estate agent warning the band that their excessive glitter usage (“Glitter on the mattress/Glitter on the highway/Glitter on the front porch/Glitter on the hallway”) was making their property pretty hard to sell.

The house band was also responsible to providing the hilariously 70s opening jingle for Cop Squadron, a dramatic cop sitcom (dramcopcom?) which also showcased the ultimate demise of Rufus Wainwright’s coherence. I’ll just say that one took a few takes.

The night’s festivities were lighthearted and fun, if even a little raunchy at times. They gave us a show, definitely, but I can’t help but think that was one of the rockier Wits in existence.