This year, the topic is music, and the schoolchildren and churches in and around Neillsville are being treated to two months of Korean musical and percussion traditions. The four professional musicians belong to the traditional music troupe Getmadang, from the city of Sokcho, in northeastern South Korea. 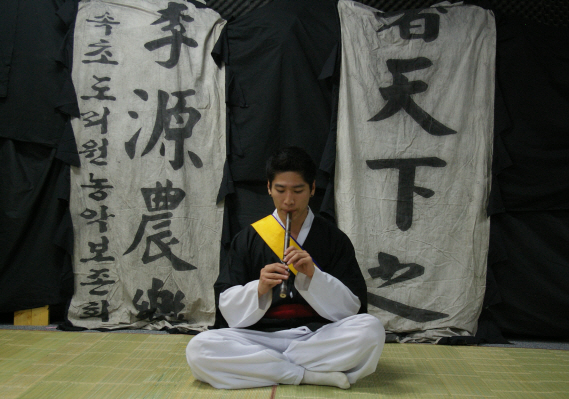 One of the group’s last performances will be in St. Paul, on Saturday, February 18, as a benefit to a Minnesota Korean American children’s drum group, Chang-mi Korean Dance and Drum. The performance, at 7 p.m., will be preceded by a Korean drumming workshop ($10, bring own drum). For the 7 p.m. performance at the Hancock Recreation Center, 1610 Hubbard Ave., St Paul, admission will be a suggested donation of $10. Half of the proceeds will benefit Chang-mi in its upcoming performance trip to Korea.

Chang-mi trains drummers and dancers from elementary school through high school. It is open to all, however, most of the students are Korean adoptees. The group’s artistic director/instructor Brooke Newmaster, is also a Korean adoptee. Chang-mi is raising money to send a group of dancers to Gwangju, South Korea in May to perform at a grand opening of a new non-profit guest house in Gwangju for Korean adoptees.

In addition to local venues, the Getmadang group also performed once in Chicago, and will also perform at the University of Wisconsin– River Falls (February 9, 7:30 p.m.) The group arrived in late December, and will leave February 25. The time period coincides with winter break for students in Korea, according to Rev. Dongsu Lee, who organizes the annual Korean cultural events. The Getmadang players had some down time in mid-January to visit New York City, he added.

The annual Korean cultural program Lee organizes in the Neillsville area is primarily a program for Korean children. Lee has been bringing groups of Korean (Kangwon Province) children to rural Wisconsin for homestays for the last six years. As a part of that program, about four chaperones are needed to accompany the children from Korea to Wisconsin and back. Chaperones with special skills or expertise are chosen so that they can provide school enrichment and special programs for area groups and churches during their stay in the Neillsville area.

The program has had adult chaperones with expertise in topics such social work, agriculture, and education, he said. This year’s group is the first professional performing group which has participated in the exchange. The four members teach and perform traditional folk (samulnori) drumming, and also play two types of Korean flute and a reed instrument, the taepyongso. 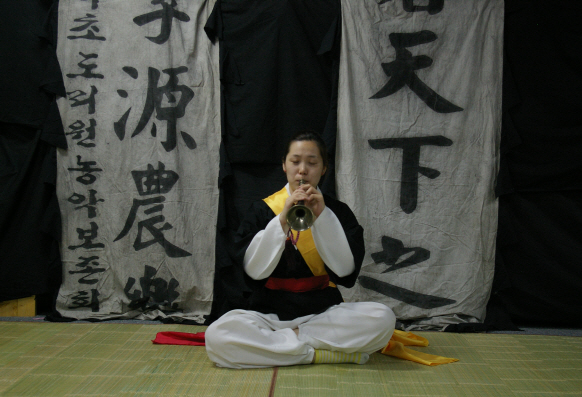 Neillsville, located about 140 miles east of St. Paul, has a population of about 2,400 and is the Clark County seat; the largest population center of the area is nearby Marshfield, with about 19,000.It is similar in density to the city of Sokcho and nearby area in Kangwon Province, on the east coast and in the northeastern corner of South Korea. With a population of only about 20,000, it is one of the least populous areas of South Korea.

While the children stay at the homes of people spread throughout eight different school districts in and around the western Wisconsin town of Neillsville, the performers have been giving performances and demonstrations at area schools and churches in the area.

The Methodist church conference in Wisconsin has sent Wisconsin pastors to South Korea for exchanges, however, there has been no corresponding exchange trip of Wisconsin students to Kangwon Province. Korean parents have an intense interest in having their children learn English, since formal training in English language now starts in the third grade in Korea, Lee said. Parents often send their children to private academies or tutoring programs to boost their English acquisition skills. There is no corresponding desire on the part of mainstream parents for their younger children learn Korean, he added.

The children are pretty good at school,” he said of the exchange students. Because they have some background in English when they come, they are able to catch on and keep up with their Wisconsinite schoolmates.

Lee has been living in Wisconsin since 1990, except for a three-year period between 2000 and 2003, when he accepted an assignment in Japan as a Methodist Church missionary. He has been involved in organizing cultural exchange programs with Kangwon Province of various kinds since 1992. In all, he has been in the U.S. as a minister for 32 years, he said, starting in New York City. 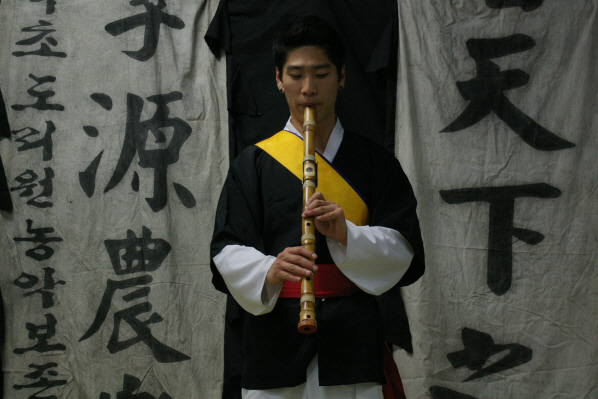 Dongsu Lee’s blog about his program for Korean children in Neillsville is: http://blog.naver.com/neilsville