What would a festival be without facepainting? (photos by Margo Ashmore)

It started with a mother’s desire to see her biracial kids not lose the beginnings of language they picked up while in Korea. Perhaps, just as her kids would be the oldest accepted, there will be a Minneapolis Korean “immersion” school, in 2012, Sejong Academy. The school’s working board held a fundraising festival August 14 at the Church of All Nations in Columbia Heights.

Julie Chi’s husband is a native Korean who came to America at age 24. She said they brought their twin boy and girl to Korea for their first birthday. Koreans have elaborate ceremonies and garb for the first birthday because making it to that milestone indicates a good chance that the child will survive and be strong, according to a display at the festival.

“We went back when they were about 3, in 2006, to be with their grandparents,” Chi said, explaining that “we don’t speak it at home, his English is better than my Korean. I’m an English as a Second Language teacher and we really tried hard, but it is so hard to teach without immersion.” While in Korea for that summer, the kids were in pre-school five days a week, in trade for her teaching English one hour a week.

“They started to say a few things to each other in play, and I thought ‘oh-good’ but then it was August and we had to go. Chi said she was sad that they were losing what they learned, once home in America.

She then noticed a Chinese family in her neighborhood promoting the Yinghua Academy, found out more about it and wanted to do the same type of thing with Korean immersion.

Sejong Academy board president Grace Lee said that while the most common types of families interested in this school would be Koreans or Korean adoptees (Minnesota is the biggest adopter in the United States, and second in the world in Korean adoptions), there’s another audience as well.

“South Korea is the tenth largest economy in the world,” so any family wanting their child to be global and bilingual could consider Sejong Academy. For example, “Samsung and LG have offices all over the world,” Lee said. “We truly plan to offer a diverse and global citizen experience.”

They are adding members with different skills and races to their board, which already includes a Caucasian, an African American, a Laotian, and a bi-racial person in addition to Koreans.  They expect to make their application this winter through one of the charter authorizers.

“We’re this band of parents figuring out the system,” Lee said, explaining that the rules for applying to have a charter school have changed several times in the three years they have been working on it, and there has been turnover on the board. The applications used to go directly to the state, and now they go through authorizers.

Sejong’s board has been raising funds to pay a professional to help prepare and edit their application. Chi added that they also pay for more board training in immersion concepts and to visit other Korean schools in other states.

They’ve been taking names of possible interested families; about 100 had expressed interest before the festival, but quite a few of them had students too young or too old to participate at the time the school would start. It would start as a kindergarten- grade 4 in 2012 and add a grade each year until reaching K-8. More came forward at the festival, and in total there are about 70 now interested, Lee said.

“We’ll need to get our numbers up,” Lee said, since the authorizer they think they will use requires 100 potential students in order to make the application. Based on where the students seem to be coming from, Minneapolis looks like the most likely central hub, and the board has even identified a possible location.

“We like Tuttle [in Marcy-Holmes neighborhood], but of course would have to negotiate, and it may not even be available when we’re ready,” Lee said. It’s near the University of Minnesota, so it would be convenient for international students who might come to tutor. 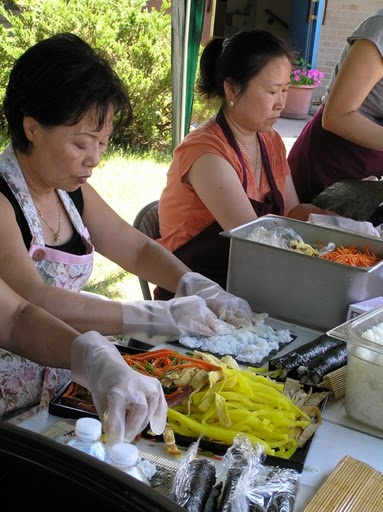 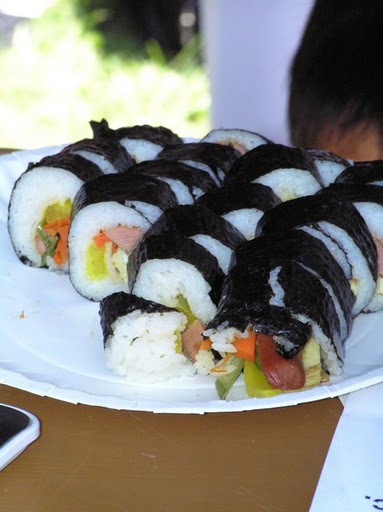 And yes, the meat happened to be wieners, or something that looked and tasted a lot like them. 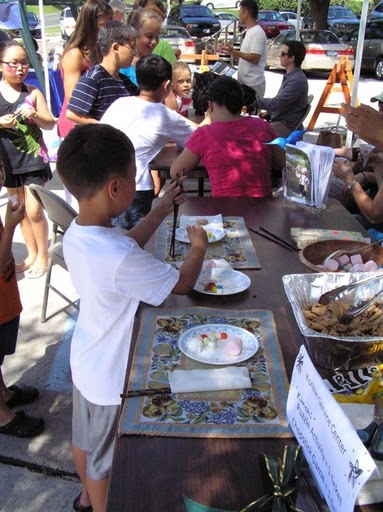 Kids could try their hands at using chopsticks to lift various candy items from the plate to a napkin; as many items as they could transfer, they could have to eat. Organizers said the big marshmallows were the most popular. 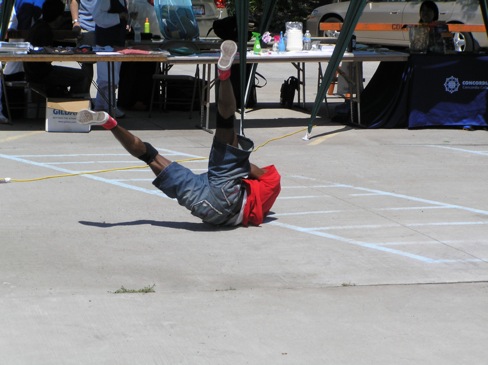 A couple times during the festival, Christ UP Dance Crew challenged onlookers to a K-pop/ Hip Hop performance/contest.

The event also featured mini Korean lessons with arts, crafts, and math classes to reinforce the lessons, a fan dance performane, a Taekwondo demo and a drum performance. Target employees, members of their Asian Business Council, read Korean folk tales and children’s stories throughout the day. Organizers estimate about 300 attended the festival, with different age groups coming at different times and staying about an hour.

According to the program for the festival, the official Independence Day of South Korea is August 15, 1945. However, three years later on August 13, 1948 the Republic of Korea was formed, and Korea attained full liberation and autonomy from decades of Japanese colonization and administration, which began in 1910.