British pop rockers the Kooks played to a decently filled Mainroom at First Avenue on Sunday, November 27. Due to the relatively huge indie success of their newest single “Junk of the Heart” (the title track from their 2011 album), the Kooks have gained the confidence of a legitimate band of punk poppers, but still have something to prove.

While the 18+ show began pretty routinely with little talk, lead singer Luke Pritchard quickly ditched the guitar and mic stand and started dancing. Cue the late-teen-girl screaming. The band was on par with their reputation of being very “Strokes-y” with a little extra sugar added, and minus the destructive genius vibe you get from a grungy frontman like the Stokes’ Julian Casablancas. I often felt myself wishing the Kooks would give me more than they were.

One notable instance was when Pritchard perched on a lone stool to play an acoustic version of “Seaside.” “This is dedicated to one of my heroes, Mason Jennings,” he said. The crowd roared in approval for his recognition of a local music wonder, but was left feeling let down after the bland rendition.

“Do You Wanna (Make Love to Me)?” was one of the best songs played during the Kooks’ one-hour set. This song is not what one would call “lyrically dense” as it is basically restricted to the words in the title, but that didn’t stop the dirty rock and roll from seeping through the cracks that the lyrics left wide open. “Finally,” I thought to myself, “the Kooks are going to turn it on now.” Well…they did, sort of, but not until the encore when they layered the indie-pop gem “Junk of the Heart” with an older partial hit “Naive.” It was the only time during the show where the whole crowd seemed to be absorbed in the music. 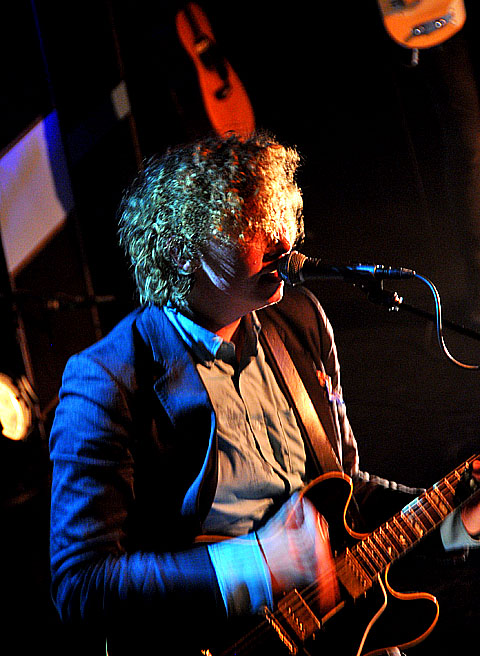 The Kooks are very formulaic in terms of their band makeup, sound, and overall content, but that’s not necessarily a bad thing. Take one part semi-contagious harmonizing pop singles, one part intimate rock-and-roll guitar solos, then add a lead singer who bounces off the walls, twists his leg like Elvis, and milks his adorable British accent. Boom. You’ve got a pretty likeable band. The problem is, the current British re-Invasion has supplied us with loads of bands just like this, and the Kooks have got to start doing something that sets them apart from the rest.

To be clear, this isn’t completely criticism, by any means. During their strongest songs like “Junk of the Heart” or “How’d You Like That?” I was hard pressed to find anyone who wasn’t bobbing their head or tapping their foot. There’s an obvious appeal when the Kooks get into their element; they just need to define said element and get into it much more often. 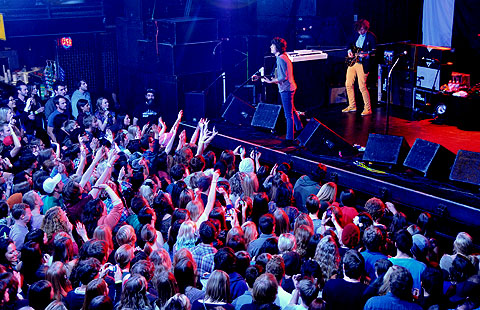