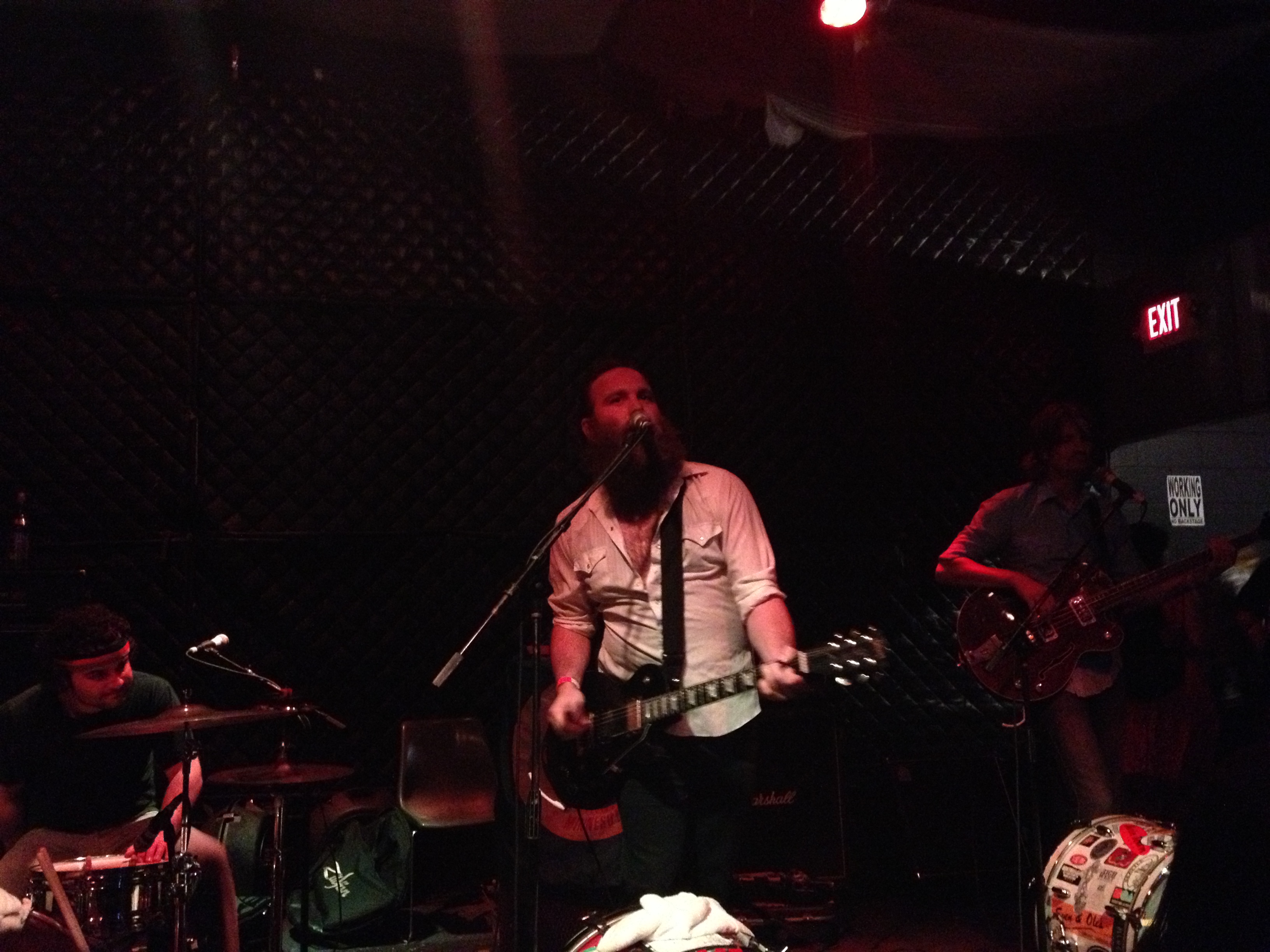 The Triple Rock Social Club ended their Fourth of July three-night extravaganza with a surprise fourth night with four Minnesota bands: Koo Koo Kangaroo, Pink Mink, Dillinger Four and 4onthefloor. The show was announced on Friday. It seems like there were visions of a big night with big crowds and while that didn’t manifest is was a fun night with a hometown feel.

Koo Koo Kangaroo started the night with their music for all ages–from Rolling in the Minivan to Awesome Rainbows. While many stood back and watched, there was a group of hardcore fans dancing up front. Everyone enjoyed when Gabe Douglas stormed the stage and sang along. The night had that sort of family feel where bands watched each other play and more than once joined in the effort. The highlight of Koo Koo Kangaroo was the parachute at the end of the set. Who doesn’t want to go back to grade school gym class as a kid tall enough to reach the parachute?

Pink Mink was up next. They sounded great, which is especially impressive given the lead singer (Christy Hunt) had a baby just over a month ago. I happened to see them about two months ago at the Turf Club when Hunt and fellow band member Arzu Gokcen performed a very physical show for an appreciative audience. This show didn’t have the same showmanship, but, spoiler alert–sometimes it’s easier to be 8 months pregnant than have an infant. That doesn’t detract from the solid set they did offer to last night.

I was wondering who would play last Dillinger Four (D4) or 4onthefloor (4otf). Turns out 4otf were the headliners, but D4 put on a very fun show, sponsored I think by Powers whiskey. They played their first album – not always with great success in terms of remembering all of the words, but the crowd was happy with it. Actually the show again had a very hometown, end of a long weekend feel in a good way. The D4 crowd definitely enjoyed it and the 4otf crowd seemed to enjoy it as well. That was one of the fun things about the show was that each band seemed to have their own following but that following seemed open to enjoying other Minnesota bands.

Final entry was 4otf. I like their latest album but it was fun to hear them play a lot of old stuff. 4oft seems to sell out First Avenue quickly. The shows there are packed and raucous. I always enjoy seeing them in a smaller setting with a more intimate audience. And the 4oft audience is a group that knows each other. So we all sang and danced and swayed to their old songs. This was the first time I have seen them with the newest drummer, who seemed to fit right in. They sounded great and again I think played only one or two songs off the latest album and otherwise treated us to songs we’ve been enjoying for years. A highlight was “For Pa.”