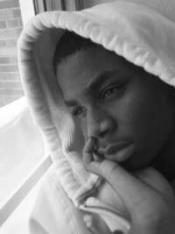 On a typical school day Dale Armstrong walks to 16th and Queen Av. N. to get on his school bus at 7:48 a.m. to take him all the way across town to south Minneapolis, on the border of Edina.

Dale is a freshman at Southwest High School this year. He attends Southwest because he and his parents both feel there he will receive a better education and he will be able to stay more focused. Dale likes Southwest and has gotten involved. He has a small part in the school musical 42nd Street, and plans to go out for track in the spring.

But he recently received a letter telling him that he will not be able to attend Southwest next fall unless he can provide his own transportation or is willing to take the city bus with the card supplied by the school district. Unless he qualifies for a special program targeted at low-income students in north Minneapolis, he will have to go to North, Edison or Henry High Schools, all schools he considered before and rejected.

“I’m really upset that my options are being taken away, and the schools I have to choose from aren’t as good as schools like Southwest,” Dale said. “Most African Americans live over north, and we’re the ones who get the schools that need the most improvement.”

The Minneapolis school board voted unanimously last fall to implement three school zones in the city beginning next fall, with most students required to attend a school in their zone. There will be three zones. The high schools include Roosevelt and South in Zone 1 in south Minneapolis, Washburn and Southwest in Zone 2 in southwest Minneapolis, and Henry and Edison in Zone 3 on the city’s north side. English Language Learners won’t be affected by the change because they attend special programs that often require them to travel outside the zone where they live. New ELL 9th graders will be limited to programs in their own zone.

According to Jackie Turner, executive director of student engagement for the district, 2,500 students K-7 were notified they would not be eligible for transportation next fall because they attend schools outside their home zones.

Meanwhile, some 1,250 students in grades 9 through 11 won’t be able to take school buses to high schools outside their zones. But they will be eligible for Go-Passes for the city bus, she said.

In addition, high school students who live south of Dowling and north of Olson Memorial Highway in north Minneapolis will still be able to take school buses to South and Southwest High Schools. The expanded-choice program is designed to move poor students from a neighborhood of high poverty into high schools that have the lowest proportion of poverty, she said.

Turner said the changes will mean 30 fewer school buses next fall and a district savings of between $1.4 million and $1.8 million. This will help the district shrink an expected $14 million shortfall in funding for next year.

“We can no longer afford to have as many choices,” said Theartrice Williams, a school board member who represents the city’s north side. Williams and other board members also want the district to improve the quality of weaker schools so that all students can attend high-quality schools closer to where they live.

Like Dale, other students, teachers, and parents are angered by the district’s decision to create these new zones and push students to go to schools they necessarily don’t want to attend.

“It segregates people by where they live, like it was when I was young,” said Dennis Sponsler, a visual arts teacher at South High School, who grew up in Omaha in the 1950s and 1960s.

The school board and incoming superintendent Bernadeia Johnson also say they want to improve schools like Henry and other high schools that have been perceived as inadequate. The money they save on busing will be used to make all schools better, they say. They are trying to make schools stronger through community participation.

“We need support from the community to make all our schools desirable,” said Williams.

Williams went on to say that people sometimes stereotype schools that are located in minority neighborhoods. Henry High School, which is in north Minneapolis, has a reputation as academically deprived, even though it has a strong International Baccalaureate program.

Junior Kayla Johnson, who lives in north Minneapolis but attends Southwest, doesn’t think it’s fair that students like her are being told they should go to northside high schools to try to improve them.

” Why do they have to better schools at our expense?” she asked.