Above: Kelly Fern today (photo by Jay Gabler). Below: Fern in Korea, just before her adoption, and in Korea with her sisters in 2008 (photos courtesy Fern family).

The more you learn about Kelly Fern, the more you want to know. Not only does she tell a moving personal story of being adopted from Korea at age five, she reveals that on the flight to America, her identity was accidentally switched with that of another young adoptee—a circumstance that ultimately resulted in her family adopting three Korean girls, not just the two sisters they’d expected. Further, Fern herself had a child who she gave up for adoption. In the space of less than a year, Fern recently reconnected with both her biological family in Korea and her biological daughter in Minnesota. By this point, you may be thinking Fern should write a book—and, in fact, she has.

Fern’s memoir Songs of My Families (Lantern Books) is now seeing its first publication in English, but it’s already well-known in Korea: Fern first wrote the book for a Korean audience, then added material and revised the book for its publication in English. Fern doesn’t speak Korean fluently, so the book’s first edition had to be translated; the reason it first appeared in Korea was that Fern is a minor celebrity there. When Fern, her husband, and their children got off the plane in Korea to meet Fern’s biological family, they were surprised to also be greeted by a film crew who asked for permission to chronicle Fern’s visit. The resulting documentary film about Fern and her families has been a hit on Korean television.

Some of the new material in the English edition concerns the molestation Fern suffered, as a child, at the hands of a neighbor boy in her adopted home in Rochester. Fern wasn’t able to tell her parents about the abuse until years later, and though she now describes herself as healed, the abuse profoundly affected Fern’s life: coming to terms with the circumstance and her feelings about it is part of Fern’s journey as well.

Fern now lives in Minneapolis with her husband Brad—coauthor of Songs of My Families—and their two children. In addition to caring for her children and writing, Fern works as a Homeland Security officer. On one of the few snowy days in January, I met Kelly and Brad Fern for coffee in Linden Hills and we talked about her remarkable story. 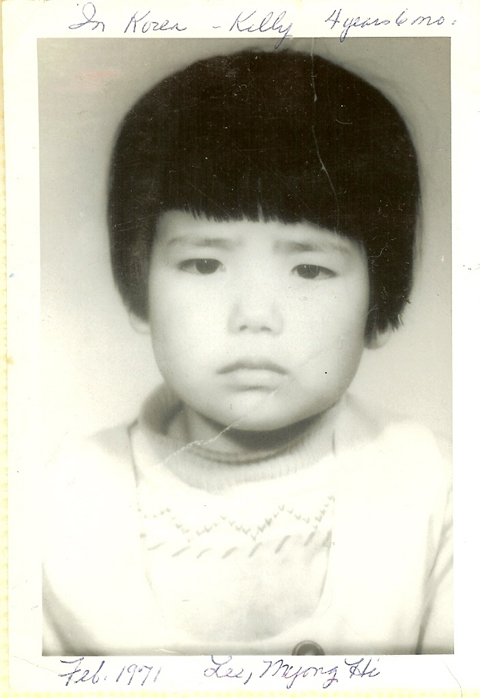 Your book is just being published in America, but I understand you’re already famous in Korea.

Kelly: The documentary was one of the most popular of the year. It was my Korean family’s idea: they had been searching for me, and one of them contacted Korean Broadcasting. They were interested, and they showed up at the airport. When I got there and was hugging my family, I realized there was a camera in my face. They were very respectful, though, and asked if it was okay.

Brad: I asked the producers why they picked Kelly, and they said because it’s a switched-at-birth story, because of the spread of time—37 years—and because of the fact that everyone was alive and still together. They didn’t even realize, though, that it was actually a double adoption story.

Kelly: I didn’t talk about [my biological daughter] in the Korean book, though.

Tell me about your decision to write the book.

Kelly: Brad had been bugging me, saying, “Your story would make a great book.” I kept saying no, everyone’s got their own story, why would anyone be interested in my story? Then one day Brad came home with [editor] Scott Edelstein, and we told him my story.

Brad: I was working with Scott because I coauthored a book on working with adolescent delinquents. When Scott heard Kelly’s story, he said, “Drop everything and tell that story.”

Did you reach a new understanding of your life in the process of writing about it?

Kelly: Huge. The whole process took about four years, and I felt that during that time I learned so much more about myself. I worked through things I thought I had gotten over, but I really hadn’t. I thought I was over all the anger over things that had happened in the past, but I found out that I was still angry, that I hadn’t got over being sexually abused and feeling that no one came to my rescue. I was still wanting my [Korean] father to show up as a knight in shining armor to take me back to my family. I now know that would never have solved anything. I realized as I wrote the book that I’d never allowed myself to be angry.

It’s a moving passage in the book, when you acknowledge the disappointment you felt when you met your father again.

Kelly: I really put him up on a pedestal. I knew him for five years, and I remembered that relationship, which was a very loving, caring one. When my mother agreed to give me up, he was bedridden—almost in a coma.

What do you think that people who are neither adoptees nor parents who have given children up for adoption don’t understand about the experiences of adoptees?

Kelly: That’s a very difficult question, because everyone is going to experience their adoption differently. There are so many horrible adoption stories, but the ratio of horrible stories [among adoptive familes] and horrible stories [involving children raised by their biological parents] is about the same. More people remember those bad stories about adopted kids, but among adoptive families and biological families, there’s about the same proportion of bad families, good families, and everything in between.

In the book you mention experiencing outright racism and derogatory name-calling when you were a young girl in Rochester. Do you still experience racism in Minneapolis today?

Kelly: It’s different. Of course there are still racist people, but many more people are now aware that regardless of who you are, everyone’s a human on the inside. There is less racism now, and I also realize that a lot of it comes from ignorance. I also think that now, it’s almost cool to be Asian. Our kids argue over who’s more Korean; in my time [as a child], I didn’t want to be Korean. I was categorized as somebody different, teased and ostracized. Now people might still ask me questions that offend me, but I know that it’s not [necessarily] because they’re racist—it’s often just ignorance.

You’ve faced a lot of challenges in your life to date. What are your goals for the coming years?

Kelly: I would love to go farther with this book, maybe do some speaking engagements. For my first reading, at Magers & Quinn, I was really nervous but then 70 people showed up and I discovered that I enjoyed speaking in front of them. It comforted me, and it made me feel very good. 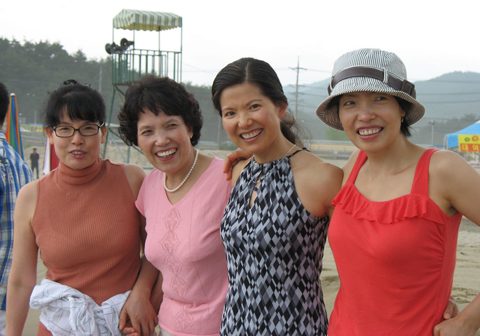